The newspaper would seize operation as police froze its $2.3 million of assets, searched the office and arrested five editors and top executives. The top management was accused of endangering national security and foreign collaboration. Apple daily was accused of criticising Chinese policies that China is endangering the city’s freedom; Mainland China does not have the freedoms that Hong Kong does.

The newspaper also accused China of going back on its word of Basic Law. Chinese pressure on the pro-democracy paper increased after the massive protest of 2019 on national security law. To curb opposition Chinese authorities arrested newspaper employees and changed Hong Kong’s election laws completely to keep the opposition out of the legislature. 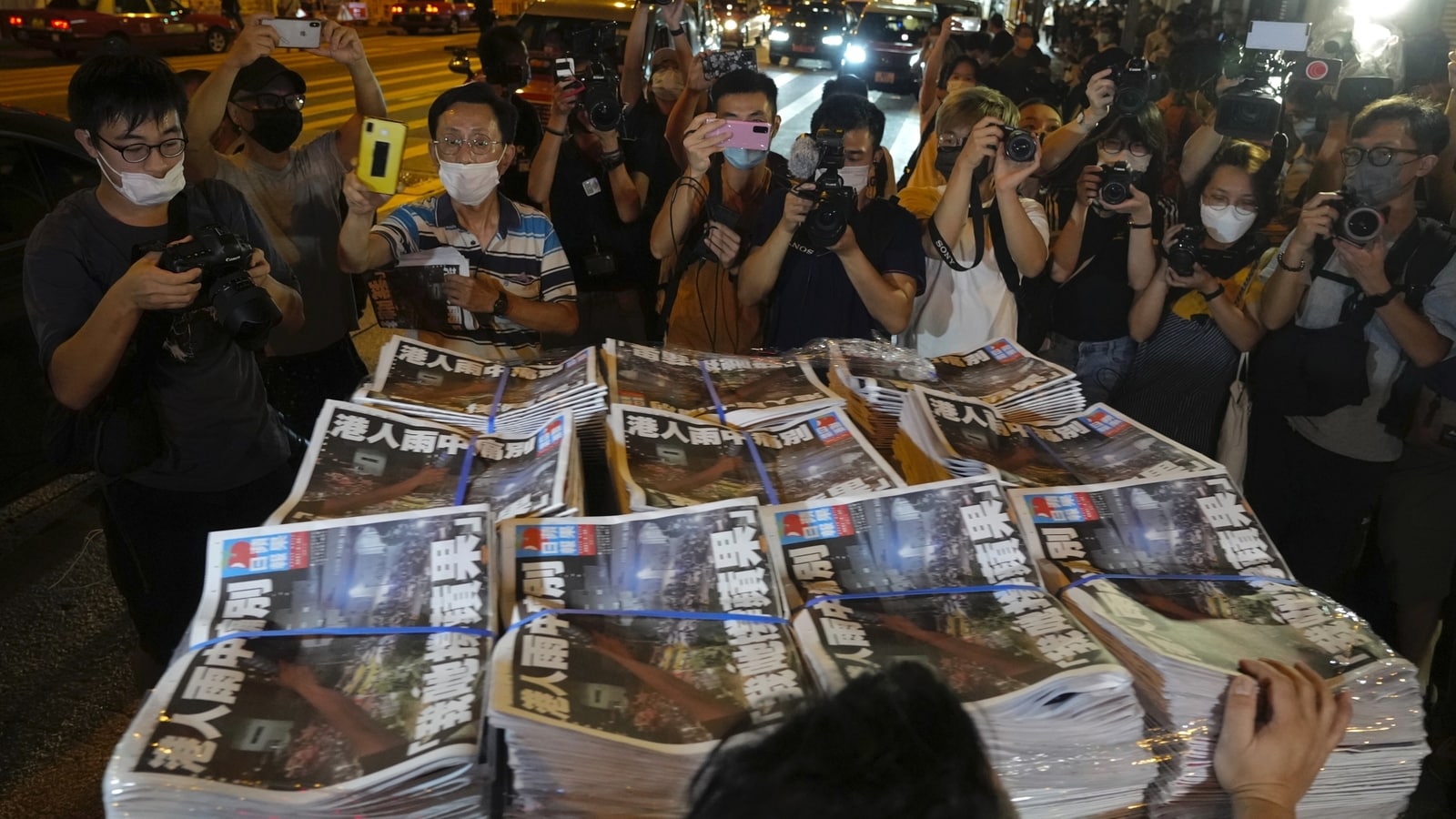 All these signs paint a clear picture that China is trying to smother Hong Kong’s freedom of speech and expression, civil liberties and legislation. The closure of Apple daily is a black day for freedom of the press in Hong Kong. Under the national security law more than a hundred people were arrested who were pro-democracy advocates.

This list includes Jimmy Lai, the media tycoon and founder of Apple daily. Governments worldwide are shunning this move and this day will be remembered as a black day in history of Hong Kong.

What is the political status of Hong Kong and what is Basic Law?

Basic Law protects rights such as freedom of assembly, freedom of speech – both these rights are not available in China mainland. It also sets out governance structure for the SAR. It states that Hong Kong will be ruled by a chief executive alongside a formal body of advisers called the executive council. The Basic Law allows Hong Kong to have two- tired representative system of government with a legislative council and a district council with an independent judiciary. District councils have limited powers and act as advisory and eyes and ears of the government at local level. They present their views on the use of funds for public facilities and can spend some funds on environmental, community and cultural projects. The main aim of Basic Law is to select chief executive by universal suffrage upon nomination by a representative committee – historically, the members of this committee have always been pro-Beijing. Hence the Hong Kongers feel they are cheated and not given the promised level of democracy.

According to Basic Law courts of Hong Kong’s courts can legislate within the limits of autonomy, but the National People’s Congress Standing Committee NPCSC which is China’s stand Parliament holds the ultimate power of interpretation and execution of the law. NPCSC has been accused many times of changing the law rather than clarifying its execution.

The Chinese government has since time immemorial accused Hong Kong SAR of not fulfilling its constitutional duty. The duty called for enacting national security legislation which is in line with China’s constitution and agreed basic law. If such law is enacted it will suffocate civil liberties in Hong Kong SAR and undermine the Basic Law which provides Hong Kong with selective autonomy.

In 2019 the protesters were marching against the extradition bill, it proposed to extradite suspects and accused of crimes such as rape and murder to mainland China for trial. Citizens of Hong Kong resisted against extradition bill because it’s easy to list anyone as a suspect in above-mentioned crimes. The bill would purposefully target political opponents and pro-democracy activists of Hong Kong. These suspects and accused, once extradited to China, could never come back, face torture and unfair trial. Since Hong Kong has independent judicial rights this bill would be a blow to Hong Kong’s autonomy; which is already in pieces.

The impact of the protest on Taiwan was Progressive Democratic Party, which is a pro-democracy political party that won the elections. The protest brought Hong Kongers nothing but strict foreign policy and a tough stance on internal security issues.

Let’s take a look at the root of all the problems- National Security Law?

The law would allow Beijing to set up national security instructions in Hong Kong and Beijing can bypass Hong Kong’s legislative council.

In the above discussed Basic Law, article 23 of the Basic Law states that Hong Kong has to enact a national security law which is on the lines of Chinese constitution to prohibit any act of– treason, sedition, secession, subversion against Central People’s government, theft of state secrets, allowing foreign political organisations from conducting political activities with SAR, establishing relations with foreign political organisations or bodies.

It is clearly stated in basic law that only Hong Kong legislative council LegCo can make, amends and repeal laws; Beijing is pushing Hong Kong to pass the new legislation which allows the People’s Government to make national security laws of Hong Kong. Beijing fears that once Democratic party comes into power in the 2020 elections Hong Kong will fly away from its clutches. 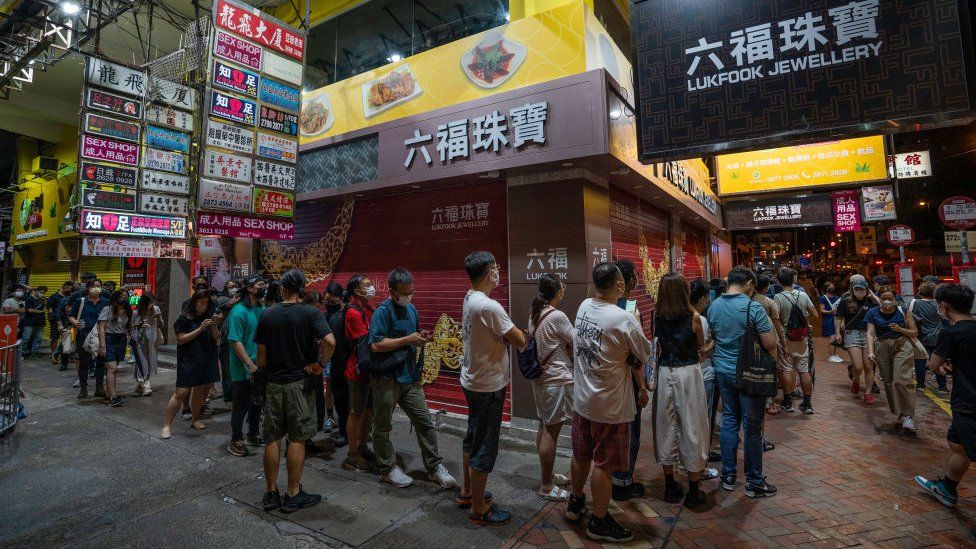 Beijing can insert national security law in Annex III of the basic law if it wishes to bypass the legislative council of Hong Kong. Article 18 of basic law states that national laws can be imposed in Hong Kong if they are placed in Annex III but they must be confined to subject matter of defence, foreign affairs and matters off-limits to the autonomous region. Once any law is listed in Annex III it is automatically put into effect and can be legislated locally in SAR.

It is criticised by Democrats because it undermines one country two systems rule where the SAR is given increased autonomy. If Annex III route is used it will effectively bring the entire SAR into Chinese control and civil liberties will be compromised. Any secessionist and seditious activities that oppose mainland China will violate the national security law, bringing strict punishments.

The timing of implementing the national security law is a stitch in time which will save nine because governments all over the world are grappling with pandemic and their attention is diverted from Hong Kong to containing the virus.

The protest of 2019 in Hong Kong was the largest ever after 1997, it has brought global attention and support on forced, secretive and authoritarian system of governance used by China. The Chinese believe that their citizens can be regulated everywhere every time. 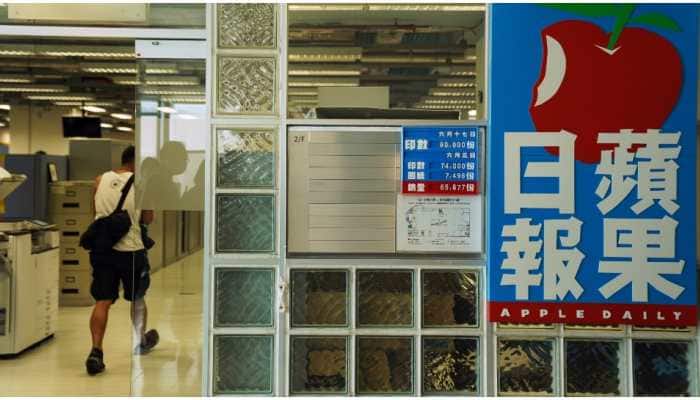 Apple Daily has always been suspicious of the Chinese intentions on Basic Laws. Hong Kong status as a semi-autonomous region controlled by China under the it would come to an end in 2047. Present situations and clampdown by Beijing suggests that the law may end but the status may not.

If national security law comes into force, Hong Kong‘s position as an East Asian trading hub would be compromised. This would lead to universal setback for China as it is already dealing with allegations of withholding information related to COVID-19.

Equity v/s efficiency- are the paths really so different for Indian economy?

The Delta variant of covid-19 and India's bad condition