Azure Power is a leading independent sustainable energy solutions provider and renewable power producer located in India. It is currently on a mission to create value for all energy stakeholders with the help of high-performance Renewable Energy assets.

Recently, the company has revealed that it has entered into an agreement for 600 megawatts DC of high-performance, advanced thin photovoltaic solar modules from First Solar Inc.

The agreement is proved to be the first for the production from First Solar’s new manufacturing facility in Tamil Nadu, India. The project is to be commissioned in the second half of 2023.

Under the agreement, Azure Power is expected to deliver First Solar’s Series photovoltaic cells (PV) solar modules beginning from the fourth quarter of 2023 to 2025.
The chief executive officer, Rupesh Agarwal of Azure power has expressed his opinions in an interview regarding the collaboration with First Solar regarding their latest series 7. He said that the long-term agreement would be beneficial for the company for de-risking the supply side with the newest technology available in the market. 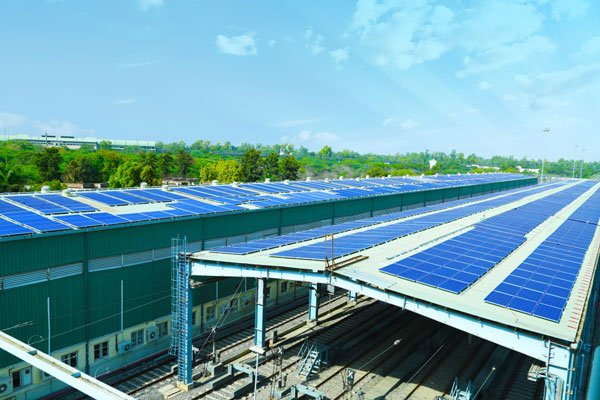 First Solar’s vertically integrated manufacturing facility is based in Chennai and is believed to have an annual capacity of 3.3 GWDC and will produce a version of the company’s series 7 modulus, which is adequate for the Indian market.

The company is the most unique among the largest solar manufacturing companies for being the only company, with headquarters situated in the US.

The company produces its thin film-PV modules using a fully integrated, continuous process, and the process is conducted under one roof.

First Solar and Azure power shares a long relationship that dates way back, and the latter is the first launch customer for the product that is made to suit the Indian requirements and manufactured in India.

The deal between the emerging companies shows how experienced developers and independent power producers in India are increasingly taking a strategic view on procurement and establishing long-term commitments.

This will, in turn, help to control the short-term pricing and the volatility of the supply of crude oil. When a company partners with the First solar, it will benefit from the certainty of pricing, supply, and technology that is advantageous for India’s environment.

First solar products are designed and developed in the Research and Development centers in the United States. The company deals with thin film PV modules setting industry benchmarks for quality, durability, reliability, design, and environmental performance.
The modules have a carbon footprint of 2.5 times lower and a water footprint that is three times lower than the crystalline silicon solar panel manufactured in China.

In addition, First Solar is the only company among the largest manufacturers of solar energy to be a part of the Responsible Business Alliance. The organization supports the rights and well-being of the workers and the communities in the global supply chain.
Moreover, First Solar has recently announced that it plans on investing up to 1.2 billion USD in building the fourth factory in the US Southeast while increasing the manufacturing unit in Ohio.

The company is currently focussing on establishing a new manufacturing Faculty in India and a third factor in the US which would be online in 2023.

First Solar is a leading American Solar technology company and global provider of eco-efficient solar modules that would help to cope with the adverse effects of climate change.
The products are developed in R&D labs in California and Ohio and the company’s latest product represents the next generation of solar technology providing a competitive, efficient performance using a low carbon source that can be used alternatively to conventional crystalline panels.

The technology utilized by the company is based on sustainability and responsibility towards the people and the planet.

Fintechs are optimistic they can fulfill the RBI deadline for current digital loans, but several obstacles remain.