Karnataka High Court was approached by Flipkart and Amazon to challenge the order of probe by the Competition Commission of India CCI into their working. They moved to the division bench of Karnataka High Court when a single judge dismissed pleas of the e-commerce giants to prevent the CCI probing. The probe was ordered by Karnataka HC because Amazon and Flipkart are allegedly participating in anti-competitive practices, preferential treatment to their favourite sellers and predatory pricing.

There were numerous hearings and recommendations on this case made by affected groups. Amazon and Flipkart filed their pleas separately saying that a repairable loss will be incurred to the appellants if the inquiry is given a green signal, the investigation will be an intrusive act rendering them vulnerable to injustice and invasion of privacy.

They are also blaming the whistleblower that it was bribed by the CAIT- Confederation of All India Traders to present lies in front of CCI, hence the investigation by the CCI will be an abuse of the judicial process. It’s now common knowledge all over the world that big tech firms are indulging in malpractices to generate more revenue, governments have enough straw in the wind to deter them.

What is the Competition Commission of India? 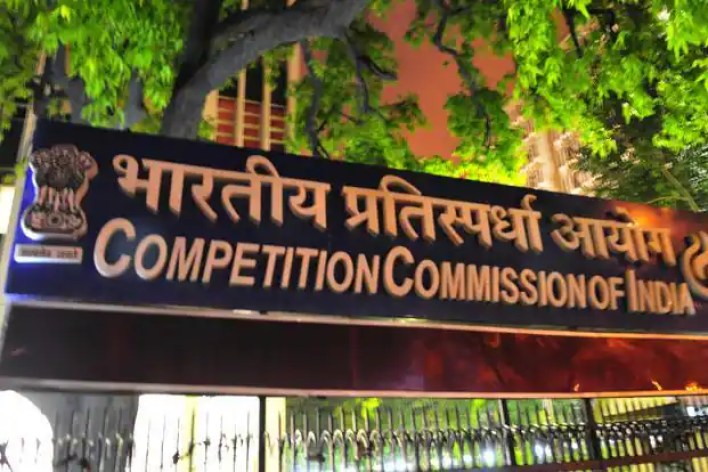 The Competition Commission of India is the regulator of competition. It’s a body of government of India passed by the statute of 2002, which is responsible for enforcing the Competition Act, 2002. The CCI also has the responsibility of promoting free and fair contest and preventing any activity that harms competition. It also aims to protect the interest of consumers, harbour an environment that would support the market, its traders and consumers.

All economic activities in the country should ensure inclusive growth and development of everyone. The CCI endeavours to champion competition and spread information equally so that everyone is aided from the competition with a robust competition lineage solidified in India.

What are the provisions of the competition act, 2002? 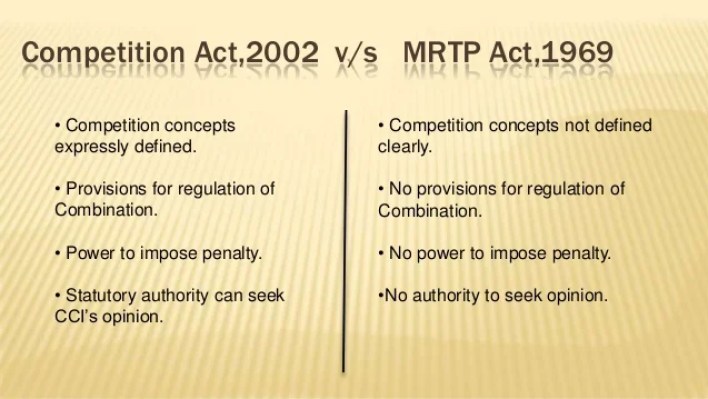 The Competition Act 2002 replaced the old Monopolies and Restrictive Trade Practices Commission of 1969. Apart from unfair trade practices and competitive practices unreasonable government interference in the market is also punishable under the competition act.

This act draws insight from the Washington Consensus which advocated for free-market, minimal taxes and least government interference so that market can decide everything on its own. The evils of monopoly and larger than life big tech companies are an offshoot of this Washington consensus. The governments all over are now picking up the pieces left by the market. US anti-trust laws and the Monopolies and Restrictive Trade Practices Commission Act are built on the same line of ethics.

Not following these guidelines is a punishable offence with fines ranging from one lakh each day for non-compliance to a maximum of ₹10 crores. If an entity fails to pay fine they can be imprisoned for three years and fine is extended to ₹25 crores.

The act also endeavours to make way for international support and enforcement network.

What are the malpractices that Flipkart and Amazon are being screened for? 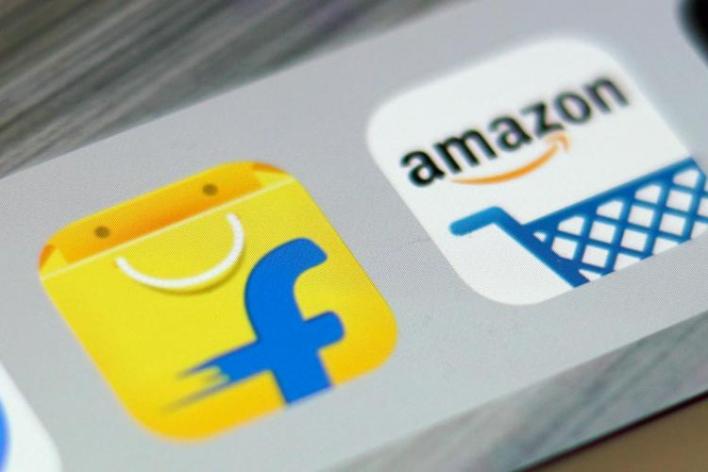 Flipkart and Amazon apart from being e-commerce giants are also platforms where start-ups and budding businesses showcase their products.

When these giants enter into preferential contracts with few big manufacturers they inhibit the advancement of small players. There are acknowledgments of agreements with smartphone makers that are hard to track because they are tacit. Delhi Vyaar Mahasangh filed a case on Amazon and Flipkart because they gave preferential treatment and deep discounting to smartphone manufacturers.

The complaint included exclusive preference given to Amazon and Flipkart to launch new cell phones which deters MSME players. Since 2018 Amazon has exclusively launched 45 and Flipkart has launched 67 mobile phones. They blamed Amazon and Flipkart to have a preferential set of sellers with nexus of ownership, hence are offered discounts during festivals like big billion days and great Indian festival. They provided emails as proof that those who sell at lower prices are preferred sellers of Amazon and Flipkart.

Deep discounting helps the discounted firm to sell their products at a lower cost which is an unachievable feat for the unprivileged manufacturers. To further the probe CCI has expanded the definition of agreement because no firm in its right mind will sign a formal agreement allowing preferential treatment. If they do it that agreement is a straight ticket to jail. The CCI also noted that the allegations require a complete revamping and an analysis of vertical agreements with their effect on competition.

What happened in US FTC and who is Lina Khan? 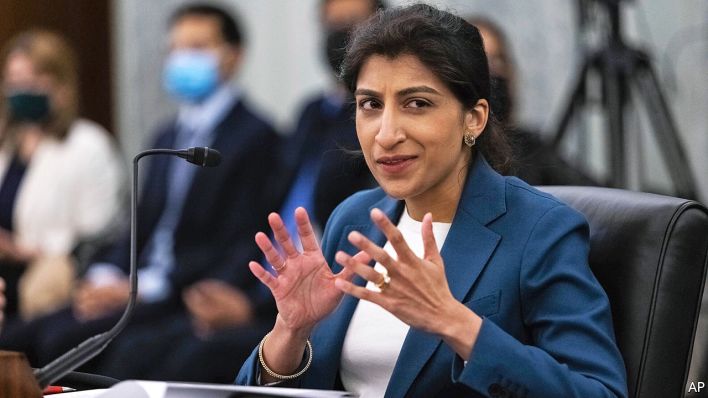 The United States Federal Trust Commission recently announced its new chair the 32-year-old Lina Khan who is a progressive and a persistent critic of anti-trust policies. She is an expert in the subject matter of immense market power of big technology companies like Apple, Alphabet, Google, Amazon. She just may be the tipping point that will break these big tech companies. They are already being investigated for malpractices by the FTC.

Even the CEO of Microsoft Bill Gates has requested the government to contain the power of these big tech firms. The US president Joe Biden has hinted at times that he aims to contain the spread and power of these firms because they are exploiting market dominance, indulging in unfair practices, preferential treatment and creation of monopoly. All these activities are prohibited by the US anti-trust laws. Bills put forward by Republican Senator Josh Hawley, the appointment of big tech critic Tim Wu in the national economic council suggests a change in strategies.

These big tech firms are now posing a threat to social, economic and democratic order of the world because revenues generated by these firms are equal to the GDP of few countries. As history is our witness too much concentration of untethered power in few hands always leads to crises. James Bond’s movie ‘Tomorrow Never Dies’ may become reality and for those who have watched the movie, it will be havoc.

Why change of attitude towards the big tech firms? 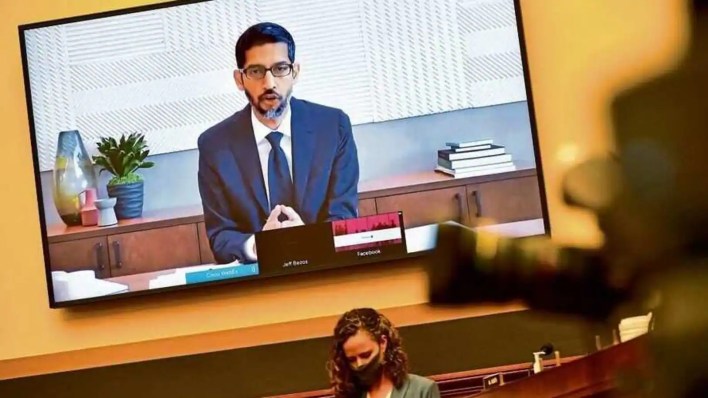 After the G7 summit of Cornwall and stagflation rendered by the pandemic has proved that leaving everything on market is a recipe for disaster. Washington Consensus in the name of offering welfare schemes created a bigger market for the US to feed on. It opened Pandora’s box when it placed infant economies and advanced economies in the same race with same rules.

The unlimited growth and influence of these big tech firms are the result of the same ideology. Since the world is now moving from the Washington Consensus to possibly a London Consensus where spending is the new normal, a leash on these firms is mandated. Unless a leash is put all the expenditure will turn into revenue exclusively for these big tech firms since they are present everywhere.

What do you need, Indian economy? - economy left in shackles and huge losses from covid-19

Space tourism and billionaires: Book a seat next to the Bezos Brothers