There are different lucky contests held in this world but the contest heldlast week was one of a kind. Amazon’s founder and world’s richest man Jeff Bezos auctioned a seat to fly to space, alongside him and his brother Mark Bezos. From 159 countries, over 7600 people participated to bid for the seat which was ultimately sold at $28 million.

The winner alongside Bezos Bros will be flying to space on the newly invented rocket system New Shepard made by Blue Origin. New Shepard will take its first human flight on 20th July which is the 52nd anniversary of man’s first step on the moon. Neil Armstrong and Buzz Aldrin 52 years ago took this historic step.

Who is Jeff Bezos and why is he interested in space? Jeff Bezos is the richest man on earth who is the owner and founder of Amazon, one of the world’s biggest e-commerce companies. Amazon initially began as an online bookstore which later expanded into providing everything from A to Z. It later expanded into video and audio streaming, cloud computing and artificial intelligence.

The exponential population growth and ever-expanding greed have forced humanity to look for another home.

Things like climate change, pollution, deforestation, global warming and rising sea levels are just the preview of what humans can do to their home. He believes that with time, space travel will be cheaper and simpler. His vision sees space as an industrial area where everything will be manufactured and sent down to earth so that pollution stays in space and earth will be a clean residential area. It will be people’s choice to live in outer space or on earth.

He hopes to make space travel as common as road travel one day. He strongly believes in the quote that – you have not inherited this earth, you have borrowed it from your children. This dream is believable because sometime back invention of the wheel was a game-changer. Bezos understands the fact that it will be hundreds of years before the dream of colonising space will become reality, but everything that we live on was a dream conjured years ago. Space travel will ensure that human beings see their planet as beautiful and fragile which needs to be preserved. This is why Bezos founded Blue Origin. 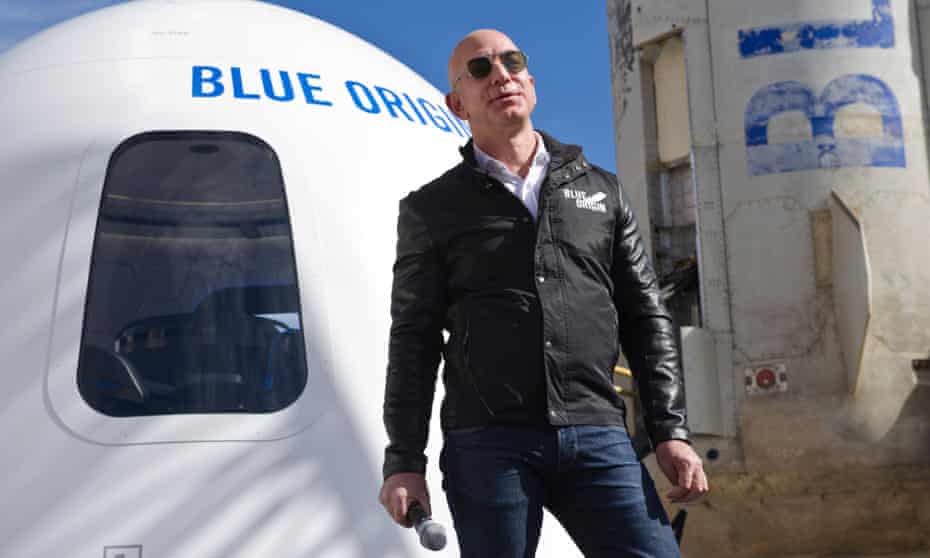 What is the blue origin?

Blue Origin is an American privately-funded aerospace manufacturer and suborbital spaceflight services company founded by American billionaire Jeff Bezos. The company provides sub-orbital space flight services so that the passengers sitting in the spacecraft do not escape into space.

Sub-orbital flight ensures that the spacecraft does not complete one full revolution, doesn’t reach escape velocity and stays connected to the earth or the gravitating body. The company aims to make space travel and space access cheaper and reliable through reusable launch vehicles.

The company is slowly moving from suborbital to orbital flight and focuses on vertical takeoff and landing powered by rockets. The company has been testing its Blue Shepard system for a long time, in every unmanned and uncrewed vehicle test flight, they have covered more than a hundred kilometres, achieved the speed of Mach 3 and almost crossed the Karman line. The cherry on top was soft landing of space capsule and rocket booster so that they are reusable in the next test. Karman line is an imaginary line that attempts to separate the earth’s atmosphere from outer space. 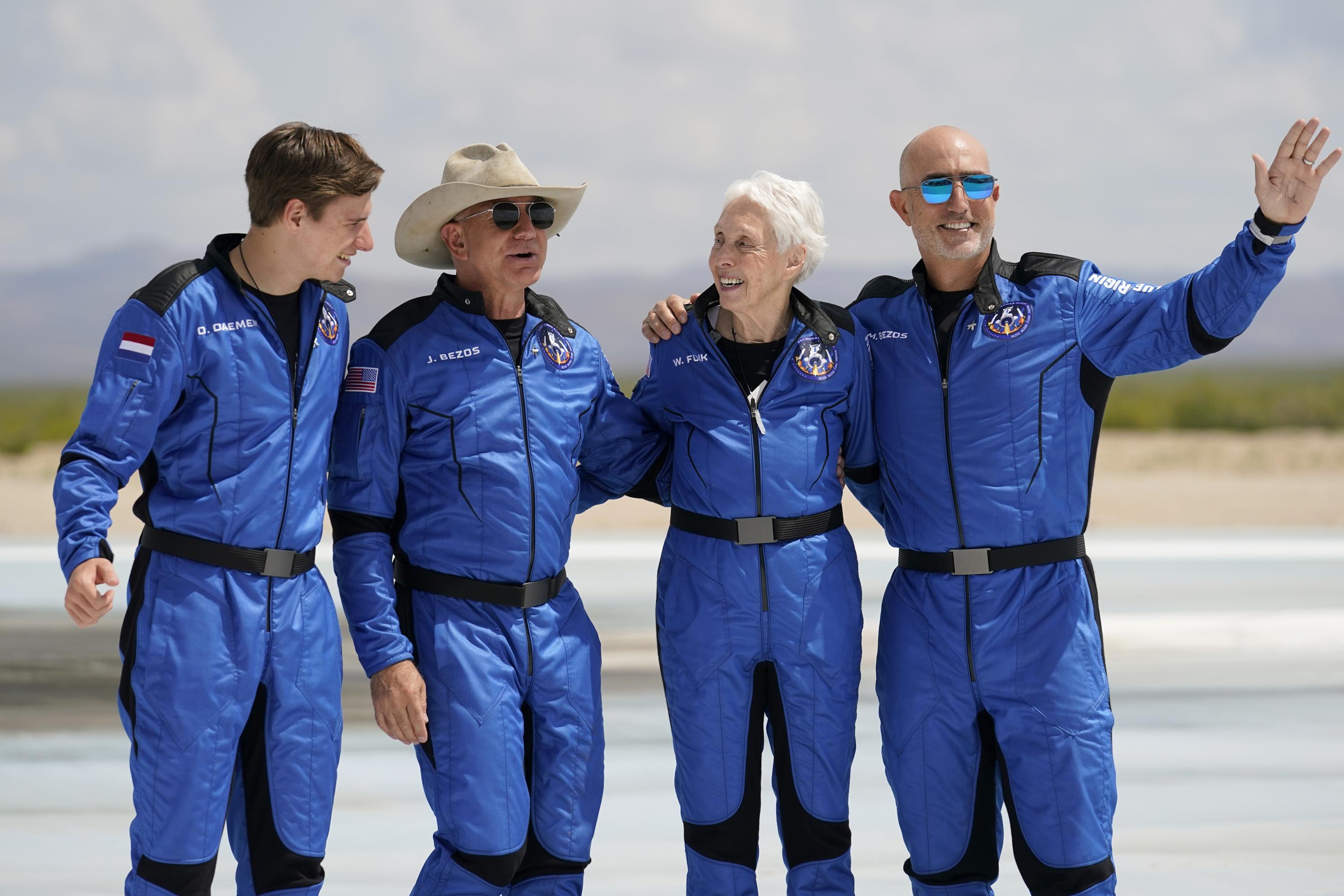 What is New Shepard?

New Shepard is a rocket system named after American astronaut Alan Shepard. It is a fully reusable suborbital rocket system that takes astronauts and research payload past the Karman line. Total flight time is of 11 minutes and blue origin promises that this flight time will change perspective on life.

The pressurised crew capsule has environmental control that can fly six people – with everyone getting a window seat to space. The vehicle is autonomous, there is no pilot in six people on board. The idea is to provide cheap, easily accessible and thrilling access to space so that curiosity, entrepreneurial drive and technological development can take place.

The cabin sits on top of a 60 feet tall rocket which thrusts the capsule and separates from it before the capsule crosses the Karman line. Due to vertical takeoff, landing and soft system, it is fully reusable that accelerates for about 2.5 minutes before engines are cut off. The booster rocket travels back to earth due to autonomous controlled vertical landing and the capsule lands back with the help of parachutes.

Who is Alan Shepard? 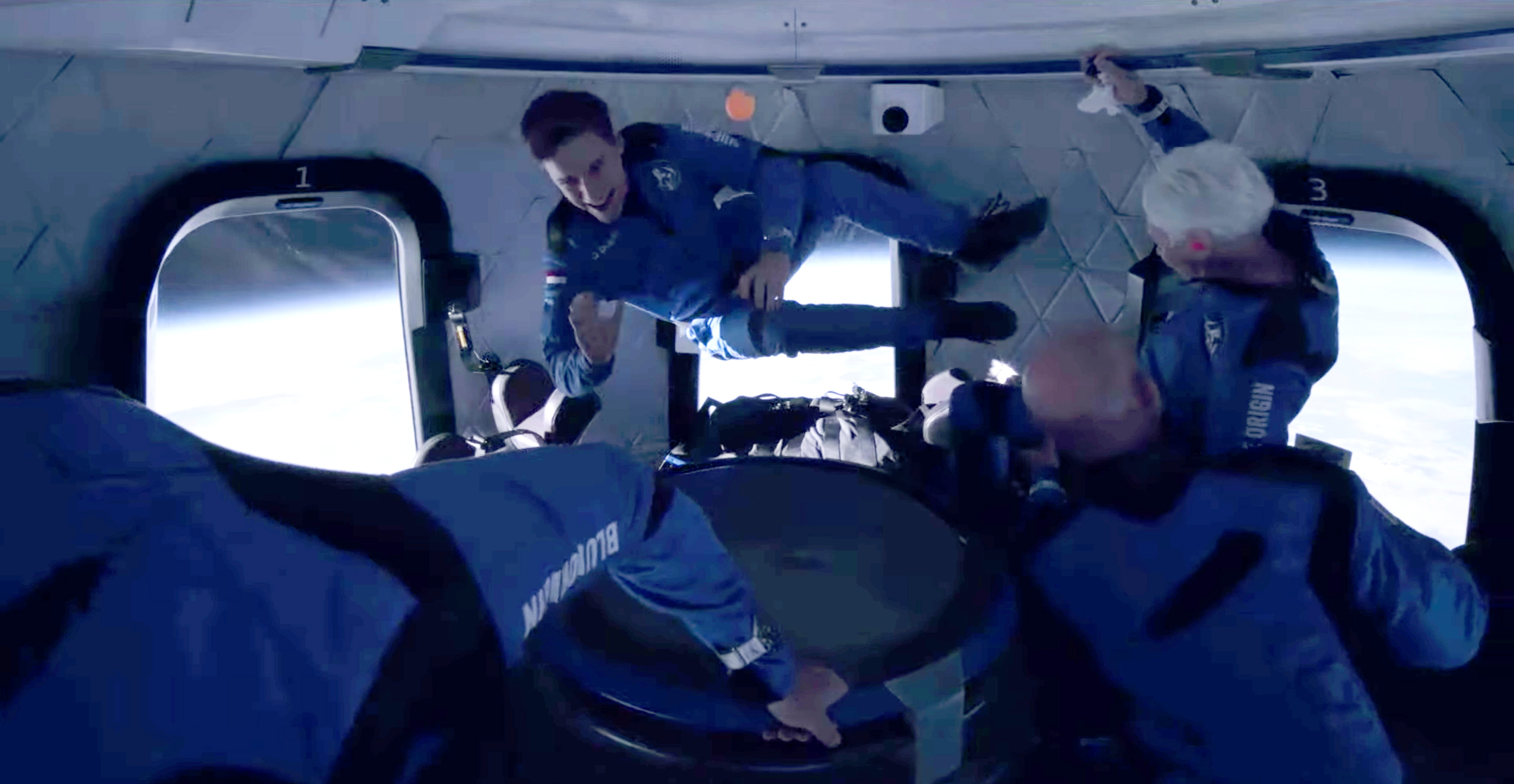 Alan Shepard was an American astronaut who became the first American to travel into space and the second man in the world its travel  after Yuri Gagarin. Alan Shepard was one of the astronauts who was recruited to fly given the space race and Cold War. After Russia launched Sputnik one American dreams were shattered to bones and it induced a Sputnik crisis. President Eisenhower then launched Project Mercury.

Shepard flew into space in 1961 on the same Project Mercury. The project aimed to launch a man into space and get him safely back to earth. Shepard later in 1971 on the Apollo Mission walked on the moon. He along with some journalist penned down the book Moon Shot: the inside story of America’s race to the moon, which was later turned into TV series. He died of chronic lymphocytic leukaemia in 1998.

Who are into this tourism?

Space tourism is like a siren song for people who are not astronauts. Thanks to private investment, (rich) layman can now dream of going there for recreational purposes. Space tourism is not only recreational but it also provides academic benefit. The vision is to make space convenient, cheap and habitable.

According to a report published by Congressional Research Service (CRS), the concept of this tourism first came into existence in 1997 when a private company called Space Adventures offered to book space travel tickets. In 2004 Mike Melville became the first private astronaut to fly beyond the Karman line. He was flown by Space Adventures.

In 2008 video game developer and billionaire Richard Garriott became the sixth person to fly there . Garriott had paid around $30 billion and spent 12 days at the International Space Station ISS. He travelled to ISS aboard a Russian spacecraft. 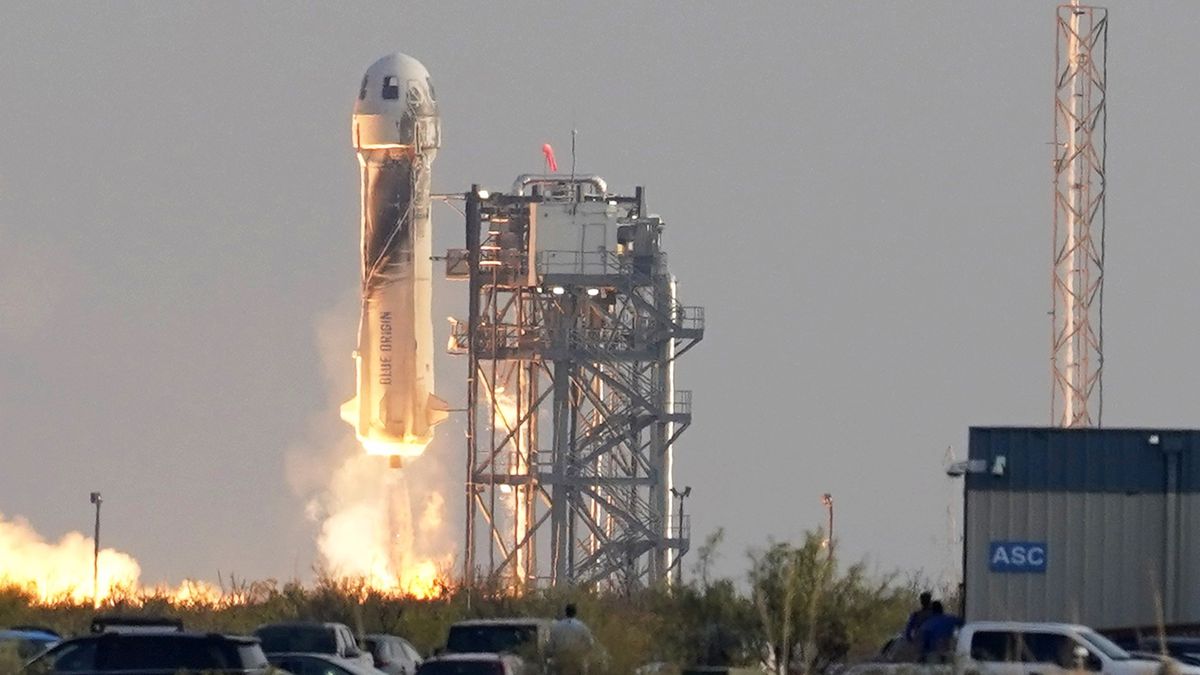 Before Garriott Dennis Tito in 2001 became the first space tourist from Space Adventures. It sent seven tourists to space from 2001 to 2009. NASA later halted the shuttle program after which astronauts were sent to ISS with the help of Russian spacecraft.

Continuous research and development along with data sharing across the globe will guarantee that space travel one day will be booked on Paytm or Redbus.

Best Careers Based On Your Degree