An economy depends on various factors- its people, their businesses, and the environment. Environment plays a major role in the development of the economy, as with better availability of raw materials, better working environment and better health of people leads to better working of the economy. However, the rising climate changes which are increasing every year are very concerning. The rising temperature of the earth, depletion of the ozone layer, rising population, and many other factors contribute to climate change, which severely affects the environment and ultimately disrupts the economy. Climate change is currently on the rise. It is too high that the total fall in the economic value of the global GDP is expected to be by 10% till 2050, which is enormous. This estimate was provided by a report published by the Swiss Re-Institute. This estimate was mainly based on the rising temperature levels. The report also talked about the non-achievement of net-zero emission targets as said in the Paris Agreement.

If the 10% fall was not scary enough for you, we’ve got more. The report further says that this fall can drop up to 18% of global GDP, if no action is taken for it and if the temperature of the earth keeps on rising.

Rising temperature is a major reason for climate change, leading to the destruction of the economy. Global warming has the potential to destroy 48 different countries severely. But there are several other factors, which can have a positive or negative effect on the economy. First of them is the Paris agreement. The global economy can witness a big growth if the terms of the Paris agreement are met. The agreement can contribute to reducing the harmful emissions which will also lead reduce the rising temperature of Earth. Mitigating actions taken to reduce climate change can also prove very beneficial for the world economy.

The Asian economies, mainly China and India are forecasted to be highly affected by this climate change, with a 5.5% reduction in GDP if the best policies are opted and 26.5% hit in severe cases if we as a whole remain ignorant to the situation. There is expected a regional variance of the effect of climate on the GDP of Asian countries. Advanced Asian economies are expected to suffer less from this, the value being 3.3% decrease while the ASEAN countries are expected to witness a greater fall of 4.2%.

China, the current best-performing economy, is forecasted to witness a fall of nearly 24% of its GDO in severe cases. The percentage of the US is significantly low, 10% and for Europe, the percentage is 11%.

Countries in South and South-East Asia are expected to be the worst-hit countries. They are forecasted to be severely affected by climate change. Countries like- India, the Philippines, Thailand, Malaysia, and Indonesia are expected to be the greatest affected countries of this change. The reason behind this is the lack of availability of resources with them to mitigate and adapt to the effects of global climate change. But one good thing is that these are the same countries which are most benefitted by the global efforts done to reduce the temperature. 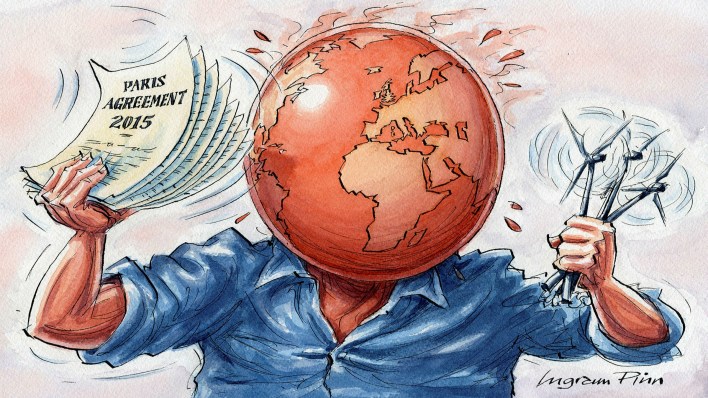 But how dangerous is climate change?

You might be wondering this and we have the answer for this too. The World’s Economic Forum’s Global Risk Report 2021 has declared climate change to be the most impactful and second most likely long-term risk in the world. The report has also warned that billions of economic opportunities will be lost due to the prevailing climate change and the benefits of a resilient global community will also be reduced.

Why is the conversation about climate change increasing so severely? what impact does it have on the economy?

The major cause of climate change is global warming. The global warming causes sea levels to rise, either by melting of the glaciers or by expanding the volume of the ocean as it warms. This is resulting in the current growing climate change. However, the people are to be actually blamed. The growing population and their ever-growing needs are very concerning. The rising need leads to rising deforestation which reduces the greenery and also reduces the frequency of rain, therefore increasing the temperature of the earth.

The rising use of fossil fuels in vehicles emits a huge amount of harmful gases in the environment, therefore raising the pollution levels. The rising level of agriculture and related activities also contributes to climate change. Animal husbandry, livestock and agriculture activities produce methane, a greenhouse gas that leads to depletion of the Ozone layer, and therefore rising the temperature of earth or in short, causing global warming. 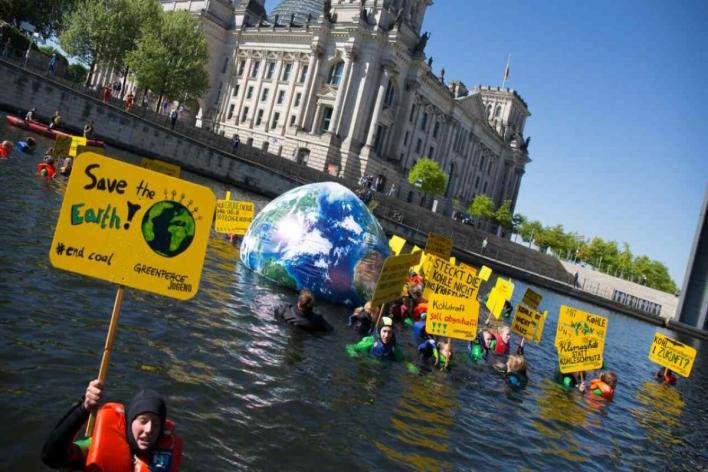 However, the impact of climate change can surely be reduced, if not eliminated. Climate risk affects every society, every country, and every individual. The population of the world is expected to increase by 10 billion, and with the rise in population, there will be a rise in individual demand which will surely affect the environment. The impact of all this can however be reduced if proper planning and policy-making are done. The Paris Agreement can also be very beneficial for the environment if it is supported by all the countries and by both the Public and Private sectors.

To save ourselves, the protection of the environment is very necessary.

Loss of another innocent life, but the VIPs won’t stop misusing the powers!