Knowing the second wave’s impact on the grueling Indian economy has upended a plethora of questions across the markets. The second wave of the pandemic was worse and distressing than expected, and it astoundingly had a significant headway on crippling India’s fledgling economic position. While it’s pretty obvious that we are edging closer to the clench of the first quarter, we still have a lot to go through in this upcoming period. New challenges, shocking threats prevail, and it’s growing to get rampant according to the recent economic analysis.

It’s a sure-short fact that RBI conceives the eminent role in determining the outlook of the economy, and glimpses of it got observed in last week’s June Bulletin. The pep talk about economic analysis doesn’t only stay with RBI, but other organizations have stepped up their game. The National Council of Applied Economic Research has circumvented the limitations and come up with a more detailed instructive analysis on the magnitude of the current challenges facing the economy.

When the official surveys have had struggling efforts in reporting adequacies in numbers, NCAER has accurately projected insights on the GDP forecast, and the scope of economic recovery. It had reported back in December 2020 that the full-year growth would be estimated at 7.3 percent

They have invented their innovative ways to assess the prowess of economic disruption during the Covid-19 second wave. In doing so, they have proactively created a list of challenges and threats that might decipher India’s economic development.

How did the GDP growth projections slash for two years? 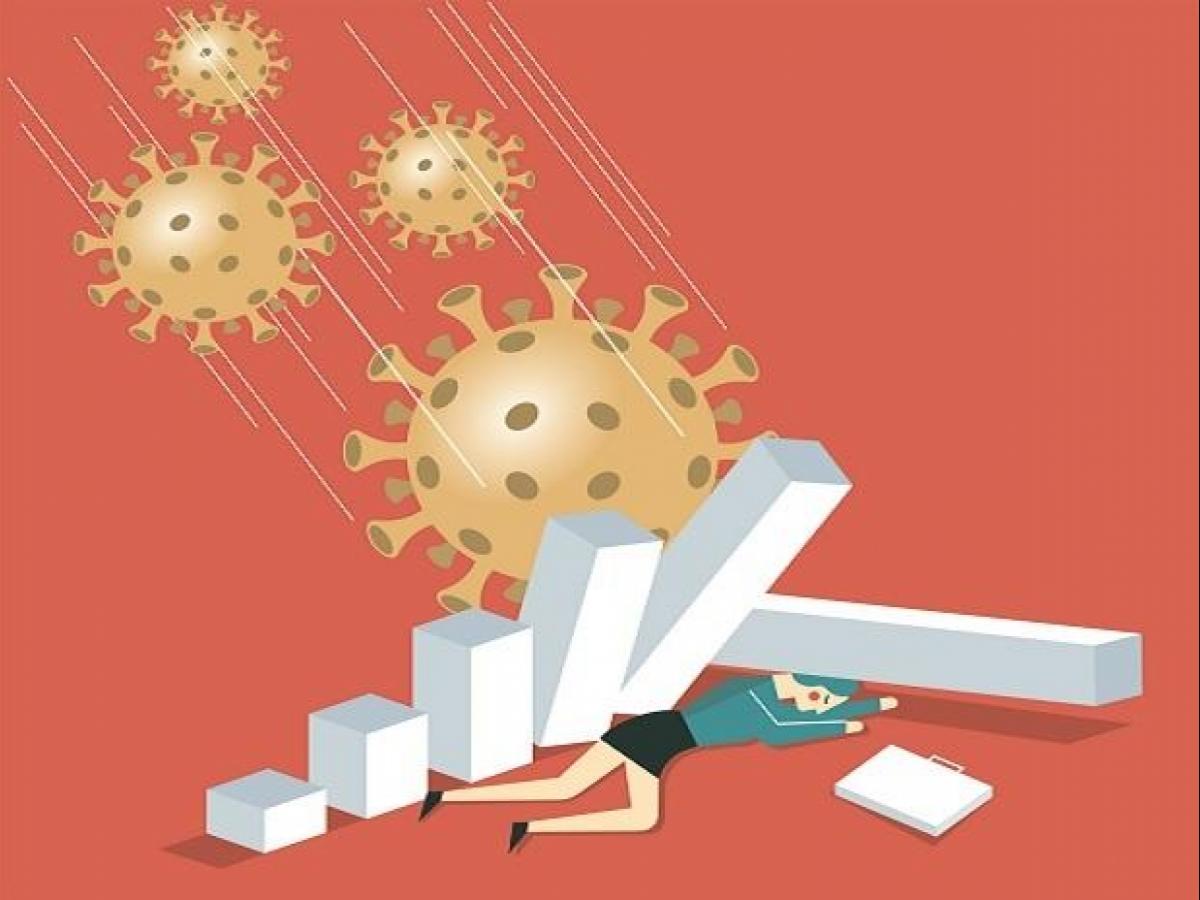 Generally, the Indian economy revolves around the concept of India’s GDP growth, and its surge or downfall dictates the prospects of high revenues of the goods or services produced in the domestic circuit. In 2019-20, the goods and services were produced worth Rs 146 trillion, whereas the level dropped to Rs 135 trillion the following year. That’s the fall out of minus 7.3 percent we discussed.

Over the past year, the Covid disruptions have had a relentless pursuit in deteriorating India’s leading recovery. If we anticipated the overall growth prospects, the economy would have risen 6% in the past two years together. The valuation of GDP would have crossed Rs 164 trillion, which is almost 18 trillion more than the current position. The economic analysts across India had foretold that India’s V shape economic recovery might be back on track, but in the after-effects of the second wave, it seems merely possible that only last year’s losses could get recouped.

How inflation is touching the roof across the retail and wholesale setups?

Alongside the slump in the economic recovery due to the headway of increasing infections of Covid-19, India’s troubles have aggravated due to rising inflation. The breakdown of increasing prices across food and fuel items has leveraged retail consumers into pieces. However, the parameters of inflation rise are not restricted to just two sectors. Indians are facing torment across the board as soon they’ll end up paying high prices even for essential services.

The rates were far out of the comfort zone proposed by the RBI between November 2019 and November 2020. It’s not just the case about retail prices, wholesale prices have also taken a massive distressing turn. Long ago, the wholesale index was in normal terms, but since May wholesale prices have been rising at 13 percent. It is way higher amidst the pandemic crisis already depleting the life of the common Indians.

Curbing expenditure becomes a progressive trend since the Covid era

Indian economy strives for excellence through its biggest transitional housing of consumer expenditure. The expansion of private capacity in terms of demand for goods and services accounts for more than half the size of the GDP growth. Precisely, the estimated figure is expected to be around 55 percent. The current scenario has been a relapse to the existing trends where the Indian economy had seen common man curbing expenditure, and enacting more savings. Even if the first wave had a worse impact on the unemployment rate, the burden of paying high hospital charges exhausting the savings. The inadequacy in government spending was nowhere to hide as they didn’t act as the relief subsidiary we expected.

Consumer spending has been substandard, which has affected the scope of new investments by the small and big entrepreneurs. On a collective level, they refused the opportunity of seeking new loans as they are uncertain about the upswing to the demand aspect in the foreseeable future. They are concerned to find a slew of options to enhance their production, which will provide giant steps to the staggering GDP.

Over the years we have observed a pragmatic pattern being adopted by the government, which has focused on improving the supply side of things. Instead of providing measures and grants to increase demand, they initiated a program without any connection of sorts. Despite the alarming bells seemingly far from over momentarily, several threats still need to be overcome if Indian Economic recovery is to succeed. The challenges will continue growing as concerns mount on the possibility of a pretentious third wave of the pandemic.

Why has Monetary policy hit the Ceiling and no longer prosper the Indian economy on its road to recovery?

In kosher times, the comparison of fiscal policy and monetary policy would be complex as they perform separate functions. But at the time of evaluating the economic revival, their heavyweight contribution comes to action. Over the past year, much of the hard steps have been undertaken by the RBI relating to easing the adversities of the citizens. Many expected the government to emphasize enough focus on strengthening the fiscal policy, but it has remained a distant dream until now. RBI commenced the jump start to seek out easy loans and inject money into various development projects. This process could no longer sustain in the predominant market of high inflation.

The apex bank is the authoritative body exercised by the function of controlling inflation, and it’ll do whatever it takes to keep it in limited bounds. However, it is easier said than done. The businessmen are going to face enormous trouble in obtaining loans and credits. This is not the only factor concerning the policymakers, as the sharp gush in economic growth has led the Federal bank to raise interest rates. Maintaining global recognition and encouraging foreign investment in India have been the key elements of RBI’s directives, and it might have to rely on barring the low-key regime.

It’s crystal clear that economic rebound is not even in sight without India achieving a substantial proportion of vaccinated people. As the lockdowns have eased down and the drive lagging, the third wave is becoming inevitable. If and when it arrives, the uncertainty would pave struggles in upheaving consumption. Hence, resulting in declining resilience in people to fight against another Covid-19 tragedy.

Is current inflation really as transitory as we think it is? - what could go wrong

Plan your pension to secure your retirement years