IATA, the Global airline lobby, is developing a mobile application that will help travelers confirm their coronavirus-free status and promote the launch of the so-called Covid passport to accelerate the revival of international travel.

According to the International Air Transport Association, the travel pass will show the test results with the inoculation evidence, and also listing country entry rules and detailed information in the nearest laboratory.

The app will also link to an electronic copy of the holder’s passport to prove his status.

The International Air Transport Association said that a test program will start this year with British Airways parent company IAG SA before put on Apple Inc. devices in the first quarter of 2021, and Android devices from April. Passengers will be able to share their status with border authorities or show QR codes for scanning as per the Global Airlines.

In the Interview on Tuesday, Pieter Elbers, head of the Dutch arm of Air France- KLM, said: We need to establish global rules and standards on measures such as rapid testing and vaccination so that we can take a step forward for the aviation industry. Health advancement will certainly help restore confidence in travel.

Qantas Airways Ltd. said that the coronavirus vaccination will be a necessity for its international travelers after it has been approved and distributed.

CEO Alan Joyce said that he has discussed this idea with other airlines, and it is likely to become a global pre-boarding requirement.

This will be a common universal theme, he said.

Although international travel remains sluggish in a patchwork of local restrictions and lockdowns, countries have begun to undergo tests to shorten or do away with the quarantine for the arriving commuters.

Meanwhile, the first batch of vaccines is expected to be on the market in the next few months. This has prompted a series of technology-led measures to design mechanisms to monitor travelers’ Covid credentials and combat false claims by people desperate to fly.

In the United Kingdom, the industry has also boosted by the decision of the government to end a 14-day quarantine for passengers to the UK from high-risk and affected countries by almost two-third if they take the COVID-19 test.

The relaxation of restrictions starting on December 15 will coincide with the peak of the Christmas holiday.

Alan Murray Hayden, head of passenger and safety products at the International Air Transport Association, said in a briefing that the organization’s goal is to get people into the air again and is happy to work with other providers.

Travelers and governments can use travel passes for free, with airlines paying a small fee for each passenger to take the benefit of the service.

It will be based on the existing IATA Timatic system that has long been used to validate documents. Murray Hayden stated that the application will use the latest blockchain technology and will not store data.

He said that the industry association has been actively discussing the use of the software with a government and expects other countries to join. 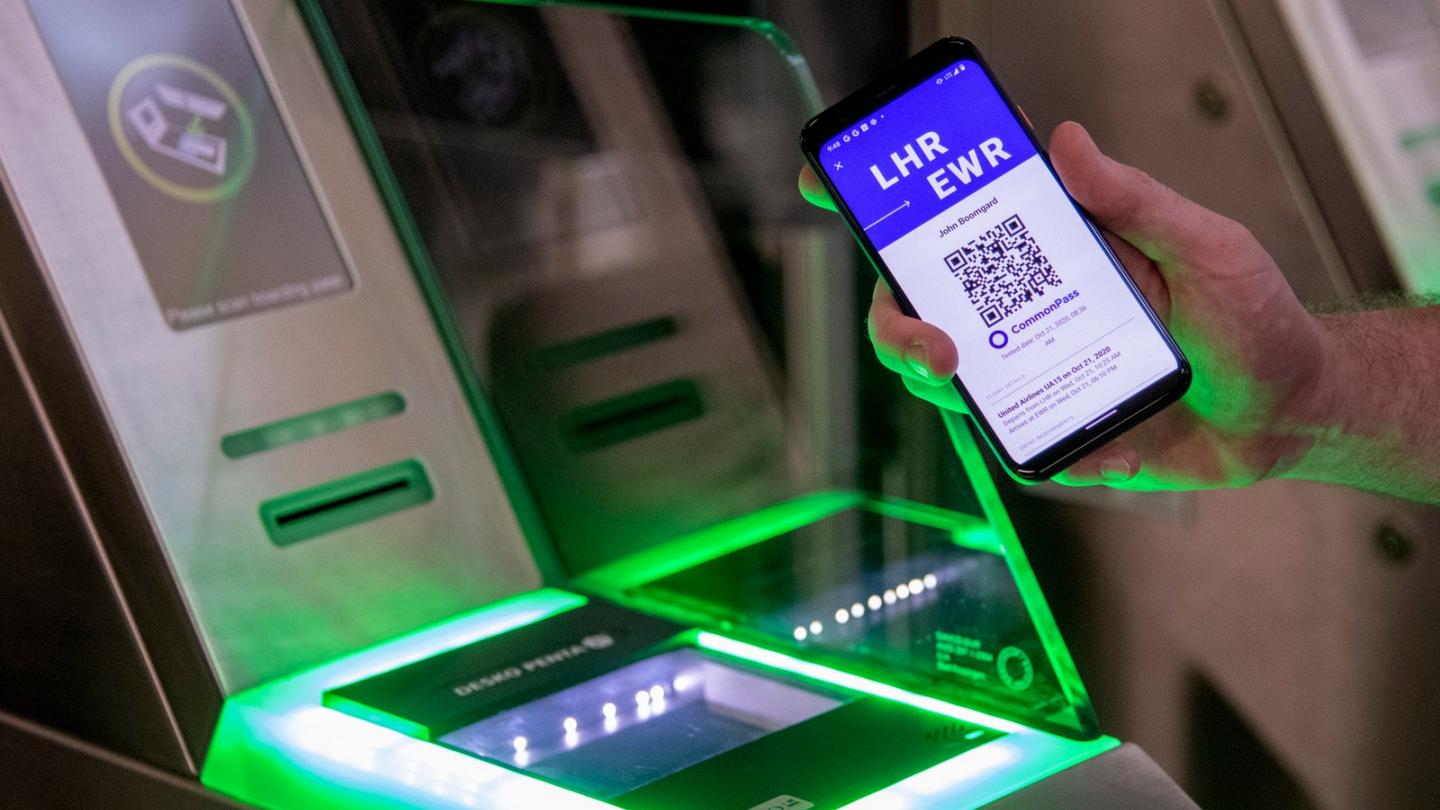 Although IATA’s plans are still being developed, the CommonPass application developed by the non-profit Commons Project Foundation and the World Economic Forum has been tested on flights between New York and London, while the AOKpass from International SOS, a travel security firm, is in use between Pakistan and Abu Dhabi.

According to the companies, both are competing for the upcoming travel bubble between Singapore and Hong Kong.

United Airlines, which is undergoing a trial in the United States and Britain, said on Monday that it will extend the coronavirus testing to flights from Houston to Latin America and the Caribbean.

Passengers can take part in a self-collected mailing test so that they can start their vacation or a meeting as soon as they arrive at their destination.

Moreover, a public interest foundation is testing a smartphone application that can make it easier for international air travelers to safely prove that they have complied with the coronavirus testing requirements. As the pandemic has reduced global air travel by 92%, this is an attempt to help get people back to flying.

Hence, the Switzerland-based Commons Project Foundation conducted a test on Wednesday. It tested volunteers who voluntarily carried the app of CommonPass digital health pass on their smartphone on United Airlines 15 from London’s Heathrow Airport to Newark Liberty International Airport. Officials from the US Centers for Disease Control and Prevention, Customs and Border Protection Center are observing the test.

Arnaud Vaissie, an International SOS co-founder, said in an interview that the race to establish global standards and deploy technology is underway so that the tourism industry can stand up again.

He further appended: There is a lot of pent-up demands. There is also a tremendous fear of traveling, which is what we are trying to alleviate.

The pandemic Covid 19 has a long-term effect on India's Health care program!

Cyber Threats Could Risk Your Data, Fund managers. Be prepared