India has surpassed China, No, not in terms of economic growth but in terms of the total number of people in the country, and it has already done so by adding 5 million to its population.

The same was revealed when China came out with its population figures which are much lower than India’s estimated population.
Hence, for the first time, China managed to control its population and brought its total number down since 1961.

What this means is that China’s population may have touched its highest in 2022, and from here on, it is most likely to decline.

However, when we talk about India, it is expected that the country’s population will keep adding more people until the middle of the century – 2050. This is undoubtedly an alarming scenario! There are many reasons why an uncontrolled population can be detrimental not only to a country but also has deep-rooted crucial consequences on the whole.
We will touch on these negative aspects later on, but coming back to China, the country’s national bureau of statistics says that China’s population is about 1.4118 Bn.
Its population declined by 850000 people from the 2021 numbers, and its birth rate fell by 6.77 births per thousand.

At the same time, its death rate stands at 7.37 deaths per thousand, which translates to China’s natural growth rate of -.6, according to the survey done in November 2022 before lifting the Covid policy.

India, in contrast, has a population of over 1.4 billion; however, in the case of India compared to China, the figures are not certain and approximate in number.

But according to the World Population Review, India’s population at the end of 2022 stood at 1.4117, which means India has already added 5 million to its existing numbers as compared to China.

Now India gathers its population data every decade. It was to happen in 2021, but because of the pandemic, the survey was delayed; hence, the government’s release of exact figures is yet to happen. Population Explosion Translates To Higher GDP?
India sees this explosion (population) as a positive, and many would wonder why; well, you see, the point in consideration is the GDP.

If we were to compare the GDP growth –

Now, let’s look at the above chart. It is clear that the growing population is not much of a concern as of now (although it should be), and that is because of the GDP numbers.

As shown, China’s GDP, as compared to India’s, is much lower, and in fact, it is the second lowest level it has touched for China in 5 decades; this is being touted as a significant achievement for India!

Concern For China
Another primary concern for China is that as its population falls, it has to deal with an increasingly older population sooner. Currently, almost 20% of China’s population is around 60 or above.

This is also the concern that most European nations, such as Italy and Spain, are facing.
The reason why this is of much concern is that the growing older population leaves the workforce, which puts a strain on a country’s economy as it has to support the growing dependent population. In the last couple of years, India has faced challenges in this regard, and the employment rate has shown a considerable decline.
A mass exodus is being seen from villages of the country towards cities in search of better income opportunities, and this trend has only gotten more rapid with each passing year.

This clearly indicates that when it comes to job availability versus population India’s numbers are the lowest, which is too sharp, and these numbers are only from the formal sector.

These numbers have also fallen sharply after the pandemic; however, the contribution of women is much higher towards their respective households, but sadly it does not translate to making an income and hence not to be counted in the overall contribution towards the GDP of the country.

Hence, India is losing billions because of the lack of women’s workforce participation.

Hence, while we may be ok for now, in the coming years, the rising population will throw some major tough challenges our way and are we prepared for those? 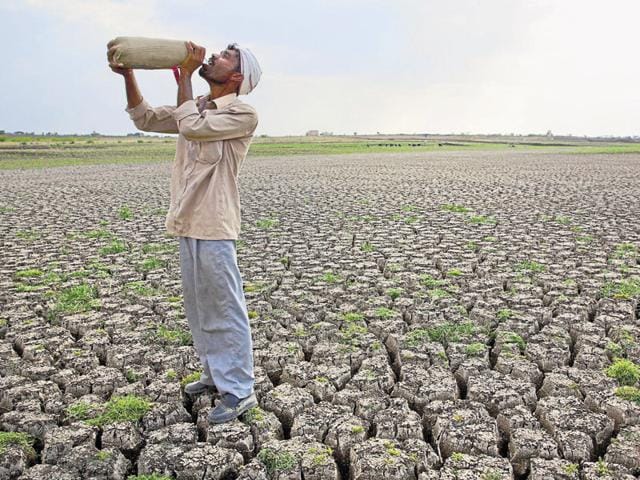 Resources, Unemployment, Education, Health
It is not just for the government to look into and cater to a growing population, but it is also our responsibility as individuals to understand the finer points and challenges that we will face as citizens.

1. Resources: A growing population means that everyone is competing for resources.
To understand this better, let’s take an example. A family has one breadwinner but six children to support; the disposable income towards each child’s welfare will be strained now compared with a family with two children and one breadwinner, and the disposable income towards each child will be much higher.

It basically translates to the cost of living and standard of living. Do we just want to get by hand-to-mouth existence or aim to have a decent productive living standard?

The higher and growing population means that the resources will get stretched to the ultimate – food, power, water, shelter, land – all will have reached their maximum capacity.

2. Unemployment: is already a big challenge the country faces; the unemployment rates have been rising phenomenally within the country.
Again, it is not just about being able to run a particular household; it is much more than that; it is being able to have the financial capacity to provide and lead a life that is abundant and not poor.

3. Education: is every child’s right, but the two above factors combined limit this opportunity and the standard for a child. If one has to drop out of school or does not have the same opportunities as those who can afford it will lead to further disparities in society.

4. Healthcare/Medical Care: thousands in our country cannot afford primary healthcare or the proper medical care as it is an expensive proposition for a majority at large.

These are just some of the critical points that have been highlighted; they are many other crucial elements interwoven with an uncurbed growing population, such as the depleting effect it has on the planet; the example of the same is Joshimath.

Conclusion: An uncurbed growing population may seem to have a positive effect – economically, GDP etc. but until when?
At some point in time, India’s population explosion will start to show its ugly head as more compete for primary resources.
It will lead to a much bigger divide concerning disparities in income and opportunities that come with it.
Poor will become poorer, and the rich will become richer, and we cannot lay all the responsibility on the government alone!