Microsoft has now joined a series of other tech giants that have resorted to layoffs after several years of fierce hiring to meet the pandemic-fueled high in online services and the expansion of cloud computing, rivalling the expansion of the dot-com boom in the 1990s, the technology industry grew more rapidly than it had in decades.

However, with a slowdown in the global economy, the company has reported that it will lay off 10,000 workers, mostly from its engineering division.

Satya Nadella, Microsoft’s chief executive, said the company is looking to trim costs amid economic uncertainty and refocus on priorities such as artificial intelligence.

The news of layoffs follows some reductions last year when a small number of roles were eliminated; the company had laid off under 1,000 employees across several divisions.

Microsoft said that the layoffs in the second quarter of fiscal 2023 would result in charge of $1.2 billion, representing a negative impact of 12 cents on per-share profit.

Microsoft’s shares have fallen 23% in the last year and did not change much at $240.35 on Tuesday at the close in New York.

For the fiscal second quarter, when it reports earnings on Jan. 24, Microsoft forecasts to post a sales gain of 2%; however, this will be the sluggishest revenue increase since fiscal 2017

The Satya Nadella-led firm is currently grappling with a slumber in the personal computer market after the pandemic boom fizzled out, leaving little demand for its Windows and accompanying software.

Microsoft is also under strain to maintain growth rates at its cloud unit Azure after quarters of a slowdown in the personal computer market hurt Windows and devices sales. Microsoft and its peers responded to increased customer demand by essentially hoarding technical staff. But as the market slowed last year and workers started returning to their offices, although high inflation squeezed budgets, even as consumers seek entertainment outside their homes.

“The reality is you can adjust hiring very quickly, and that is what is going on,” said Brad Reback, an analyst at the investment bank Stifel. “I don’t think this is symptomatic of a bigger issue.”

The industry’s slowdown has been particularly hard on smaller tech firms, and companies specializing in newer concepts like crypto have been significantly affected.

But tech giants have not been spared either. Among the industry’s big companies, Google’s parent company, Alphabet, and Apple are the only firms yet to announce significant layoffs.

While technology peers in the past few months, such as Amazon, Meta and Salesforce, have recently announced cuts by the thousands, Microsoft, on the other hand, has so far taken smaller steps in order to deal with a worsening global economic outlook and the forecast for a prolonged slowdown in software and services demand.

Since then, Microsoft’s cloud-computing business has fueled a resurgence in growth, but even that business has begun to decelerate in the past year.

Still, the company has waited longer than many other technology leaders to slash staff significantly. Cloud rival Amazon is laying off more than 18,000 employees — the most considerable reduction in its history.

Speaking at the World Economic Forum annual meeting in Davos, Switzerland, on Wednesday, Nadella said that after rapid acceleration during the pandemic, “quite frankly we in the tech industry will also have to get efficient.” He added that the industry “will have to show our own productivity gains” using its own technology.

Still, some of the tech industry’s most prominent companies continue to measure their profits in the tens of billions of dollars. In the quarter ending in September, Microsoft had $50 billion in sales that produced $17.6 billion in profit.

It has also continued to return money to investors through quarterly dividends and a $60 billion share buyback program authorized by its board of directors in 2021.

The company’s annual revenue grew 58 per cent over three years, during which time it hired more than 75,000 people. But rising interest rates and the prospect of a recession have tempered Microsoft’s outlook. In the latest quarter, it reported its slowest growth in five years and warned that more tepid results could follow.

Microsoft is going forward with several expensive bets, including potentially putting another $10 billion into its investment in OpenAI, which makes the explosively popular ChatGPT artificial intelligence system, and a $69 billion acquisition of the video game maker Activision that is facing challenges globally by antitrust regulators.

Nadella, in a message to staff that the layoffs “are the kinds of hard choices we have made throughout our 47-year history to remain a consequential company in this industry that is unforgiving to anyone who doesn’t adapt to platform shifts.”

The layoffs, which began on Wednesday and will continue through March, are the company’s largest in roughly eight years. Nadella cut about 25,000 jobs throughout 2014 and 2015 as Microsoft abandoned its ill-fated acquisition of the mobile phone maker Nokia.

Despite the high-profile layoffs from some of the biggest names in tech — Microsoft, Amazon, Meta and others — the broader labour market remains generally strong.

Cooling wage growth has provided some investors optimism that it will relieve pressure on the Federal Reserve to keep raising interest rates, but hiring has slowed only slightly.

The skills of engineers and other technical talent are still in high demand. Those who are laid off will likely find roles directly in industries like banking, retail or health care, which are undergoing the digitization of their operations, rather than at big tech firms themselves, labour analysts and recruiters say. 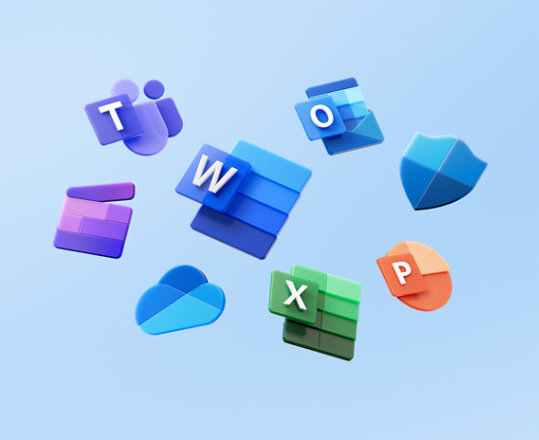 Customers are seeking “to do more with less,” Nadella wrote to employees. “We’re also seeing organizations in every industry and geography exercise caution as some parts of the world are in a recession and other parts are anticipating one,” he added.

The changes, which will include severance and other restructuring expenses, will cost roughly $1.2 billion, Nadella said.

Microsoft said some of the costs would be incurred from consolidating office leases and “changes to our hardware portfolio”, as per its regulatory filing.

Microsoft makes the Surface line of laptops and tablets. Demand for personal computers had fallen sharply from the pandemic highs when companies and families purchased laptops to work and study from home. In October, Amy Hood, the company’s finance chief, told investors that the slowdown in consumer PC sales that started in September would continue through at least June.

Nadella said the company would continue to hire in strategic areas and called advances in artificial intelligence “the next major wave of computing.”

LVMH, The Luxury Goods Conglomerate, Creates History By Being The First European Company To Exceed €400 billion in market capitalization.

India Achieves Another Feat Of Becoming The Worlds Most Populous Country By The End Of 2023; Can India Support This Population Explosion, And Is It Time We Take Measures To Curb Our Growing Population?