A survey by the Center for Monitoring Indian Economy (CMIE) shows Haryana (37.3%) to have the highest unemployment rate among Indian states and union territories, followed by Jammu and Kashmir (32.8%), Rajasthan (31.4%), and Jharkhand (17.3%).

Among the states with the lowest unemployment rates is Chhattisgarh (0.4%), followed by Meghalaya with 2% and Maharashtra with 2.2%.

The state’s unemployment rate has dramatically increased as a result of rural suffering brought on by the unpredictable monsoon, weak consumer demand amid growing prices, and companies becoming more “labour efficient.”

According to a survey by the Centre for Monitoring Indian Economy, the state’s unemployment rate for August was 37.3%, over four times higher than the 8.3% average for the country (CMIE). According to the independent economic research tank’s monthly report, Haryana has the highest jobless rate in the nation. The pattern mirrors that seen across the nation; according to CMIE statistics, employment in India declined precipitously in August while the jobless rate rose to a one-year high.

Unpredictable monsoon patterns that interfered with agricultural activity were one of the main reasons that August 2022 was the worst month for the state in terms of job chances. As a result, more residents of rural areas and small towns relocated to the state’s metropolitan hubs like Gurugram in search of employment. “The consequences of the rural distress have increased the unemployment rate. In particular, in areas like UP and the whole Gangetic belt region, the irregular monsoon patterns influenced the crop planting and harvesting cycle. Urban areas were also affected by its effects. In addition, the drop in paid workers is concerning. Experts noted that industries and businesses redesigning their operations to make them more “labour efficient”—getting the same job done by fewer workers—is another factor contributing to the increase in unemployment. The epidemic and tepid consumer demand amid growing inflation are the main causes of this. Due to increasing food costs, retail inflation in August increased to 7%, which is more than the Reserve Bank of India’s recommended comfort level of 2%–6%.

According to the May-August 2022 CMIE unemployment report, urban parts of Haryana had an average unemployment rate of 28.3%, compared to rural areas, which had a rate of 26.1%. “Agriculture has had an appalling two months. As a result, more individuals relocated to cities in August in search of employment. Cities now lack employment as a result of sectors grappling with weak consumer demand brought on by growing prices. According to Aswini Kumar Nanda, a professor at the Centre for Research in Rural and Industrial Development, they have improved their labour efficiency as a result. According to experts, the state’s continued dominance in the unemployment rankings is primarily attributable to the neighbouring states sharing the weight.

Haryana consistently has higher than average unemployment rates because it attracts job seekers from northern India.

Due to the widespread in-migration of job seekers, Haryana’s stats account for a load of other states. Over the past several years, there has been a tremendous increase in the region’s unemployment rate. According to the economic research tank and business information provider Centre for Monitoring Indian Economy, Jammu and Kashmir had the second-highest unemployment rate in the nation for August at 32.8%.

The removal of Jammu and Kashmir’s special status, which the Bharatiya Janta Party (the “BJP”) said had hampered regional development, did not contribute to providing adequate work possibilities for the region’s young unemployed. By establishing normality in the area, the government has failed to persuade private investors to make investments in Jammu and Kashmir. The government is the sole significant employer in the area because there are no large corporations. According to the 2011 census, around 2,50,000 young people in Jammu and Kashmir are unemployed despite having a degree, making up over 69 per cent of the population. Finding a job with the government is the main problem facing this sizable portion of the population.

The following are some of the main reasons for unemployment in India: 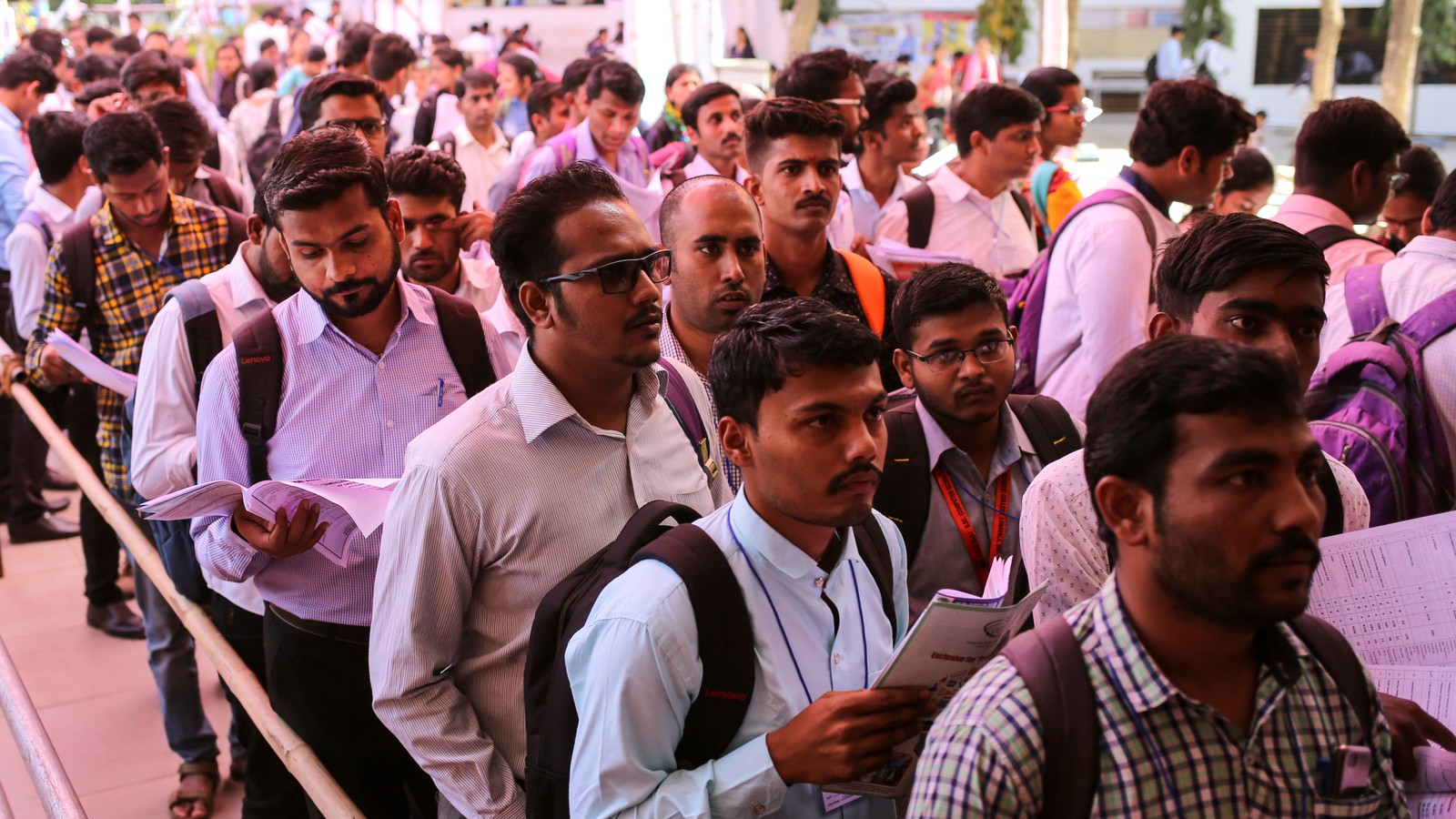 When people are unable to find jobs despite their eagerness to do so, they are said to be unemployed. Numerous other factors, such as inadequate education and training, an imbalance in the demand for and supply of labour, etc., may also be to blame. It has the potential to transform a country’s demographic dividend into a demographic burden.

During four months, India’s jobless rate rose to a high of 7.9%, according to the Centre Economic Monitoring Center (CMIE). Even before the new Covid 19 limits affected economic activity, a downward trend had already begun to emerge. The unemployment rate increased from 7% to 7.9% during the past year, while it increased from 8.2% to 9.3% in urban regions. Unemployment in rural areas rose from 6.4% to 7.3%.

From over 46% in 2016 to just over 40% in 2021, India’s Labor Participation Rate (LPR) fell. As a result, 60% of the working population was either not seeking employment or was not actively looking, leaving the labour force.