India comprises 12.5 percent of the total coal consumed globally. The country’s electricity generation is mainly coal-based which accounts for 70 percent. Reports show that India’s dependence on coal will continue for more decades to come. India is still on the verge of implementing cheaper and more efficient alternatives like UG mining. Thus, phasing out coal will prove to be a detrimental step for the nation.

India depends on coal for 44 percent of the total commercial energy need. However, India has pledged o reduce its carbon emission by 45 percent by the end of 2030 to what was present in 2005.

The country’s long-term goal is to reduce overall carbon emissions to zero percent. Many cleaner alternate options have been implemented in the nation. However, they have yet to be utilized to their full potential.

The coal-based power generation has outweighed the alternate sources of fuel by 5.3 times in the first half of fiscal year 22.

Environmental interests have forced Coal India Limited (CIL) to mine underground reserves, which can be used as an option called green mining. The resources will be depleted if they are not untapped.

About 622.3 million tonnes of coal mined consisted of 96 percent of open cast coal. The objective is to make UG production support the OC output. UG mining has been continued because of the increased energy demands followed by environmental concerns. 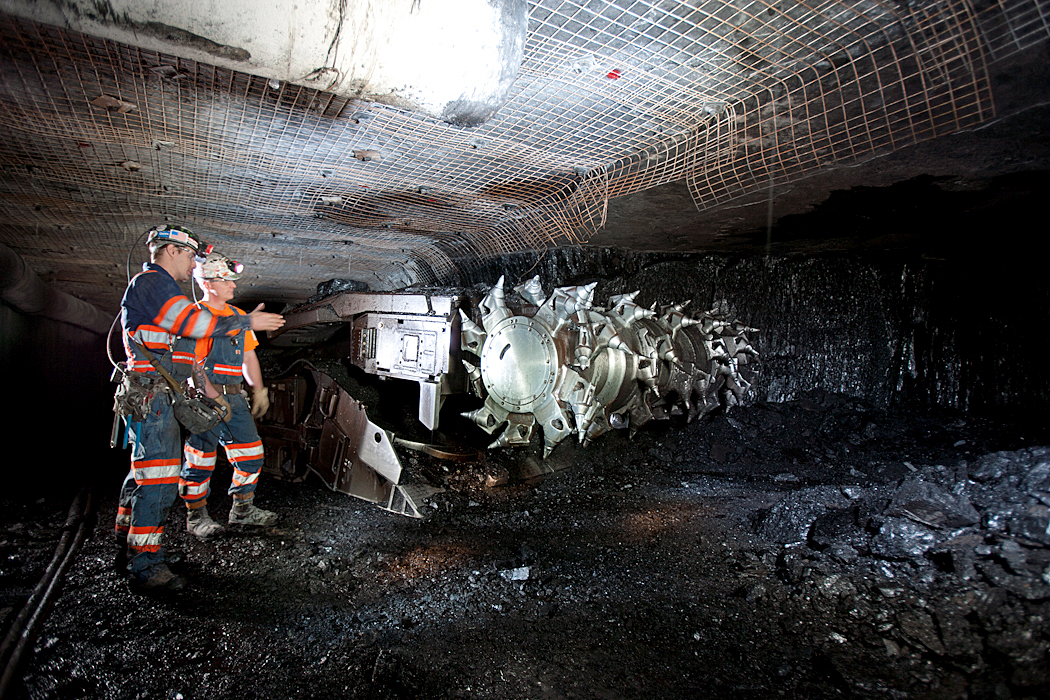 India has enormous untapped potential for UG mining and the resources can be extracted below 300 meters in depth. Around 70 percent of the nation’s coal reserves undergo coal mining by UG methods. It has several advantages.

The most integral advantage is that UG coal is considered to be superior in quality compared with open-cast coal, and it reduces the burden of importing higher grades of coal.

UG mining has proved to be less invasive on land, prevents land acquisition, limits its degradation, is environmentally clean, and is friendly for society. The UG mining has not increased rapidly because conservative and manual operations led to low productivity and, thus, have undergone loss-incurring production.

Other reasons that prevented UG mining were the lack of skilled labor, longer gestation period, and lack of indigenous types of equipment required for the process followed by the departmental cost to be higher.

The silver lining in the overall situation is that new mass production technologies are now available in the country that makes UG’s production of coal eco-friendly and viable.

The deployment of MPT has turned out to be profitable for UG mines of SECL and one from ECL.
The analysis states that MPT will completely replace manuals and conventional approaches of mining in all the UG mines of CIL. The model has been implemented and proved to be successful in China, the US, Australia, and other countries.

The other catalytic factors that contribute to UG mining as of now are the availability of indigenous equipment and a well-trained workforce.

Currently, CIL plans to increase the UG output by four folds to 100 million tonnes by the fiscal year 2028. The process will be conducted in a phased manner.

Eighty environment-friendly and operationally flexible continuous miners suitable for Indian coal will be brought into operations by the end of FY28 along with the existing ones. In addition, the peak production potential has been estimated to be around 50 million tonnes/ per year.

The initial procedure will be adopted in five Open cast coal mines that have reached their UPL.
The mineable coal assets can be extracted at a low cost with a lower gestation period through existing infrastructure.

CIL is adopting different business models like mine developers and operators and outsourcing operations for the revival of UG mining.

Plans have been initiated to roll out the reopening of thirty discontinued mines that have estimated reserves of 600 million tonnes.

Coal days in India are not ending anytime sooner. But, it has to be mined carefully so that it does not disbalance the environment and economics. UG mining has the potential to meet the expectation, and CIL is rooting for its implementation.

In the middle of approaching global recession, job cuts do not mean mass layoffs.

Investors shift from India to China, Taiwan and Korea in November 2022: Rotation started in Asia