Government discoms might suffer significant disadvantages, there could be job losses, and a few private corporations could monopolize the power market, according to state employee groups.

The opposition argues the bill violates states’ rights and tries to undermine the fundamental principles of the central government. In opposition to the Electricity (Amendment) Bill, 2022, which was tabled in the Lok Sabha on Monday, 27 lakh engineers and employees in the power industry demonstrated. On Monday, a bill to change the Electricity Act to allow non-discriminatory open access to power companies’ distribution networks was filed in Lok Sabha, drawing criticism from the opposition, who charged that it sought to restrict the powers of state governments. When introducing the Bill, Lok Sabha Speaker Om Birla was encouraged by the minister of power, RK Singh, to send it to a standing committee of the legislature for more extensive deliberations to address opposition concerns.

The standing committee was then tasked with looking into the bill. But what is said in the bill? Why did it trigger protests? Let’s look more closely:

The Bill aims to enable the privatization of power over communication lines. According to the Center, clients will have the opportunity to select the power provider, just as they do for telephone, mobile, and internet services provided the bill is approved by both Houses. The bill aims to alter Section 42 of the Electricity Act to provide open access without discrimination to a distribution licensee’s distribution network.

Additionally, the bill aims to amend Section 14 of the Act to make it easier for all licensees to use distribution networks under the terms of non-discriminatory open access to foster competition, increase distribution licensee efficiency for better services, and ensure the long-term viability of the power sector. The measure also calls for the addition of a new Section 60A to the Act, which would allow for the administration of power purchases and cross-subsidies where many distribution licensees are operating in the same supply region. The bill also proposes to alter Section 62 of the Act to include provisions for a year-long period of graded tariff revisions and for the required establishment of a minimum and maximum tariff by the Appropriate (Electricity Regulatory) Commission. The proposed law also calls for strengthening the duties to be carried out by the Forum of Regulators by amending section 166 of the Act.

Additionally, the measure will change Section 152 of the Act to make it necessary to accept compounding, which will help the decriminalization of the offence.

Why are people protesting the bill?

Among other things, state employee groups are concerned that if the bill is passed, it would cause significant losses to government discoms, job losses, and the monopolization of the electricity industry by a small number of private corporations.

According to the main patron of the Punjab State Electricity Board Engineers Association (PSEBEA), the bill’s current shape will cause significant losses for government distribution corporations and eventually work to give a few private businesses a monopoly in the nation’s electricity industry.

“After all, the cost of power procurement, which will be the same for all distribution licensees operating in a region, accounts for around 80% of the cost of supply. Additionally, having many shops will create a wide range of operational problems, according to Atwal.

The United Kingdom is a good example, Atwal said. According to research by UK auditors, consumers were forced to spend more than 2.6 billion pounds as a result of the adoption of such flawed models. The average customer was required to pay for these transactions. Although private businesses collapsed, consumers were most harmed. 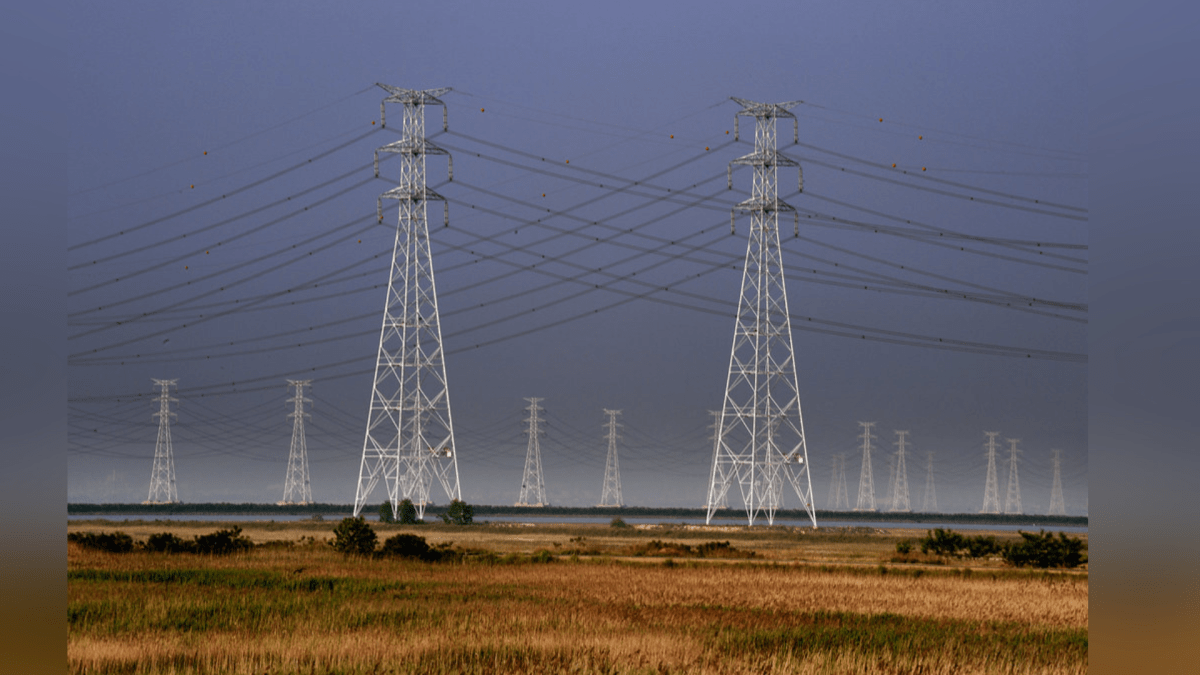 According to the source, the Samyukta Kisan Morcha (SKM) has advised the centre not to pass the bill. According to the Indian Express, labor unions and the SKM believe that if the bill is implemented, free electricity for farmers and people living below the poverty line would gradually become a thing of the past.

Shailendra Dubey, head of the All India Power Engineers Federation (AIPEF), claimed on Saturday that the Electricity Amendment Bill 2022’s promise to provide customers a choice of numerous service providers is “misleading” and will turn state-run discoms into loss-making organizations.

In a letter to Prime Minister Narendra Modi, Dubey urged that the bill be sent to the Parliamentary Standing Committee on Energy for more consideration. Dubey told PTI that “the very claim is false” in response to a question on the government’s assertion that it offers customers options, such as mobile phone sim cards, under the names of several distribution licensees.

According to the law, only government discoms would be required to provide a universal power supply. As a result, private licensees will seek to offer energy to industrial and commercial clients only where it will be profitable. Therefore, he continued, government discoms would lose their profitable areas and automatically turn into loss-making businesses that would soon be unable to afford to buy power from generators.

Dubey clarified this. “Costs associated with power purchase agreements account for 85% of electricity costs.” Because power purchase agreements are for 25 years, the price of electricity won’t go down. As a result, customers are not getting the lower power prices and competition that were promised. He went on to say that home and agricultural users, who make up 85% of all consumers, all receive discounted power. “Such subsidized consumers are at a loss and cannot compete.” Therefore, buyers won’t have an option between various licensees. The vendors will decide this. “Private licensees will only work in profitable sectors,” he emphasized.

What does the opposition claim?

The bill is allegedly an assault on states’ rights and tries to undermine the fundamentals of the federal government, according to the opposition. Introducing the Electricity (Amendment) Bill 2022 in Parliament, according to Punjab Chief Minister Bhagwant Mann, is an assault on the state’s constitutional rights, he claimed on Monday. He said that the Union government’s “nefarious aims” had “weakened” the foundations of the federal system. According to the Punjab chief minister, the Union government ought to have contacted the states before adopting any legislation about the electricity industry. As an alternative, he claimed, “This bill is being foisted on the states, which is a direct attack on the federal framework.”

Mann questioned the centre’s intentions, asking why their input was not solicited when submitting the Bill to Parliament, given that the states already provide power to people on their own. He used Punjab as an example, claiming that farmers there receive free power for agricultural use. He added that similar to how residential users receive free electricity, if the Centre amends the Electricity Act following its demands, farmers and other groups would suffer significantly since states like Punjab won’t be able to maintain such pro-people measures.

He continued, saying that it shouldn’t make the same “error” twice by enforcing the three harsh agricultural regulations. Mann urged the Union administration to rethink its course of action since the nation’s citizens would never accept such “unilateral” actions. He insisted that before passing any laws about the electricity industry, the federal government must hear from the states.

According to Premachandran, electricity was on the concurrent list, and the Center had a “bounden obligation” to hold “effective talks” with state governments before proposing the bill. According to Tewari, the bill aims to let many private enterprises offer power in the same location, a move that might result in the “privatization of profits and nationalization of losses.” He said that the measure also aimed to reduce the centre’s involvement in power distribution.

Roy and Arif said that the Bill went against the commitments made by the Modi administration to the Samyukta Kisan Morcha, which had besieged the national capital for a year in protest of agricultural reforms and demanded that proposed changes to the Electricity Act be shelved.

According to Baalu, the Tamil Nadu government has been providing free electricity to farmers for several years, and the planned changes may have an impact on these “poor farmers” who receive this free electricity. According to the electricity minister, the opposition members were using “false propaganda” to attack the bill. “The farmers will still receive free electricity.” Despite requests for more extensive discussions on the proposal, Minister Singh reaffirmed that there would be no subsidy rollback. “We have spoken with the states and other interested parties. The pro-people and pro-farmers stance of this bill was stated by Singh during its introduction. The Speaker denied the opposition members‘ desire for a division on the motion made by the minister to present the Bill. The Speaker remarked that you might only request division from your seats, not from the well.

Sukhbir Singh Badal, the leader of the Shiromani Akali Dal (SAD), a former ally of the BJP, pleaded with Prime Minister Narendra Modi on Sunday to rescind the Electricity (Amendment) Bill 2022 to allow for extensive consultation with all parties, including the states, farmers, and farm unions.

He had stated that the central government had promised that it would not proceed with enacting the Electricity (Amendment) Bill, 2022 without first consulting with all stakeholders, including the states, political parties, farmers, and farmer associations, when it decided to repeal the three farm laws on December 9, 2021.

"We are cracking down,' says the Modi government, referring to its plans to make it more difficult for states to fund giveaways.