The Indian aviation sector’s upsetting performance for more than a year, mainly caused by the Coronavirus pandemic, the airline industry is gradually preparing for the entry of two new airlines. The two airlines are Jet Airways 2.0 and Akasa financed by Rakhesh Jhunjhunwala. Although the comprehensive plans for both the new entries are yet to be finalised, it has already emphasized investor desire in the airline sector at a time when the present airline companies are facing extreme hardship due to reduced demand in travel during the Covid-19 pandemic.

What is Akasa? Who is Rakhesh Jhunjhunwala? 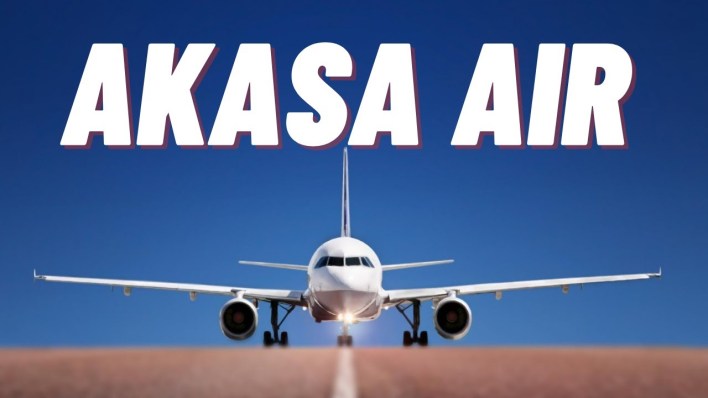 You have come across this name almost every day in the news. To make it simple, Rakesh Jhunjhunwala is also known as the Waren Buffet of India. He is also popularly known as the Father of the Indian Stock Exchange. He is the 48th richest person in India with a net worth of $4.6 billion as of 2021.

Akasa is a forthcoming “ultra-low-cost carrier”, or ULCC, being inaugurated by Rakesh Jhunjhunwala. He will hold 40 per cent of the airline company’s stake. According to reports, Jhunjhunwala has intended to inaugurate the airline by April 2022 and has incorporated the aviation industry experts like the former CEO of Jet Airways Vinay Dube and ex-IndiGo President Aditya Ghosh to manage the airline.

It is expected that Vinay Dube will be the CEO of Akasa and Aditya Ghosh will be on the board as Junjhunwala’s nominee. The stock exchange champion will invest $35 million in the airline company, as confirmed by a Bloomberg report. He is also intending to have a fleet of 70 planes over the next four years. Jhunjhunwala’s company is expecting a no-objection certificate from the Ministry of Civil Aviation over the next few days.

The current shape of the Indian airline industry 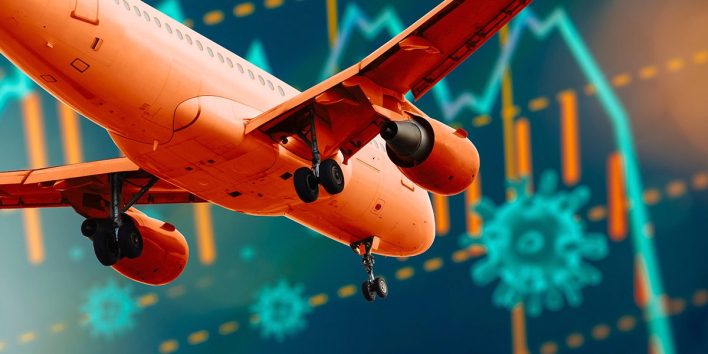 Presently, according to data, InterGlobe Aviation Ltd-driven airline company IndiGo is India’s largest aviation company with more than 54 per cent market share in the domestic passenger space. IndiGo is followed by state-owned Air India, SpiceJet, Vistara, GoAir, and AirAsia India. GoAir has recently listed itself for its initial public offering (IPO) and has recently renamed itself to GoFirst. It further intends to overhaul its business strategy to transform into ULCC. The change of the Indian aviation industry has principally been on the back of extensive losses recorded in 2020-21 (April-March) due to the Covid-19-a condition that continued with the second wave in the new financial year.

Aviation consultancy firm CAPA has mentioned in its India airline outlook for 2021-22 that a debt trap has been created due to heavy and continuous losses. This has resulted in most airline companies having very poor means of recapitalisation. On top of that, the Indian government is contributing almost no direct relief and lenders have straight denied lending money to airline companies even for restructuring purposes. There’s no option left for lessors other than pressurising the defaulting airlines. The report also stated that the aviation sector is heading towards a higher cost environment while the staff morale is decreasing.

Is there a crisis for new players in the sector?

With Jet Airways’ closure in 2019, possible disinvestment of state-backed Air India, and the impoverished status of other existing airline companies, the aviation industry is suffering a threat of concentration of market share with the important companies. Furthermore, with the vaccination program speeding up, market players anticipate the aviation sector to bounce back.

Rakesh Jhunjhunwala in his interview with Bloomberg TV said, “I’m very bullish on the Indian airline sector in terms of demand and I think some of the increment players will not recover“. 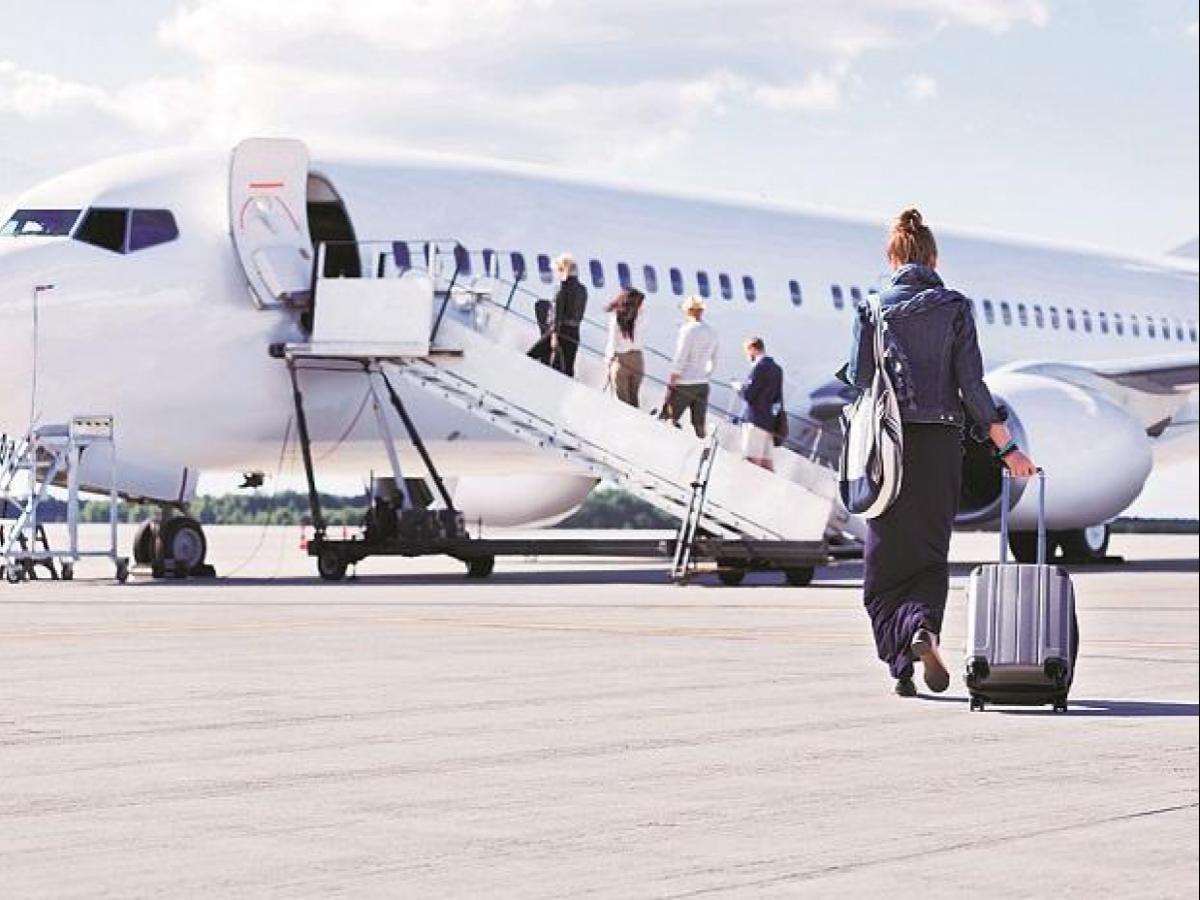 What does it mean by the ULCC model?

In the ULCC airline business model, the firm concentrates on keeping operating costs even lower than the usual budget airlines like SpiceJet and IndiGo. in this particular model, airlines get rid of certain facilities that are typically incorporated with the full-service airline experience. These services include seat selection, food and beverages et cetera. In the ultra-low-cost model, there is an even more unbundling of services like cabin baggage, checked-in baggage et cetera. Ordinarily, while LCCs work with remarkably lower tariffs and only moderately more economical costs than full-service airlines, ULCCs run with the least costs to guarantee profitability.

Who is Akasa about to compete against in India?

Akasa being a ULCC will possibly strive to directly compete with the market leader IndiGo, which has suffered immensely through the pandemic. However, IndiGo notwithstanding its massive losses remains to be on relatively stronger ground. IndiGo’s CFO Jiten Chopra said at the post-earnings conference call on July 27 that, the strength of IndiGo’s balance sheet is their biggest support in the fight against the Coronavirus pandemic. He also said that they will continue to magnify this strength by targetting on expense reduction, capacity addition and liquidity enhancement.

CAPA had said that it anticipates Indian airlines to miss a consolidated $4.1 billion in FY2022, the same as in FY2021. Additionally to the new company Akasa, Jet Airways will also be fundamental, essentially on the expectation that the two competitors will try to aggressively proceed market share in the opening days. Whatsoever, their capacity to go aggressive on the tariffs will depend on the government putting an end to fare restrictions that were inflicted during the reopening of Covid-19 lockdowns.

According to recent reports of a study by Morgan Stanley Research, the Indian aviation industry will leap back to 80 per cent of pre-Covid-19 capacity during October-December as approximately 9.2 crore domestic passengers are anticipated to travel by planes during the present fiscal year 2022. Almost 14.4 crore passengers are expected to travel by air during FY2023. The air traffic increased after the lockdown was relaxed in May 2020, and increased every month till March 2021 before the second wave of Coronavirus shool the nation.

The Government of India in May set a limit declaring that airlines will be authorised to sell seats up to 50 per cent of their total potential on domestic flights indicating a high number of Covid-19 cases and as the travel demand fell during the second wave of the pandemic.

However, since then the situation has improved and air passenger numbers have gradually increased. The air passenger traffic in India increased for continuous six weeks and the easing of regulations by most states led to more passengers travel by air. According to the brokerage company, ICICI Securities the average number of daily passengers has increased to 150,000 for the week that ended on July 10, from 135,00 passengers a week before.