India has not outgrown the recession period completely but has shown signs of recovery. As the lockdown has eased in India, Industries have geared up their production activities to resurface the growth territory of the ailing GDP, but has the situation improved immensely?

Indian gross domestic product(GDP) stood up at a high of 0.4% in the third quarter ended December 2020. GDP had shrunk in the past two quarters, respectively 24.4% and 7.3% as per the revised data. The Covid-19 Lockdown emerged to be a significant factor in mounting up the losses of different sectors.

As per the data provided by the National Statistical Office(NSO) for the fiscal year 2020-21, the growth territory indicates that India might be on the way to fight the recession prevailing since the emergence of the Coronavirus pandemic.

The Finance Ministry termed the 0.4% real GDP growth in the third quarter as reinstatement to the pre-pandemic times of higher growth rates and a reflection of a further strengthening of V-shaped recovery that began past the second quarter.

The Finance Ministry is targeting to disinvest the government holdings in the sick units, attracting the potential investors to speed up the road to the recovery process by maximizing the production in certain areas for a higher growth trajectory.

HAS THE ECONOMICAL STANCE OF INDIA ENRICHED GDP TO HIGH GROWTH

Although the economy experienced a surge in the growth of the GDP, it does not mean all is well within the industrial sectors, as mass unemployment and uncertainty of growth contemplate in the thought process of the small-scale industries as well as the Multinational companies.

The recession gradually reduces to a minimal figure helping the vision of growing into positive growth by the end of the second quarter in the next fiscal year. A glimpse of positivity persuades Government efforts in transforming India to be a leading force in the global economy.

The next roll of the dice is challenging relating to the upward trajectory of the economy as inflation is mounting up to staggering heights causing concerns within the state.

The emergence of the new variants of the Coronavirus should not misinterpret as the cases are rising at a lightning pace in several states. The Chief Minister of the States is mulling over the idea of lockdown again, which could lead to the closure of the economic activities spawning a recession in the GDP.

Hence, to revel in this small percentage rise is misleading, as the forthcoming events may engender more disappointments with the government deliberating the surge in the cases.

IS THE POSITIVE STEEP A GOOD INDICATOR OR A BAD SIGN?

For the fiscal year 2020-21, The National Statistical Office expects GVA to rise in only two sectors – agriculture (3%), and electricity, gas & water(1.8%)
Whether the parameter of the growth is sufficient enough to measure the recovery is unknown besides there is no evidence of data for finding conclusive statements.

While the ruling government finds the growth positive, on the other hand, Congress leaders are questioning the mismanagement of BJP, blaming them for the double whammy that has caused disruptions for the Indians. The outbreak of low growth and rising inflation has been a vital aspect of the conservative approach applied by the citizens of India.

If in the next quarter, another lockdown emerges, the people will be wandering on their savings for a substantial amount of time, engendering tensions for the middle-class families.

Ill effects of the reducing recession

Some of the statements made by Congress are true, the reason being the massive concern for the citizens of India are mass unemployment and rising inflation that occurred due to the horrendous epidemic, as most sufferings have happened through the furlough from the jobs in the private sector.

Congress spokesperson Randeep Surjevala stated that the growth is far below estimation, and the fault lines in the Indian economy are visible more than ever. The argument has become a focal point in determining whether the growth parameters that the government has set are adequate enough or falling way behind what is necessary for the upliftment of the stagnant economy.

Rising unemployment is the biggest concern of the town, as it was an ongoing challenge even before the pandemic emerged in the world. What is more questionable is the misleading guidance provided by the public sector to the individuals regarding what’s best for them in the forthcoming scenarios.

The continuous hike in the prices of petrol and diesel is a worrying sign for things to follow as there is no reverberation from the democrats relating to the decline in the spike of the prices to ease the burden on the public. Is it going to happen anytime soon becomes a matter of debate for the media journalists to purview and find solutions?

DOES THE PUBLIC SECTOR UNDERTAKINGS DISINVESTMENT SHOWS A LACK OF BELIEF IN THE GOVERNMENT DECISION MAKING?

Addressing the recent turn of events in the Parliament, Prime Minister Narendra Modi acknowledged the contribution of the private sector in gaining growth after the ease of the lockdown. It had an advantage over the public sector, as it outshines in augmenting India’s growth to the next level expected in the future.

The concoction not only depicted the appraisal for the private companies but also hid the prime inquest which was- the youth of India and others alike should not aspire for government jobs, instead go out and explore themselves in the market by engaging in something more enticing.

Searching out prospects for a new job has become more stimulating, with thousands in line looking for sound jobs for successful career paths ahead.

Considering the rigorous hardships people are already facing in the private sector, it’s inevitable to work through the initial years with dedication to go on to make a reputed name for the nation and encouraging more youth to indulge in smart work along with determination and the will-power to pass any hurdles that come along the way. India’s current GVA valuation is far less than the estimation, as the NSO expected shrinkage of 7.7% for FY2021. 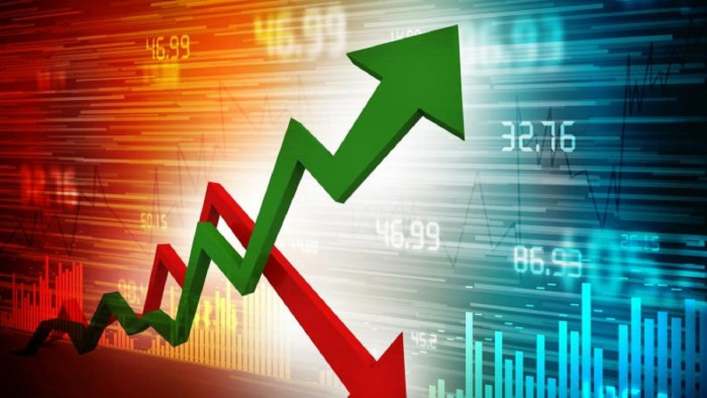 THE PROGNOSIS OF GDP FOR THE FISCAL YEAR 2021

The current projection of GDP for the FY2020-21 is showing minimal signs of development but expects to bounce back to the levels achieved in the previous years. The real GDP growth is said to contract by 8% in the following three quarters, compared to the growth rate of 4% in 2019-20, so we should excite ourselves by what is to come shortly to what has been a devastating year standalone for the industries.

As per the statistics assembled by the National Statistical Office, this quarter gauges growth in only two significant industries, agricultural activities being the prominent scope of conducting business throughout the lockdown.

See also  Union Health Ministry said that the use of N-95 masks with valves should be stopped immediately - What type of masks public must use?

PM Narendra Modi on, the eve of announcing privatization of the Public Sector Undertakings(PSUs), revoked the happenings in the financial and the banking sector, as the aggressive lendings for ten years had led to the massive downfall.

The Agricultural sector growth is estimated to be below the average limitations, standing at 3.4% in the year 2020-21. It hit record heights in the fiscal year 2020-21, gaining a 4% advantage in the overall GDP scheme. 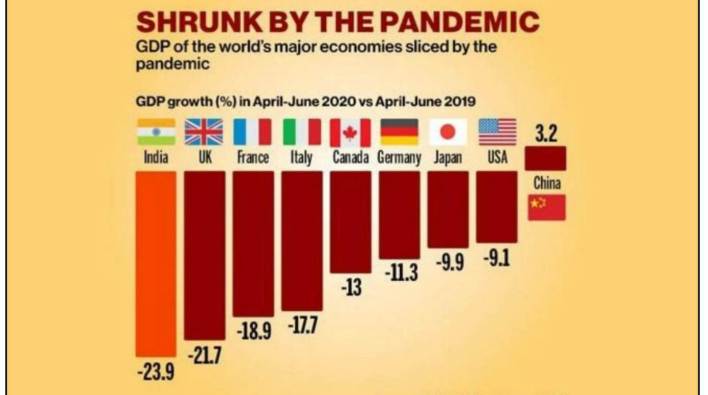 PM Narendra Modi vision for dwelling more engagement into the Indian economy, set to take a giant step forward, is as follows:

The thing that signifies the barriers is the perplexing hike in the prices of petrol and diesel. And the Central Government covers the high fiscal deficit amount in terms of taxes from the consumers, as they face an enormous deficit of more than 12 lakh crores.

PM Narendra Modi reiterated his appraisal to the private sector and said, “We endeavor to promote private sector business, but public sector banks and insurance sector have an important role in the country.”

The Government relief package has not been influential in hoisting the surge as more people are perplexed by the opportunity of investing in new policies. Looking ahead in developing strategies for the next quarter should concisely with providing employment opportunities and reducing inflation.

The government reiteration plan should not indulge only the private sector in obliging with the job placements, as the public sector should enforce help to provide sufficient funds for improving the disturbing problem of the remote areas.

Is the government going to amend the vision forward conceals the dilemma and the bottom line should be to continue growing production activities and hence an opportunity for the local manufacturers to look beyond the adversities of life and cherish in the global markets?

Although the private sector surges marvelously in gaining a large market share, at the same time, the notion of the private sector is to attain higher profits by providing monetary assistance to the government with the concept of giving and take in each activity they perform. Inconsistences in the growth would lead many people stranded. Steps need to be compatible enough so that youth gets involved in accomplishing the Atma Nirbhar Bharat program.

India, Pakistan assents to stop all cross-border violations along the Line of Control(LOC), but with the background of attacks, is the way forward clear?