Five months have passed since the government allocated Rs 9 billion in research and development funding i.e grants for COVID-19 vaccine development. Where did all this go, and what has come of it?

These issues become important at a time when viral caseloads are high, with more than 150,000 new cases per day, and concerns continue about the pace of vaccination drive and the need to redefine eligibility criteria to cover all conditions.

Although India has become an important hub for COVID-19 vaccine production on a global scale, all of this is true. Nowadays, almost all possible technology platforms deployed on a global scale are also being developed in India, and it does not seem to be a factory to manufacture this technology.

At least six leading Indian vaccine manufacturers are in different stages of vaccine development. So, what is the difference between R&D grant funding? 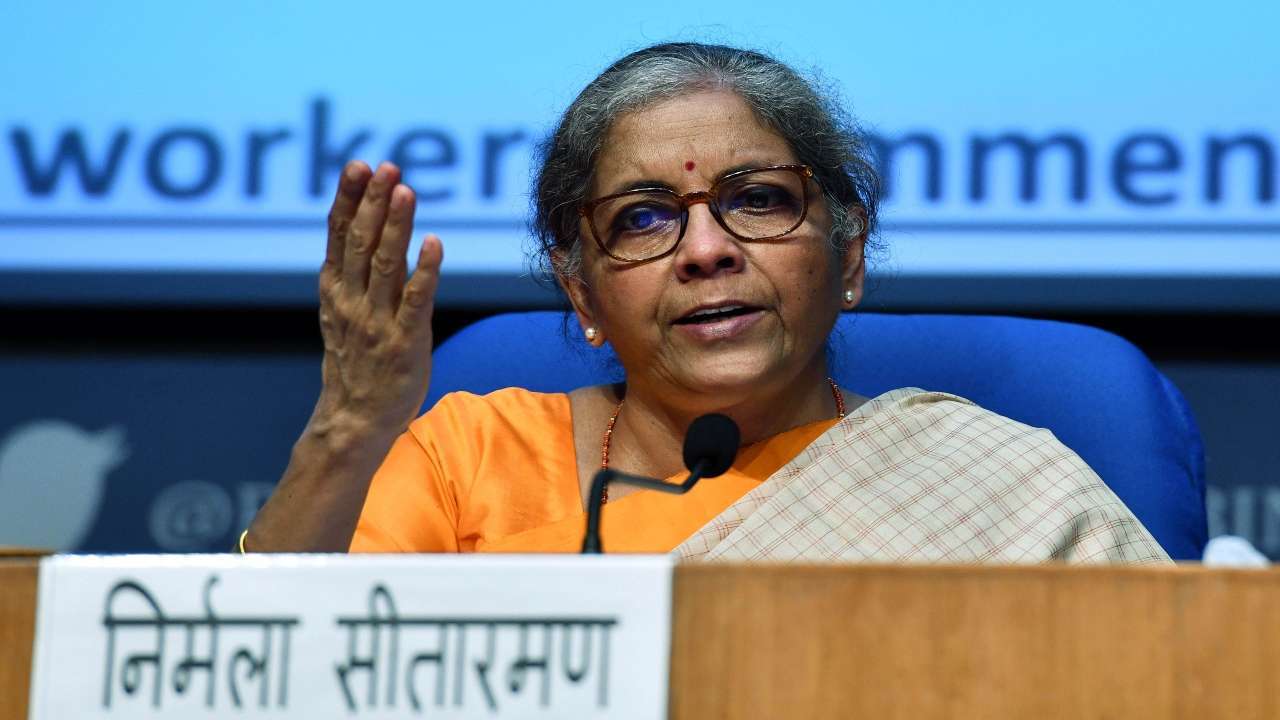 Exactly five months ago, on November 12, when Finance Minister Nirmala Sitaraman announced the third round of the economic stimulus package, stated that the central government would provide 9 billion rupees to the COVID Suraksha Mission Biotechnology Department for the research and development of the COVID-19 vaccine in India.

The source contacted Dr. Renu Swarup, Secretary of the Department of Biotechnology, Ministry of Science and Technology, who is also the chairperson of the Biotechnology Industry Research Assistance Committee.

Given that she is extremely busy at work, the source asked her some basic questions about how much of the 9 billion rupees had been allocated and for which projects?

Reporters also asked her about the role of grants in supporting research on new vaccine candidates, including candidates against variants.

The response pointed that out of the total of 9 billion rupees, ’50 billion rupees have been committed. Moreover, in order to expand the production of vaccines, support for private and public sector production facilities is being considered so that they can be enhanced production in the next 6-8 months, and for this, we will increase our capacity to support increased vaccine production in preparation.

Regarding the specific projects that have been allocated: ‘Under this task, five candidate vaccines in the advanced clinical development stage are being supported. In addition to this, the task also includes 19 clinical trial bases across the country, 3 immunogenicity testing laboratories, and three animal attack facilities that provide support’.

Obviously, this grant is not only used for candidate vaccines but also used to support the entire equipment developed around the vaccine.

Vaccines usually grow inside cells and are cultured. Production starts on a small scale and then mass production subsequently. In fact, one of the beneficiaries (like possibly other beneficiaries) is India’s leading vaccine manufacturer.

The company did not want to be named but had received a small portion of the total asking price, then promised to made it based on the company’s research milestones which the company can reach.

It is unclear how the government and the private sector split the grants. These goals seem to be commendable, and the mission is critical, but while talking to industry insiders, although most of them are out of good intentions, not many people seem to think it will have a substantial impact.

An industry leader who asked not to be named said: This is a good start, but it is still a drop in the ocean. He asked: If this was enough, why are there existing vaccines-producers such as Bharat Biotech and Serum Research Institute seeking huge funding? Serum’s asking price alone amounts to 30 billion rupees.

However, costs and vaccine procurement are a bit fuzzy and vague. Due to the lack of transparency of the government and company’s exact procurement plan, the disclosure of the approval process is not satisfactory, and the lack of clear understanding on the pricing method of the vaccine being approved, for example, there is still a question mark about what measures will be taken and on what will be the rate for the Sputnik V vaccine- It is only the private sector’s estimates of costs and rates, as well as the nature of remuneration or lack thereof, labeled on the production of vaccines is indicated.

The industry has now opted out of exports, and cannot sell directly on the open domestic market, and the government is the sole buyer, so it is busy proposing reasons to ensure built-in viability. Although most people are talking about language that addresses humanitarian needs, not an attempt to make a profit.

The Case Of A Larger Kitty

Vaccine development cost estimates vary depending on whom you talk to. Talk to vaccine manufacturers and estimate up to 15 billion rupees to build a new facility that can produce about 100 million doses per month. Therefore, for some well-known vaccine manufacturers, the allocation of 9 billion rupees is far from enough to substantially increase their supply, which is the most important thing today.

Some of them argued that when 9 billion rupees were spent on various companies, it could only be used to improve processes or manufacture some materials for clinical research, as well as incurring consumables and related expenses.

How Does The Vaccine Cost Accumulate?

So, how much does it cost to make a vaccine? According to a major vaccine manufacturer in India, ‘If a company already has the infrastructure, buildings, machinery, and factories depending on the scale of the clinical trial, it will cost between 1.5 billion rupees and 3 billion rupees to make a vaccine for coronavirus illness‘.

If the trials to be conducted in multiple countries involve a total of 30,000 or more subjects, it is even higher. But then, some industry experts believe that these numbers are high, so it may cost about 2.5 billion rupees to set a new factory.

Moreover, clinical trials do not require a huge sample of 30,000 subjects. Apart from recruiting them is a time-consuming activity, recruiting them is not easy. Instead, it can handle about 5,000 subjects at the total cost which is about 200 million rupees, and the average cost of each theme is about 50,000 rupees. The expenditure here is mainly for management expenses and for the various tests that must be conducted on these subjects.

But later vaccine manufacturers felt that this was unreasonable. Even if the cost of clinical trials in India is only a small part of the expenditures abroad, the grants for funding provided by foreign countries for vaccine research are much higher.

They pointed to the United States, under the leadership of the Trump administration, set aside huge funds for vaccine research programs.

Regarding the topic of vaccine procurement, this seems to be another problem that plagues many vaccine manufacturers in India. The common complaint between them seems to be a huge challenge in finding resources to produce vaccines without a government purchase order. The argument is that even if a company has received a funding grant from India or abroad, the bigger concern is to make and produce vaccines without any clear firm orders.

A promoter of a vaccine company said: Even the existing companies have no firm orders, and it is difficult for the government to easily obtain a large number of orders. Therefore, this has increased the company’s concerns about how to raise resources to pay for imported inputs.

The cost of the vaccine varies-for example, it is estimated that 75 cents per dose to book the input supplier-may be consumables and adjuvants needed for the vaccine.

The companies said that without an order on hand, they could not even approach the bank and try to increase its working capital limit. The sponsor has to be advanced the funds needed for input and other manufacturing expenses and ultimately lead to manufacturing risks.

Inventiva cannot independently prove this from the government, and the government’s statement regarding its exact procurement plan and a firm commitment to specific companies are unclear.

In fact, the official response that the online report received from the Department of Biotechnology (DBT) laid the background for the current development and talked about a clear understanding of the path of demand as early as the beginning of 2020: ‘Given the fact that COVID-19 is in the pandemic in early 2020, the Ministry of Biotechnology announced the “DBT-BIRAC COVID-19 Research Consortium” call, which is part of a comprehensive effort to promote the development of local research solutions to tackle coronavirus situation.

The reason is apparent: Strengthening the development of coronavirus vaccines is the focus of this conference call. DBT and its public sector undertaking the BIRAC (Biotechnology Industry Research Assistance Council) are supporting nearly 15, vaccine candidates, by industrial and public sector laboratories at the cost which is about 1 billion rupees.

This does not seem to be a large number for many people, but then, it said: 3 of these indigenously (locally developed vaccine candidates have been developed from proof-of-concept to clinical development phase and are currently undergoing clinical trials, of which 2 candidate vaccines are at the preclinical phase.

It then continues to list the companies’ names and fields of activity, such as Biological-E (RBD), Gennova (mRNA), Zydus Cadila (DNA), Bharat Biotech (Nasal vaccine and rabies platform).

On the basis of this, it stated: “In order to further strengthen and accelerate the development of the coronavirus vaccine, the government announced the India COVID-19 vaccine development mission COVID Suraksha mission as part of the Atmanirbhar Bharat 3.0 package to address the urgent need for safety and effective coronavirus vaccine. Apparently, time is fleeting, and the outcome is that, at least for now, people seem to have been hoping to deliver with the vaccine vials.