The aviation ministry had asked the Directorate General of Civil Aviation (DGCA) to conduct a detailed inspection into the IndiGo engine fire incident that took place at the Delhi airport on Friday night when a Delhi-Bengaluru bus had to abort its journey for a particular reason.

It was a fortunate event that the Airbus A320ceo with over 180 people on board halted safely and a fire extinguisher was quickly used to prevent the breakout of the fire.

A passenger shoots the take-off video on 6E-2131 which shows the terrible situation when the fire catches the engine.

Many indigo sources have asserted that it was not a situation of an engine fire but an engine flame that lasted for a few seconds.

A senior Directorate General of Civil Aviation (DGCA) has mentioned that the Indigo A320 (VT-IFM) was involved in rejected takeoff as the warning showed the symbol of engine two failure. A loud bang was heard subsequently.

Immediately, the fire extinguisher bottle was discharged. The aircraft turned to the bay and was grounded for further inspection which caused the fire.

The DGCA has ascertained the people that they would conduct a detailed inspection to understand the cause of the sudden fire and they will take suitable follow-up action accordingly.

The aviation ministry took over their social media handle and said that the concerned officials at the DGCA have been directed to look into the matter and curate a report regarding the incident and report it at the earliest.

The preliminary investigation so far has revealed that the airflow increased in the engine due to the no. 2 engine stall. As a result, a fire was observed in the engine exhaust.

Another customer posted the video on her Twitter handle saying that it was supposed to be a take-off video but the fire happened. The video depicts that the fire was near or on one engine of the Indigo flight.

Indigo’s response to the fire breakout:

Indigo mentioned in an official statement that the aircraft experienced a technical issue while on the take-off roll, immediately after which the pilot aborted the flight and the aircraft safely landed in the bay. 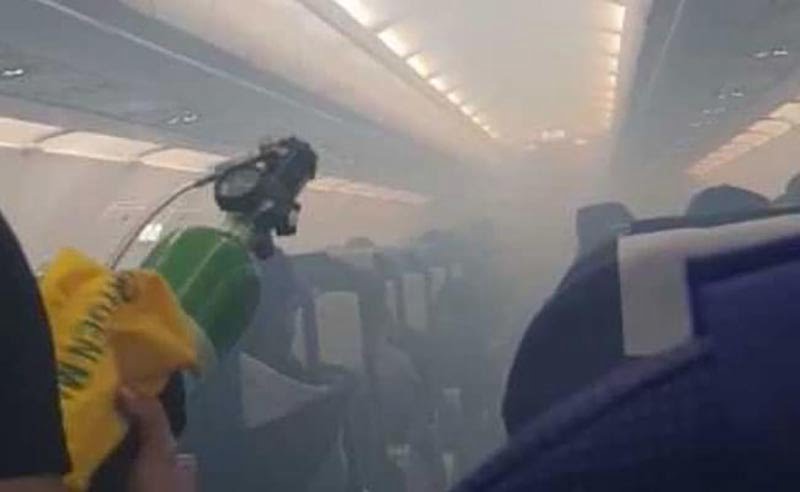 All the passengers and the crew were rescued safely and an alternate aircraft was arranged to operate the flight which took off at 12:16 am on Saturday (October 29). They have further apologized for the inconvenience they have caused the customers.

Several airlines, including Indigo one of the dominating fleets in India and have dozens of aircraft grounded because they are in the process of replacing the engines which are delayed due to supply chain issues globally.

This has resulted in the key player Pratt and Whitney and CFM being unable to supply their products on time. The aircraft that aborted the take-off on Friday could now tag along with the dozens of aircraft that need to be checked and the engines yet to be replaced or some other components for a long period.

The affected aircraft is a nine-year-old Airbus A320-200 that has spent its entire service life functioning for IndiGo after arriving in April 2013. 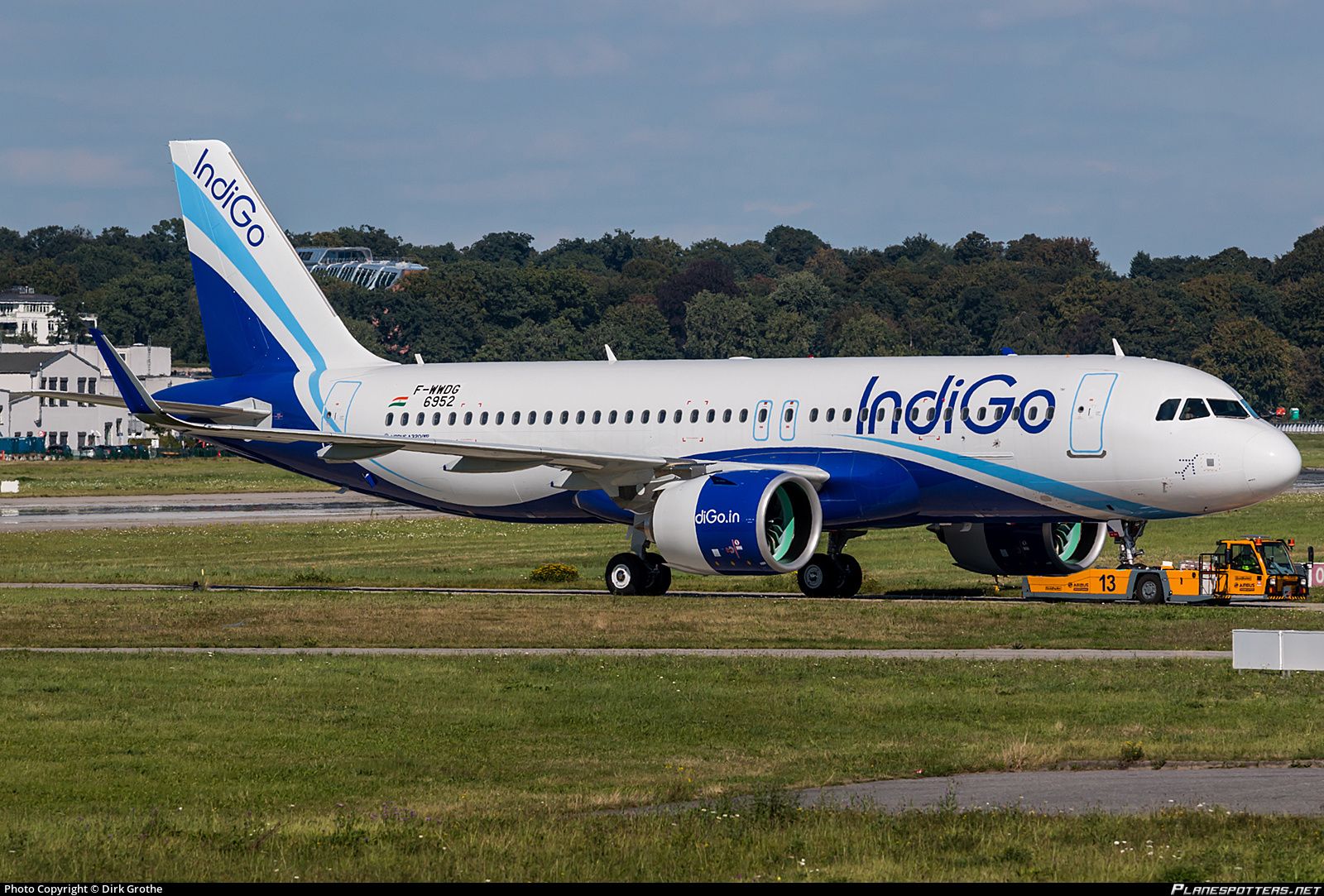 The plane is designed in an all-economy layout and has a capacity for 180 passengers.

The 320 has been powered by two IAE V2500 engines and remains grounded in Delhi at the time of publication.

The same situation has been observed in SpiceJet’s cabin. Recently, the cabin of the SpiceJet flight SG 3735 from Goa to Hyderabad was filled with smoke and panicked the passengers. 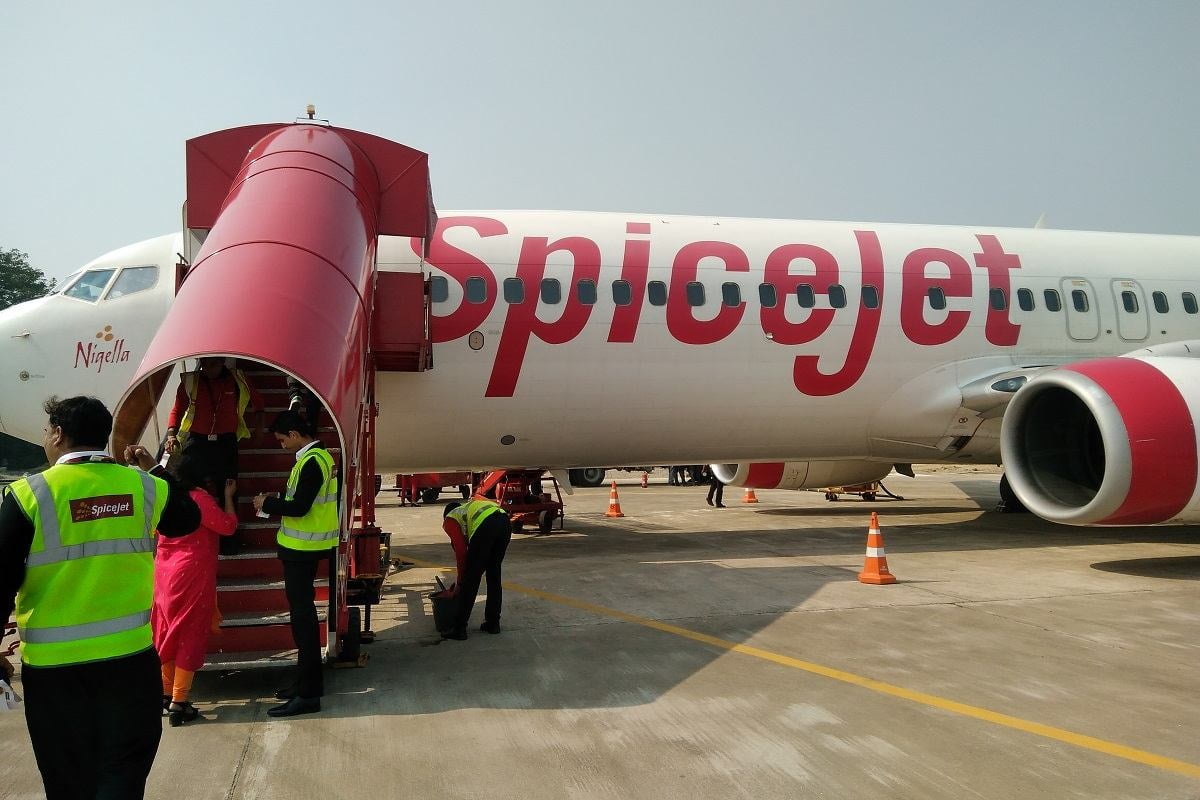 As a result, the flight had to make an emergency landing and all the passengers were safely evacuated. However, videos of the terrible scene took social media by storm saying that the crew members “misbehaved” with the passengers forcing them to delete the videos and photos of the incident.

DGCA has taken a look into the matter and SpiceJet for the third time this year. The preliminary investigation showed that the engine oil had entered the aircraft-conditioning system which resulted in smoke in the cabin and led the government body to take immediate action.

The incident has resulted in all the aircraft engines being subjected to engine oil testing every fifteen days in addition to other checks and measures.

Fire in the air is one of the most hazardous situations that can take place on a flight. If the crew members do not intervene in such a situation, a minor fire can lead to a catastrophic loss within a short period.

The first indication is that if there is a fire onboard the aircraft, the crew members have exactly seventeen minutes to get the aircraft on the ground.

Most fire incidents in flight take place due to faulty engine systems and may spread to the wings rapidly in severe circumstances. Thus proper inspection of the engines becomes a critical component to prevent such hazards from happening in the future.

Full List of Companies that have laid off employees in 2022