We all obviously remember how fun travelling is, right? All our stress gets relieved the moment we started our vacation. Travelling is also very beneficial for the economy as with increased tourism, the Foreign Direct Investment also starts to rise. This in turn helps the country in the creation of reserves that are used during emergencies. The flights have become more affordable for everyone thereby improving the conditions. However, just one and a half years ago, we witnessed something that nobody imagined even in their worst nightmares, the COVID-19 Virus. It was so fatal and contagious that it led to a worldwide pandemic. The pandemic led to the implementation of lockdowns around the globe. All the international borders were shut and there was no travel. Even inter-state was paused during the initial stages of lockdown.

How travel plays a great role in economic development? 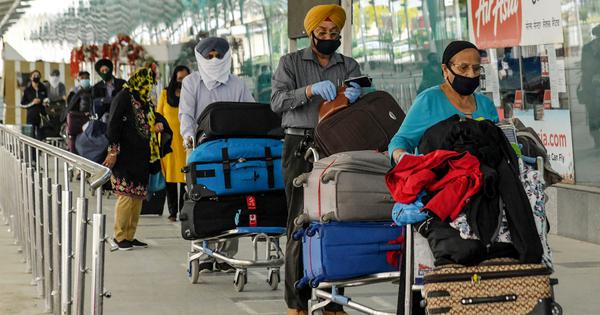 The most basic benefit of tourism is the employment which it generates. The rise in tourism directly generates a variety of employment opportunities such as tourist guides, hotels, coach staff and restaurants.

It promotes the rich culture of the country in the world which further increases the tourism prospects. Not only it helps in bringing prosperity to the economy, but it also helps the economy to generate a new source of income. It helps the country to diversify its sources of income and not just rely on a single industry to sustain itself.

Thank to the vaccination drives across the world, the countries are now easing their travel restrictions. The successful vaccination drives across the globe have reduced the restrictions worldwide, with a lot of countries opening up their barriers for the people coming from outside, with respect to certain constraints. Recently, Spain and the UAE has opened up their barriers for India, and have allowed certain categories of travellers from India to enter their country.

Let us talk about what is currently happening in the UAE.

UAE has imposed a ban on the passengers travelling from India to enter their country, as the COVID-19 cases in our country were uncontrollable. No one was allowed to travel to UAE during the pandemic time in order to protect the country from the Corona Virus. However, with the passage of time, the restrictions have been loosened up for Indian travellers.

The ban on travellers from India along with five other countries will be lifted from August 5. However, there is a catch. Only those who have a valid residency visa and have been fully vaccinated are allowed to enter the country. The second dose of the vaccination should have been done at least 14 days prior to the travel. For others, the ban is not yet lifted. The UAE has also lifted its ban on flyers transiting to other destinations. This will surely ease up the travelling process for the passengers. However, the complete formalities have not been done yet for the new set of travellers and therefore the airlines will expect a delay in implementing the new rules and therefore the new flights might be delayed by a day or two.

How will it help?

The lifting up of the ban by the UAE is a matter of great significance for the whole world. With UAE opening up its gates for the transiting passengers, the travellers travelling to various parts of the world such as US or UK will surely be benefitted. Especially the students who have to travel in order to commence their fall semester in the universities there.

Previously, the lack of flights for the US and UK from the UAE for Indian passengers as well as restrictions of the US on the number of flights caused inconvenience to the students as they had to delay their semester. Things are getting better now with the easing up of travel restrictions.

Let’s now talk about the restrictions in Spain. There is one issue, however, that only those people can travel who have been vaccinated by a vaccine that has been approved either by WHO or by the European Medicines Agency (EMA). A matter of worry for the Indian tourists is that only Serum Institute’s Covishield is approved while Bharat Biotech’s Covaxin is not approved as of now. This poses a problem for those who have gotten jabbed by Covaxin as they have to wait as of now in order to travel to Spain.

However, we all should understand that all these restrictions which are imposed by various countries are done in order to curb the virus. The world has seen a lot of destruction in the last one and a half years and cannot afford the virus to damage their countries anymore. On the other hand, students are suffering the most from these restrictions as it is directly impacting their studies.

The online platform can never be a substitute for the actual campus. They are stuck in India and are paying huge fees for their universities without even going there, which is quite difficult for the students.

Most of the international flights have been banned by the Indian government as of now with the sole motive to curb the virus. The healthcare sector of our country completely failed during the second wave of the virus and we are still bearing the consequences of it. The number of daily cases in the country is still very high. However, on the brighter side, the rate of vaccination has been constantly high now which was much needed for the economy.

The second wave of the virus in our country was so deadly that a lot of countries closed their barriers again for the people travelling from India. For example, the United States issued a notice in the month of May banning the entry of Indian travellers except for the country’s own citizens. However, it later relaxed its ban from the people who are the holders of student visas.

Notably, now all the countries are aiming to revive back their economy, and travel plays a major role in it. Last month, Germany reclassified India to the list of high COVID incidence areas while our country was previously a part of the list of virus variant areas, and therefore opened up its border for the travellers from India. The condition will get better soon, with more countries opening up their restrictions on travel from India. It will benefit the country as tourism will increase as well as it will reduce the plight of Indian students and workers who are currently stuck here due to the restrictions.

Indian builders require better financial support from the Govt. Why?

Why did the Chairman of Vodafone-Idea offer 27% stake to the government: latest speculation in the media