The lawsuit against the former CEO of the world-famous burger chain for having sex with three employees and lying is added to other allegations of harassment in his restaurants.
It’s unusual for a publicly traded US company to show its darker side first thing in the morning on a Monday. McDonald’s began last week by announcing that it was suing former CEO Steven Easterbrook for fraud after discovering that he had sex with at least three female employees and that he lied to the company when he was discovered by one of them. The case reveals the company’s efforts to combat inappropriate behaviour in its work environment. A review that has begun at his highest position, but extends to numerous pending incidents at restaurants serving Big Macs.

The smile faded from the clown Ronald McDonald in November when the firm fired Easterbrook for having a sexting relationship – sending messages of sexual content – with an employee. Both recognised the relationship as consensual and the CEO accepted his dismissal along with a compensation of 40 million dollars (about 34 million euros at the current exchange rate). In an attempt to sweep the case under the rug, the company desisted from fully investigating the executive’s actions. He considered the case closed and turned the page with the signing of a new boss: Chris Kempczinski. He assured that he would be dedicated to supervising the behaviour of employees to undertake a facelift for the company.

Everything changed last month when another employee hinted that other women had been intimate with Easterbrook. It was then that new inquiries were made that revealed deeper problems. Easterbrook had had sex with three female employees in the past year and one of them had received a significant amount of company stock during her relationship with him. McDonald’s found the evidence after reviewing the history of his business email account. There he found a series of photos with sexual content that had been forwarded from that account to a personal one. Easterbrook had also made sure to erase all the material from his company cell phone.

Easterbrook’s arrival at McDonald’s in 2015 brought a breath of fresh air to an ageing chain in decline. He dedicated himself to modernizing restaurants and introduced digitisation of menus. The firm improved its numbers markedly, but the work environment continued to suffer from inequality, low wages and sexual harassment. Following the technical modernisation undertaken by Easterbrook, it was necessary to rebuild human relationships in the bowels of the company. And Chris Kempczinski’s role has been to show transparency in that process. So on the morning of Monday, August 10, the firm sued Easterbrook in court in Delaware and informed the US Securities Authority (SEC) of the complaint.

The scrutiny of companies and CEOs in the US in recent years has sparked a series of layoffs related to the behaviour of top executives. Briant Crutcher, who was head of Texas Instruments, was fired after only seven months in office for violating the company’s code of conduct. While Brian Krzanish, former CEO of Intel, lost his job when it was found that he had a relationship with a subordinate, in a company with strict rules against too close relationships between its employees. The new times have brought new standards of behaviour in the noblest plants of the multinationals.

The unusual wave of transparency comes weeks after McDonald’s announced an initiative to promote equal opportunity, about the Black Lives Matter movement. “McDonald’s probably sees this lawsuit as good press, not bad publicity,” says Jonathan Maze, editor of Restaurant Business Magazine. The firm also seeks to recover the compensation it gave to the executive and prevent the shares it offered to one of the employees from being sold.
The mea culpa comes from the company, but they tried to remove all the responsibility from the company and clean up its reputation. “We now know that Easterbrook’s conduct deviated from our values in a much more decisive way than we knew when he left the company last year. McDonald’s does not tolerate behaviour by any employee that does not reflect our values” Kempczinski said after announcing the complaint against his predecessor. 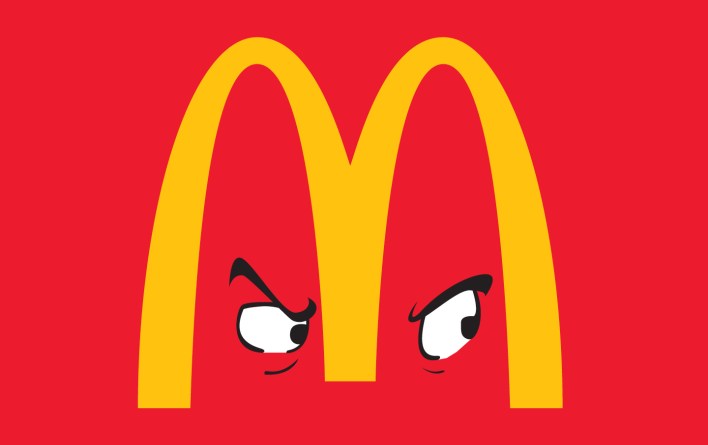 Complaints and a systematic problem

See also  D-Wave sticks with its approach to quantum computing

Last year, McDonald’s created a sexual harassment prevention program. But this one is only aimed at restaurants directly owned by the company and is offered as an option to branches operated by other owners in the franchise model. Meanwhile, dozens of harassment complaints against McDonald’s await in court and various organisations claim that there is a systematic problem at all levels of the company.

Before the Easterbrook case and the emergence of the #MeToo movement, several female employees filed dozens of complaints against the company since 2018. The American Civil Liberties Union (ACLU) notes that in the networks of fast-food restaurants in the US, at least 40% of female workers have acknowledged having been harassed in some way, verbally or physically. The organization considers that the company’s actions are insufficient and does not undertake to work on the restructuring of its work environment. “McDonald’s evades its responsibility,” they point out. The company will have to show that the change is now profound.