It’s astounding how a simple economic theory translates into such a convoluted problem when taken a pragmatic approach. Well, while the United States is having this debate on minimum wage and is busy picking sides with two contrasting perception bearers, the economists around the globe have had a chance to dig deeper into this seemingly simple yet exacting conundrum to challenge the beliefs economic geeks have commonly held.

Allow me to paint you a picture from both the sides and present what makes each one of them so compelling yet insufficient. After that, feel free to choose sides yourself.

Even though the hefty stimulus packages and fiscal support ameliorated the impact of the pandemic on common people’s lives in the United States, the poverty rate has sharpened nonetheless, with lower sections of the society being the victims. As a call to fight the spurted poverty, backers of the minimum wage have asked for higher wages.

The opponents, on the other hand, challenge this belief by the observation of minimum wage ultimately meaning The Minimum wage debate- which side do we pick?  in the country, and inflation spike being already witnessed.

So, the question on both sides is primarily about- how much? That would make things clear, right? A cost-benefit analysis of minimum wage with the cost being job losses and benefits being reduced poverty would help us understand which side is weighed down. 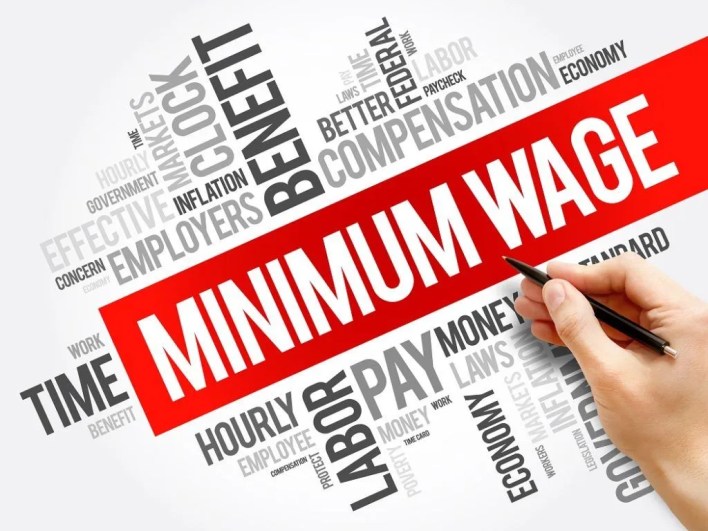 This analysis, would, however, require you to know how much of each is the estimated outcome and that’s where the economists and experts are conflicted. Let’s see why.

The excessive literature on minimum wage seems to have taken a back seat since the empirical outcomes of the estimated events do not exactly turn out to be too proficient on either side. With the increase in inflation levels for a considerable time, the minimum wage lost its real value and a result has been some states increasing the minimum wage above the federal levels. 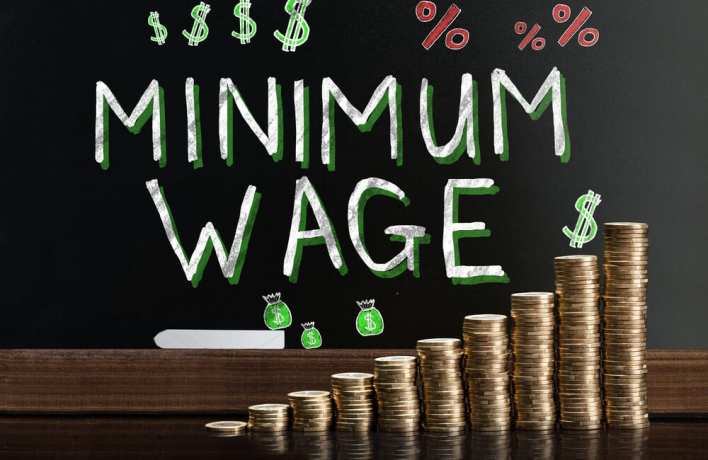 This would give us a base to assess the impact of our estimations on, no? Well, turns out the answer is a no. The varying minimum wages in some states as opposed to the federal wages did not correspond to a significant job loss as such but did not lead to a justifiable anti-poverty either. I know, this strange outcome makes economists so uncertain about the entire situation.

The proponents of minimum wage see it as an anti-poverty instrument, for it’s supposed to reduce the poverty levels. But as mentioned, it is not just doing it. How can a policy instrument designed specifically for anti-poverty lead to the non-reduction of poverty? Well, the answer lies here in the target section.

The workers that majorly work in the positions that offer a minimum wage are not really the low income earners of the economy, but youngsters who get to earn their pocket income from these activities. As a result, when the minimum wage is increased, the income actually flows up the cycle and not down, which is not what the goal was.

So long as minimum wage doesn’t bring people into the labor force, it wouldn’t work as an anti-poverty instrument. It would keep operating as a pay more law for the small and medium businesses than to creating the much-needed fairness trend. The data on nudging people to enter the labor force is not as quantitative or objective as we’d need to effectively reach a conclusion.

The situation, however, is different for India than it is for the United States. It is because the below poverty line people in the United States are significantly the ones that don’t work, for if they did, even at the current minimum wage, they’d be earning more than the poverty levels.

As for India, well, even the workers that are working extra shifts along with their usual hours are not able to make it to above the levels. Not only that, a number of sectors that employ these low-wage earners do not extend the minimum wage horizons. Expanding the program’s reach would be the first step for India, increase or decrease would be a lateral decision then.

Nonetheless, back to the minimum wage discussion.

As for the opponents of the minimum wage increase proposition, their argument rests on the incidence of job losses as a result of minimum wage. This roots from the increased cost of production, or basically keeping the workforce, for small and medium business owners. As a result, they hire selectively in the sense that they are more critical of who to spend their money on, contributing to the loss of jobs.

This argument, however, hasn’t been very empirically supported since the states that did introduce higher wages did not see a loss in total employment as such are not too evident. Elaborative analysis conducted by a number of economists has resulted in the conclusive evidence of not having a significant job loss as a result of increased minimum wage. This kind of weakens the objecting space, no?

So, the significant question is, who’s ultimately paying these wages? Small business owners or middle and high income earners? Evidence suggests that a large proportion of these wage increases are passed on to the consumers, meaning a price hike.

However, taking into consideration the Consumer Price Index, the amount is not as substantial, economists suggest. This means that low income business owners are not paying the money out of their pockets, and the effect is overall scattered.

As for the low income earners, who the scheme aims to benefit, ultimately consuming those now higher priced goods, it’s that the wage benefits are way larger than the eventual price. So it’s a win-win for them.

But how about the small and local business owners? The ones that do not have the means and resources to afford higher wages or those if they pass on the process would go out of business? The local restaurants, hospitality sector, and other small scale shops are all part of the argument here.

Oh well, we’re right where we began. All we have are a bunch of arguments and counterintuitive theories which bring us back to the barrel of economists still clinging on differing sides. The literature also has been largely divided into what has always been believed and what new information is coming out so there’s doubt there as well. As for the conclusion, well, we may still have a lot to figure out just yet and this is the prime example of how economics works. What eventually takes place is yet to be seen.

See also  HTC should kill its phones and focus on VR