Recently the Finance Minister announced a Monetisation Plan. The country’s economy has been through a railroad of turbulences, with cracks in the economic system now visible wide open. Even though the world economies are getting back on track to fare through the pandemic impact, the Indian economy is still trying to make correct estimations with respect to its pre-pandemic situation.

The stimulus-led growth that aided the pain for advanced and other emerging economies of the world was completely absent in India’s case, and the lack of funds with the government is one significant reason for that.

While other countries supplemented their economy with the large fiscal aids in the stimulus packages, India’s stimulus was restricted to significantly partial monetary aid and the longer-term infrastructure projects.

Following the identification of 13 supposed industries, including airports, railways, roads, shipping and others, the brownfield infrastructure assets monetisation is said to be achieved after the privatization of the aforementioned. Experts have declared the National Monetisation Plan to be ambitious, given the targets explained by the finance minister in the recent release.

But, why is this monetisation pipeline important? 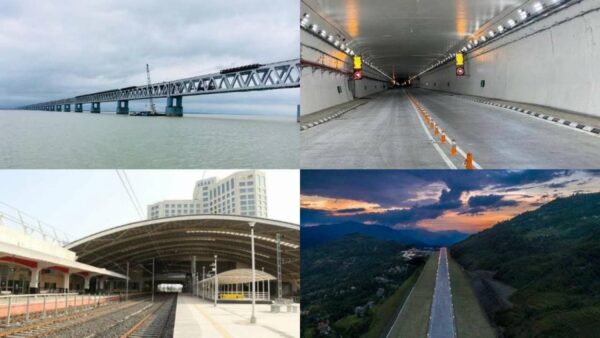 It can be said without a doubt that this new monetisation pipeline, no matter how ambitious, is a very important step to achieve the targets set for the country’s infrastructure pipeline, and other eventual achievements as well. Primarily, monetisation or privatization solves two major purposes-

1.Once the investment has been made in some state-owned necessity industries like road, airport, rail, gas pipeline and others, these public goods become available for market-optimal allocational utilization. Even though the debate about socially beneficial optimum with the imposition of optimal taxes is still debated, the goods are effectively non-excludable and non-rival, until the congestion limit at least.

Nonetheless, the government now requires funds for other investments which the country needs at the moment. As a result, the assets that have been created are now passed on to the private entrepreneurs to continue further operation, while the capital generated through sale is re-invested in the creation of other public assets.

2.  Another important implication of, or rather reason for, privatization is the upkeep and operation facilitated by the private sector far exceeds the state’s ability for the same. This is a more generalized way of saying that the private sector is more potent in handling these state-owned public assets than the state.

Even though theory entails a vast list of reasons for the same, let’s restrict ourselves to two major ones- incentives and systematic handling. Since the private sector operates with an objective of profit maximization, they have an incentive for minimizing the cost and optimizing operations to ensure the maximum possible attainment of the returns on investment. Along with that, lack of bureaucratic levels and political influence also helps in smoother corporate working.

So, it would be fair to say that this monetisation pipeline is very important. Irrespective of the misinformation surrounding the need for monetisation, the step makes significant sense given the changing needs of the post-pandemic situation. One key thing to note here is that monetisation is not the sale of assets, none of which is something that the government should get defensive about provided the logical course is taken for it.

However, the real question to ask here is, Is the Monetisation plan too ambitious to be realized?

Well, experts certainly think so. Especially the foreign finance Secretary Subhash Garg, who seems to be sceptical about the new monetisation pipeline, seems to think the plan’s targets might not be met given the experience.

Can the creation of potential monopolies be a concern?

The concerns are divided over a number of issues, including the implementation of the plan and other contingencies. However, one significant question being raised is, who would get these assets? And allow me to tell you why this is a rather important question.

The Vodafone-Idea insolvency has recently raised concerns about the three-player nature of the telecom industry and has brought into light how these state-based asset monetisations can create monopolies if it goes in the hands of a few.

This concern primarily comes from what the Indian market currently looks like. A highly decentralized operation of important assets, and too many operators define the situation at present.

Experts suggest that there is a necessity for large efficient players to run road assets or airport assets. The keyword here is “players” since a monopoly allocation would lead to an inefficient outcome, both in terms of the handling of the assets with respect to the number, and the social aggregate benefit considering monopolies operate on economies of scale.

However, this concern was considered to be misplaced by the former Finance Secretary, for he claims that a relatively smaller proportion of the total airport or road assets would go in private hands, and that too a fair number of operators, as estimates suggest.

Therefore, the fact that say 5, 10 or 20 strong players in the roads or rails industry would be a rather efficient number since the industry structure is such that the creation of potential monopolies would not really be a concern of the country.

Would the plan’s implementation be as loud as its announcement has been? How far along can we see ourselves on the target?

Well, answering this question would require us to take a look back at the past plans and what their pathway has looked like. It can be said without a doubt that similar plans imposed in the past were not exactly a shining gem at the time of their implementation, since the track record seems to be going don eventually.

Case in point- the six airport monetisation that took place in 2019 suddenly hit a halt thereafter, so much so there has been no single transaction since.

The condition has been rather similar for the roads also. There have been only five packages so far of ToT. Two of them did not take off at all in the last five years; we have only done three. There is not much success anywhere else.

According to the former Finance Secretary Subhash Garg, “this particular plan which talks of Rs 6 lakh crore over four years — that is Rs 1,50,000 crore a year — is simply too ambitious. I do not think there is any likelihood of it getting done.

The institutional mechanisms which we have created are also not at all conducive for this to happen.” And experts seem to agree with this viewpoint because as we have observed in the past as well, the ambitions of these policy pipelines, be it the infrastructure one released back then or the monetisation one now, are way too high. The plans talk big numbers but the actual effect remains restricted to a few hits and many misses over a much larger duration than planned or anticipated.

These problems would be countered only with proper detailing in the plans with respect to clarity on capacity and structure. So, the hefty Rs 6 lakh crore may look like a significant one but over the course of few years, say half a decade, achievement of about 10 per cent of this target would be the most that we can expect at the moment.