Pakistan’s Economic Crisis: Following in the Footsteps of Sri Lanka

Sri Lanka’s political and economic crises are a fitting modern-day case study of epic proportions. The island nation has faced this grim reality as a result of economic mismanagement, family political hierarchy, and inept governance. A casual examination of the circumstances shows that this disaster had been brewing for years.

However, a thorough examination reveals an unusual pattern of mistakes that hastened Sri Lanka’s

That pattern bears an amazing resemblance to the recent developments in Pakistan. Thus, the trajectory of Sri Lanka’s current sorrow may foretell Pakistan’s nightmare.

Protests are raging, violence is rife on the streets, and stability is nowhere to be found. In recent months, both countries have followed a similar political playbook to the letter. 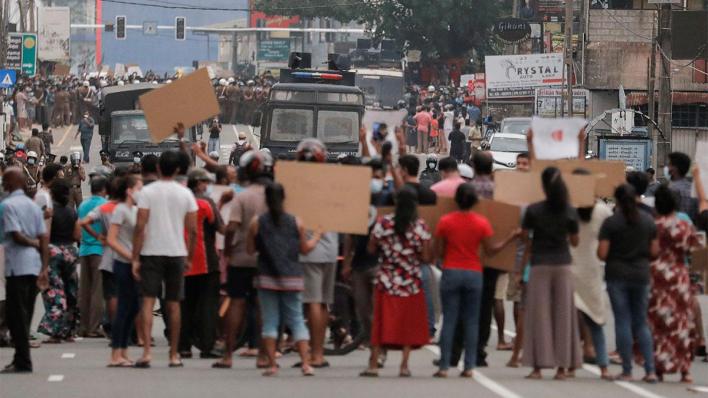 The No-Confidence resolution against Imran Khan quickly disillusioned his allies. The ensuing disaster resulted in Khan’s resignation and a regime shift. At the same time, strong public pressure and widespread protests separated the coalition partners from Gotabaya Rajapaksa’s ruling party. Early in April, all 26 members of Sri Lanka’s government resigned in unison.

Rajapaksa’s simple majority of 113 in parliament was shattered when more than 40 members of the ruling coalition rejected his proposal for a “national unity government” led by him.

Protests across the country and a cruel state of emergency eventually resulted in the unexpected resignation of the Prime Minister.Mahindra Rajapaksa. Both countries are now in political limbo, with one governed by an isolated president and the other by a coalition of fractious parties. Worse, economic desperation is pressing strongly against the backdrop of the unfolding political transition. 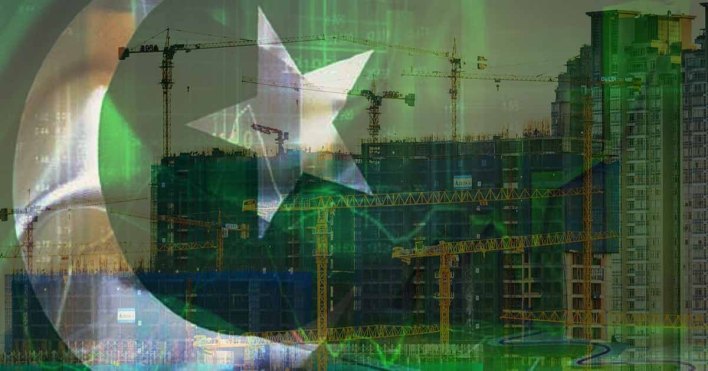 Today, Sri Lanka’s useful dollar reserves stand at about $50 million, insufficient to cover even a few weeks’ worth of imports. Meanwhile, the SLR has dropped by more than 60% versus the US dollar.

Aside from debt service, the government is unable to import even basic food, gasoline, and medicine. That’s a formula for a humanitarian disaster waiting to happen.

Pakistan’s dollar reserves have also fallen dramatically in the current fiscal year. From a peak of $20.15 billion in August 2021, the State Bank of Pakistan’s (SBP) foreign reserves have dropped by half to $10 billion. In contrast to Sri Lanka’s interventionist soft-pegged currency rate regime, Pakistan has correctly pursued a clean float process by IMF criteria. 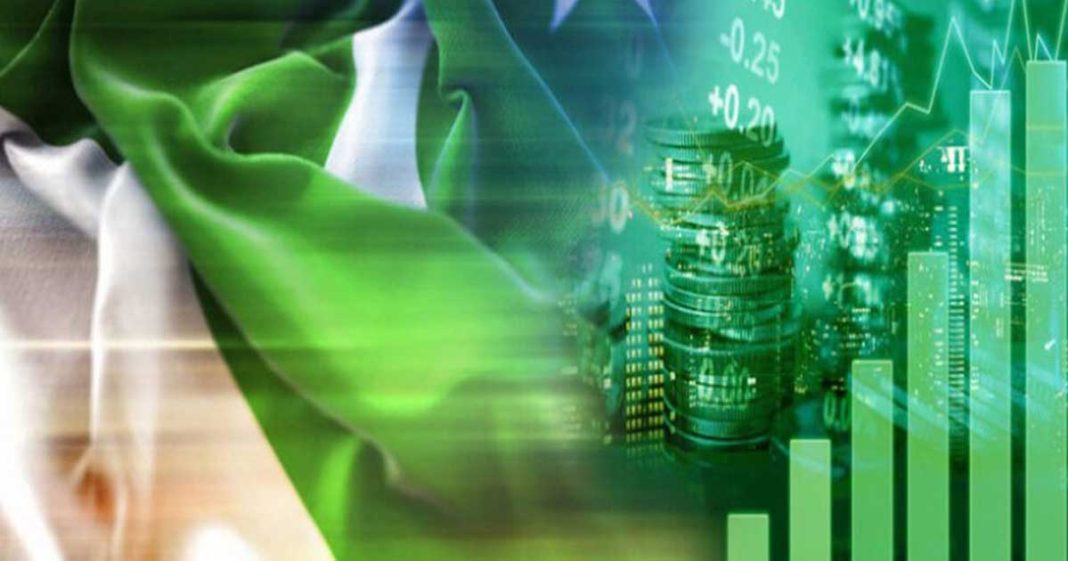 While the Pakistani Rupee (PKR) has depreciated by about 100% in the previous five years, the currency is not artificially maintained. In actuality, the Pakistan Real Effective Exchange Rate (REER), the PKR exchange rate weighted against a basket of 37 currencies from important trading partners, is fixed in the 95-100 range, making exports more competitive and discouraging imports.

Unfortunately, Pakistan’s imports are mostly priced inelastic, and its quality exports are insufficient to offset the imbalance. As a result, borrowing prices have continually risen to cover the rising import bill, making Pakistan one of the most indebted countries in South Asia.

Ironically, the ultimate economic clash in Sri Lanka was disguised under the pretense of public benefit. The incumbent president, Rajapaksa,’s pledge of a populist tax cut won him the election, but it also cast a death spell on an economy that was already on the verge of collapse.

A cut in the value-added tax from 15% to 8% with no other revenue replacement scheme flopped. Furthermore, the inept administration restricted critical imports such as fertilizers to protect dollar reserves, resulting in a domestic food catastrophe in retrospect.

The epidemic exposed Sri Lanka’s strategic folly, as prices soared, tourism money evaporated, and unemployment gripped like a vise. The invasion of Ukraine weakened the economy even further as global energy (and commodity) prices rose. In April, inflation in Sri Lanka reached 29.8 percent, with food inflation reaching over 47 percent.

Fuel costs have nearly doubled, causing major fuel shortages and power outages. Today, Sri Lanka’s sovereign debt default, a scarcity of basics, and a scarcity of dollar reserves serve as a reminder to Pakistan of what lies ahead.

Despite the potential of a loan rollover from friendly nations, Pakistan urgently needs the reinstatement of the IMF’s Extended Fund Facility (EFF). Pakistan is slated to repay $4.5 billion in outstanding debts by the end of the current fiscal year.

While, unlike Sri Lanka, Pakistan does not face the danger of a loan default – at least in the near run – Pakistan’s Eurobond rates have skyrocketed to 27 percent in the secondary market, indicating a growing market perception of Pakistan’s default risk on repayments of maturing foreign debts.

As a result, other economic risks might exacerbate Pakistan’s already vulnerable economy. According to the Pakistan Bureau of Statistics (PBS), the Consumer Price Index (CPI) assessed the inflation rate increased to 13.4 percent in April.

Food inflation  more than 17% in 2022 after averaging 6.78 percent from 2011 to 2022. Despite a remarkable 25% increase in exports in the first ten months of the current fiscal year, imports more than quadrupled as a result of inflated global oil and commodities markets.

As a result, Pakistan’s trade imbalance surpassed $39 billion during the July-April period. In the same period, a constant influx of record overseas remittances has reduced the current account deficit to about $14 billion. However, because the import bill is strongly weighted in fuel expenditures, the current account deficit is anticipated to rise to $20 billion – around 6% of the national GDP – by the end of this fiscal year.

Sri Lanka has already defaulted on its $51 billion foreign debts, and the IMF is reorganizing the country’s economy to stabilize it. Sri Lanka is requesting a rescue package of $4 billion.

Beneficiaries like India and China have stepped up to extend credit lines, make import payments, and even assist in alleviating the lack of crucial products. Despite significant assistance packages, the political vacuum and lack of institutional governance will continue to suffocate the economy.

Pakistan, on the other hand, has amassed record borrowings of over $50 billion under Khan’s 45-month tenure. Fortunately, Pakistan’s regime transition has averted the looming catastrophe. Nonetheless, rigorous changes and prudent economic policies are required.

In the near term, the remaining gasoline subsidies, worth billions of rupees every month, should be discontinued immediately. Luxury imports should be increasingly controlled as the currency depreciates naturally, while value-added exports should be supported.

The budget deficit is currently between PKR 5 trillion and PKR 5.6 trillion, well above the fiscal year’s objective of PKR 4 trillion. As a result, the government has resorted to borrowing — in the form of floating Eurobonds and Sukuks in the foreign market and floating treasury bonds in the local market. However, record-high secondary market rates have cut off any quick assistance for Pakistan’s cash-strapped government.

To avert a default, Pakistan should work on broadening the national tax base, terminating wasteful tax amnesty programs for privileged businessmen, and reducing interest programs to lower the benchmark interest rate, which is now hovering around 13.75 percent.

However, foreign debt has increased by 200 percent in the previous six years, while debt servicing expenses have increased by 250 percent. The overwhelming mismatch should serve as a wake-up call to Pakistan’s policymakers. Almost 78 percent of Pakistan’s government tax revenue is used to service external debts. 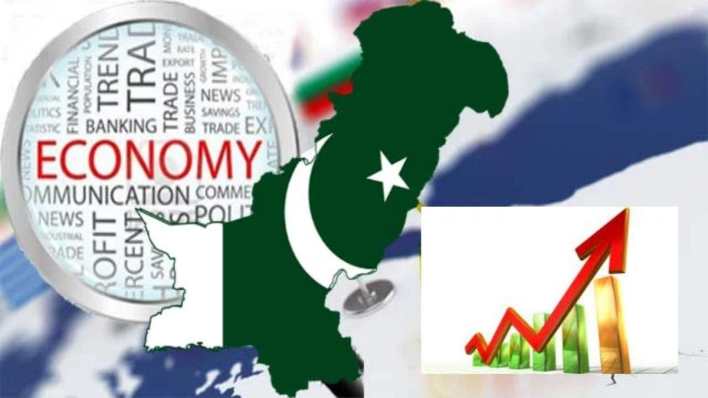 The government does not only require the IMF program; it is heavily reliant on it to satisfy public expert objectives. As a result, in the long run, Pakistan should prioritize bilateral trade and foreign direct investment (FDI) over usual foreign borrowing. Instead of purchasing luxury items, remittances should be used to service foreign debt. Furthermore, instead of supporting wasteful sectors, future governments should emphasize food security through quotas and price controls.

The construction of efficient oil refineries and the expansion of production capacity should also be prioritized to progressively transition away from co-prioritized petroleum products. In the end, it is not too late for Pakistan. However, without any significant will to develop, continued reliance on the IMF, and Chinaa delay of much-needed changes, I believe we are on the same Sri Lankan track.