Protests in China have enveloped the government’s strict covid measures, and it has increased its intensity, with people publicly showing their anger at the Communist party leaders.

Thousands of protesters have moved to the streets in Shanghai. Students have started demonstrations at universities in Beijing and Nanjing.

The recent protest has been seen in Urumqi, where the protest was led in the northwestern part of the country, where the lockdown rules around the country led to the death of ten people. The government’s strict covid-19 lockdown measures were blamed for the incident. The Chinese authorities have constantly denied that the deaths were due to covid-19 restrictions. However, the officials in Urumqi did issue an apology stating that they would restore order in the region after phasing out restrictions in a defined manner.

The situation led to a chaotic situation in Urumqi, where the people held white banners while others lit candles and laid flowers to express their condolences.

The demands to relax restrictions are an unusual sight in China because any criticism against the government could result in harsh repercussions.

The reports state that the government has failed to understand the people’s resentment towards the zero covid approach. The policy was taken by Xi Jinping, who recently announced that they would not back down from the approach. One protester in the streets of China has opened up the media platforms stating that he felt shocked and surprised at the same moment to see people coming out for the first time and protesting against the Chinese government against the large-scale disappointment caused in China by the Communist party.

He said that continuous lockdowns had frustrated him because he was not able to meet his mother, who was going through chemotherapy.

Others have shared their experience of violence. One protester has revealed that his friend was beaten by the police in the same place where protests were continuing, and the other two friends were pepper sprayed.
People gathered in Urumqi to show condolence regarding the death caused by the fire. The crowds were managed by the police, who took care of the situation.

Reports showed that police officers, private security guards, and the plain-clothed police were confronting the police about the protests who assembled for the second day in a row.

Demonstrators who were continuing anti-government chants were taken away or pushed by police cars in severe situations. The police resorted to violent means to bring the demonstrators under control.

Photos and videos flooded the social media platform showing that students were protesting against the Communist leader Xi Jinping in the universities of Beijing and Nanjing.

Many people participated in the demonstration at Tsinghua University in the capital.
The group held a blank sheet of paper which marks as a sign of defiance against the communist leader, and chanted songs regarding freedom and democracy.

The videos of the protests strongly condemned the Chinese government.

On Sunday, hundreds of residents took to the streets in the city of Wuhan-where the covid pandemic first began. Some of the protesters have started to knock out barricades.

The tragedy of the Urumqi incident resulted in widespread demonstrations among the people in China.

The Urumqi incident was a nightmare scenario for many Chinese citizens who were under strict regulations in an attempt to curb the covid-19 cases in China. 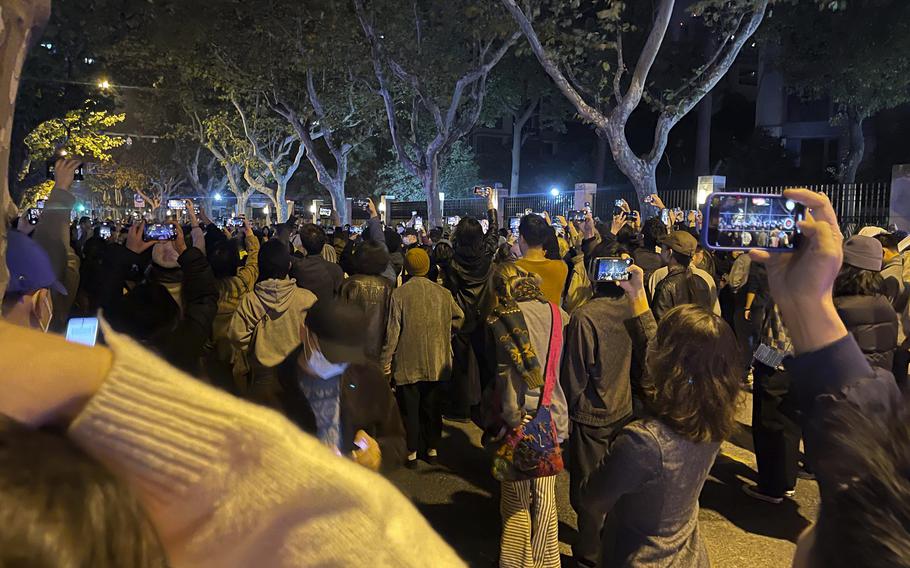 Millions of people have gotten tired of the restrictions imposed by the government to limit the movement of people across the cities.

The frustration has spread to all the regions of China, including Xinjiang and Tibet, and has caused trouble to all the members of the society, including young university students.

Protest against the covid measures have become a common sight in the streets. But this week’s demonstration has captured major attention than the normal demonstration.

The demonstrations were carried out in criticism of the government and Xi Jinping.

The zero covid policy is the last policy of its kind among the world’s leading economies. The initiative was taken to protect the elderly people from the spread of Covid-19 and relatively low vaccination rates in the nation.

The continuous lockdown has caused anger among the different people in the country, and the long covid protests have triggered violent protests from Zhengzhou to Guangzhou.
Despite the stringent measures taken by the Chinese government, the covid cases has been rising since the pandemic.