The Indian Constitution provides to its citizens 6 Fundamental Rights among which Right to Freedom and Right to freedom of Religion are in great peril at the moment.

These fundamental rights are the guards that protect the citizens from the autonomy of the state. It makes sure that each and every citizen of the state irrespective of race, caste, creed, gender or political orientation, is treated equally, at least by the law of the land.
While drafting the Constitution B.R. Ambedkar along with the other members of the drafting Committee, strove to make the Constitution of India as accommodating and equal as possible. Their vision can be accurately expressed in the words of Rabindranath Tagore’s poem:

“Where the mind is without fear and the head is held high,
Where knowledge is free
…
Where words come out from the depth of truth
..
Where the clear stream of reason has not lost its way
..
Into ever widening thought and action
Into that heaven of freedom, my father, let my country awake.”

This was the dream of Rabindranath Tagore and many other leaders who braved their lives for the country. It is dismal to see that this country is starkly different from the one they envisioned.

The Right to freedom, a fundamental right under article 19 of the Indian Constitution provides for six fundamental freedoms, namely:
1) Freedom of Speech and Expression
2) Freedom of Assembly
3) Freedom to form Associations
4) Freedom of Movement
5) Freedom to reside and to settle
6) Freedom of Profession, Occupation, trade and business

The Right to Freedom of Religion mentioned under articles 25-28, guarantees to the citizens, the freedom to profess their faith without encroachment from the government or other bodies.

All of this is just to remind you that the country is still a free country, which holds secularism, freedom and equality on a pedestal (At least in theory). However, of late, we have been observing that these fundamental rights and the freedoms listed under them are nothing but ornamentation. Democracy is showing its dark side to the ones not privileged enough to be in the majority.

The basic rights of the people being encroached by governments is not new, but the blatant disregard of people’s protests on every front, is a sight to behold. Here are a few examples of utter disregard of personal liberty, by our beloved government. 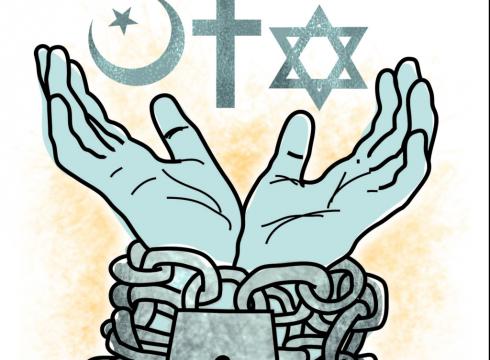 Incidences of communal violence on religious grounds have been prevalent in the nation since Independence. The 1948 riots as part of annexation of Hyderabad, the 1984 anti-Sikh riots in Delhi and the 2008 Kandhamal violence against Christians in Odisha.
The latest example of this is the Prohibition of Unlawful Conversions Act, more popularly known as the anti-conversion law by the UP government. Laws like these have been passed in the past too due to various other reasons. While the wording of this law seems completely uncontroversial, the spirit of this law and the intentions behind it are the main problem.
The law aims to stop the conversion of a person by coercion, allurement, misrepresentation or fraud. It has another provision, one that is rather disturbing. A marriage carried out for the sole purpose of changing the religion of the bride or the groom will be declared null and void. This is what is being called as the fight against ‘love jihad’. No Indian is new to this term. While there might be instances of conversions in this process, the government, through this law, alienates a whole religious community, yet again.
One cannot deny the fact that acts of violence have always been against the minorities in any Indian state. The government being majorly constituted of members with extremist ideals only raises alarms in the minds of the minorities in the country

In December 2020, a muslim boy, in UP was arrested for walking a hindu friend home. On what grounds? Love Jihad.
The two were chased by a group of left wing extremists, beaten with sticks and forced to report to a police station.
The law in itself might not be wrong, but what good is a law when it is being misused more than it’s being used.

A country which prides itself on its diversity and secularism, is bringing laws to kill those very ideals.

The Global Press Freedom Index was released recently and India’s rank was 142nd among 180 countries. I’d say its not surprising. India dropped two places since 2019.

Although, reports of journalists being murdered had decreased from 2018 to 2019; the gagging of news agencies, illegal detention and harassment of journalists on absurd grounds and online trolling has only increased. Journalists are facing FIRs for reporting something as uncontroversial as shortages in food supply.
Intimidation of media by people in power is only rivalled by fake news. There are news agencies blowing up a matter to an unimaginable extent, while not reporting some other matters. In such situations how can the public not think that the media is sold out. The media which was supposed to be the fourth pillar of the democracy is either gagged or bought.

One needs to realise that the freedom of speech is not an absolute right, it comes with safeguards under article 19(2) of the constitution. While it is important that the journalists check their facts before expressing their thoughts in front of the masses, they aren’t supposed to live in fear. Thus, speaking up against the policies of the government shouldn’t sound like incitement. However, the real question is, who draws the line between free speech and incitement? What sounds like mere expression of injustice to some, may sound like sedition to others.

While the print and TV media were the ones being regulated and targeted, social media seemed like a safe place to express one’s views without fear of hurting certain religious or political ideals. However, the recent gazette notification by the President of India brings the online news providers under the Ministry of Information and Broadcasting. This over the top media regulation has been quoted as a violation of Article 19. Instead of appointing a statutory body like the Press Trust of India, the government sought to regulate this media on their own. The divide and rule policy seems to have prevailed even after years of independence from our colonisers. Differentiating online and print media will further decrease the credibility and strength of media in our country. 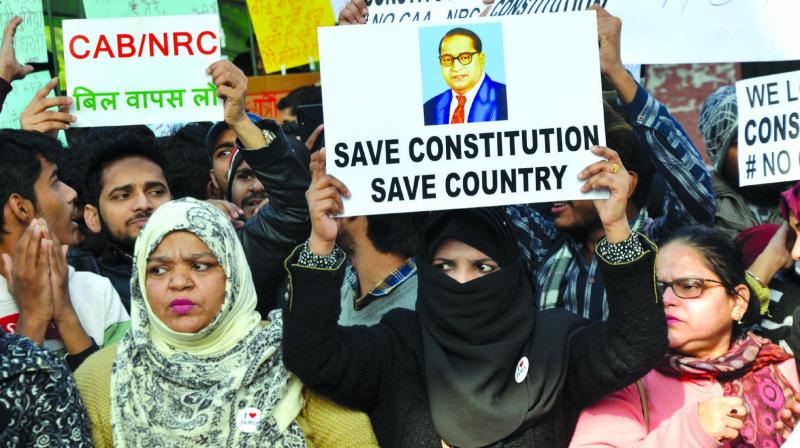 Protests against CAA-NRC
The protests and the subsequent violence by the state against the peaceful protesters is still fresh in the minds of people. Women, children and students alike campaigned against a law which sought to discriminate on the grounds of religion. The fact that there was no distinction being made by the Police while instigating violence only proves the desperation of the lawmakers to subside this uprising. What was fascinating, was that Hindu men and women stood as a barrier to protect their Muslim brothers. This protest might’ve failed but it proved one important point, discrimination on grounds of religion is just a propaganda being used by political parties to divide the people.

Farmer Protests: For those who weren’t moved by the CAA-NRC protest, the farmer protest might’ve changed something. This time it was not even about religion (as most controversies involving the government are about). The movement is against the disregard or lack of consultation with the stakeholders, before passing a law. The protesting farmers are only expressing their lack of trust over this new law. The protests were peaceful at first. Violence followed later on. Who instigated it is unclear, but the way this issue is also being dealt with is a clear violation of the fundamental right to life of a person. People who speak out for the cause are being targeted and harassed- calling them ‘perpetrators of violence’. Many supporters are not able to speak out because of fear of the government.

This is not just one government, whenever any government in the country was faced with controversy, similar measures were taken to deal with the masses. This raises one fundamental question, is India really free?
How good is a democracy if it fails to represent and protect its minorities?

The question of freedom of the people in the country has been raised by many. It is acceptable that freedom to express your views should not come at the expense of hurting others’ sentiments. However, a democracy is one where all views are taken into account; It is supposed to be a system where law abiding citizens do not live in fear of being arrested for expressing their honest opinion. When one section is more privileged than the rest, when extremist groups can get away with violence in the name of religion, when laws are passed without enough consultation and regard for the stakeholders, the line between democracy and autonomy blurs.

As Coronavirus cases surge in the country, here's all you need to know about the new Covid -19 varients!