There have been upheavals about gender diversity at work in the last 15 pandemic affected months with many corporations claiming to fight for more equal employee rights aggressively. The transition that is taking place is still a gamble for we know that companies and corporations are still well behind on equal wages for men and women.
Consider the following: According to this year’s Global Gender Gap report, women are estimated to be one-fifth of their male counterparts. In its 14th edition, India declared a fall of 28 steps among 156 countries to be now placed at 140th. Pakistan, at 153rd place, was the only other nation in South Asia trailing India. In the same study, the report emphasized that India was one of the countries with the highest gender disparity calculated at 32.6%, with a workforce of just 22.3% women.
Why is the gender gap widening?
Experts believe the gender wage gap is widening with the effect of the pandemic on the economy and the labour market. The pandemic has brought MSMEs and enterprises into survival mode in markets that were badly affected. Organizations have been reduced by confusion. In the context of the pandemic that gender equity and pay parity would be the least priorities of any company struggling to survive. This may obstruct their way to create an environment for women’s job improvement.
What do the further statistics show?
The key results from a 2019 study by Monster India job portal include an insight into the country’s gender pay gap: 19% lower for women than for men. In 2018, the average Gross Hourly Wage was Rs. 242.49 for men and Rs.196.3 for women. According to this report, the difference was 26% broader in IT services and 24% in production. Studies in the last year have shown too, with many fleeing their workforce, that the pandemic had an adverse effect on women.
The pandemic has reversed the gain in women’s employment in many of the world’s richest countries, as the cost of children’s care has grown and female-dominated industries have been recorded to lose jobs. The survey is available on the World Economic Forum (WEF) Website. Quoting the recent annual PwC Women in Work Index, in the Organization for Economic Co-operation and Development (OECD) Club of Rich Nations, women in 17 of the 24 rich countries, where unemployment soared last year, were more likely than men to lose their jobs. Jobs in dominated women sectors such as marketing and communications were more likely to be lost than the jobs played by men in finance according to the index, which called the “slowdown a shecession”.
According to Madhura Das Gupta Sinha, founder and chief executive of Aspire For Her Foundation, which aims to increase women’s inclusion in the workforce and make them financially autonomous, whether there is any ground we have gained—and the WEF data does not suggest that we have—it has been ceded because of the covid-19 pandemic. All were infected by the pandemic. Working women, whether employed or self-employed, were the hardest hit. Many women even had to close their companies because they were no longer profitable. 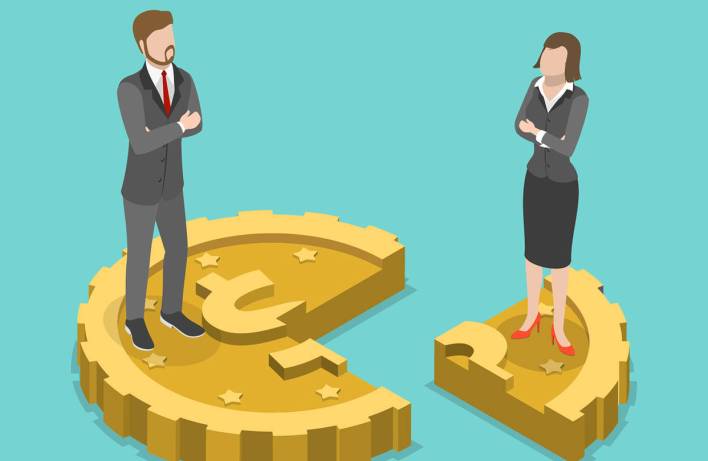 Where do we need to bring a change?
The problem isn’t about persuading employers of the value of a more diverse population and the importance of equal pay. According to experts, the issue is more pervasive in the workplace due to latent inequalities and overt stereotypes toward women.
Viji Hari, the founder of CecureUs, a consulting firm for diversity and inclusion as well as the elimination of sexual harassment in the workplace, was employed at one of India’s leading IT firms more than eight years ago. She recalls her boss telling her that, despite her excellent performance that year, she will not be getting a raise. Instead, he was giving a boost to a colleague who made less than her, despite the fact that she had done well.  These choices are made by administrators and there is a need for a shift in mentality within the organization, but particularly among team leaders.
Many believe that since women are not called breadwinners, they are seen as taking someone else’s place. It’s unjust because it’s a way of thinking that needs to change.
Reckitt, a consumer products firm based in the United Kingdom, published its gender pay study for 2020 last month, which included statistics for the company’s ten global markets, including India. The median gender wage differential in India, where the firm has over 3,000 employees, is -148.5 per cent — the negative number denotes a pay or benefit gap in favour of women, according to the company. Women (97 per cent) outnumber men (88 per cent) in terms of bonus payment.
Unlike the United Kingdom, where it is mandatory for employers with 250 or more workers to quantify and disclose their gender wage difference, there is no such regulation in India. While several organizations have begun to chart the pay gap between men and women, the information is only shared by management. Many that willingly expose themselves are mainly multinational corporations who are expanding their business operations into markets outside of their homeworld.
Perhaps, it’s an idea that’s too advanced for India right now, which has a lot of other gender problems to deal with. Women’s employment representation is currently minuscule. More women in the workforce are needed. We will then argue about pay equity until the diversity percentage has increased. Blind regulations would not result in change.
While most Indian organisations talk of diversity, the attitude is more about checking a box than really embracing it. Diversity in the workplace led to increased diversity of thought and improved decision-making. The majority of Indian businesses are unaware of this idea.
Do we need a transparent reporting and gender governance system?
Changes in awareness of diversity, social aspirations of women, and the passage of legislation requiring greater pay disclosure must all occur simultaneously. Consider the law that requires a woman to be inducted onto a company board of directors. It would not have existed if there had not been a rule. The more women who come in, the better the prospects of overall improvement. Aside from rules, capacity creation and the establishment of a support structure for people of all genders is also critical.
According to a new gender pay gap research study published by Refinitiv, an affiliate of the London Stock Exchange Group, there has been a 45 per cent growth in the number of organizations under the FTSE (Financial Times Stock Exchange) Asia Pacific Index that is forthcoming with their gender pay gap data (from 102 to 148 companies in 2020). In addition, all equal pay portfolio firms outperformed those with a pay gap, according to the survey, which was published in March. The former produced 55.1 per cent accumulated returns. According to the survey, the sectors that did well were technology equipment and applications, as well as IT services. There is no data unique to India in this study.
The burden does not fall solely on the organizations. Women, too, must take an active role in bringing about change. How many women are conscious of the issue of equal wage parity, and how many will challenge and respond to it? How many people are able to take the chance of being labelled?

See also  PayPal to HC: Panel on whether payment gateway reporting entity under PMLA contrary to a court order

Is Criticism Not Welcomed In The 'New India'? 17 FIRs Lodged Against People Putting Posters Criticizing The PM In Delhi, Modi Penal Code Taking Up The Indian Judiciary While The Freedom Of Speech Dissipating

Indian manufacturing been losing jobs since 2016, far from absorbing surplus labour from other parts of the economy, What's wrong with the labour market?