The words “lives” and “livelihoods” are generally used together. However, the continuing coronavirus pandemic has pushed the two wedges: Measures to save lives prove to be awful for livelihoods. We have seen many reports and polls over the past few weeks that point to the ongoing subsistence crisis.

One important thing was the State of Working of India (SWI) in 2021 generated by the Azim Premji University researchers. The annual report has recorded the effects on wages, wealth, deprivation, and poverty of a year’s Covid-19 in India. The SWI 2021 has proved the dreadful truth around the world by presenting a tangible array of analytical and policy data points. SWI 2021 found that the pandemic had pushed people into seasonal labour, leading to a drastic drop in earnings, from their formal employment. Not unexpectedly, over the last year, poverty has suddenly increased. There has been a disproportionate impact on women and younger workers. Houses have managed to reduce the consumption of food, borrowing and selling money. Government relief helped to avert serious hardship, but support programs are inadequate and some of the neediest jobs and families are left out, it said. It is important to remember that the SWI 2021 has an effect on lifestyles before the second wave of Covid has unfolded and that more negative news is probable if the government does not take immediate action to compensate people for their lack of income.

The losses of jobs are disproportionate in Maharashtra, Kerala, Tamil Nadu, Uttar Pradesh and Delhi. These are also, not surprisingly, the states with the highest caseload for Covid. But Covid is probably a phenomenon once in a century, and as a result, politicians should sweep its unfavourable results apart.

However, a study jointly produced by the Center for Monitoring Indian Economy (CMIE) and the Center for Economic Data was more worrying than the SWI data. It pointed to an affliction of India’s economy, which has been not only long-term but also worsened in recent years, even without the assistance of Covid. The CMIE-CEDA study examined the employment and distribution in India through various industries, including agriculture, industry and services. It is important to understand that Indian policymakers have historically believed that the production industry is our greatest opportunity to absorb surplus labour in farming. Well, in reality, manufacturing is a more suitable option because, contrary to a services sector that often needs better education and qualifications, the millions of poorly trained Indian youths can be utilized. No wonder, why China is on its way to becoming a global superpower!

India has for a long time struggled to obtain a rising work bank from its manufacturing industries. But, the data from CMIE reveals, in the past 4-5 years the manufacture has actually left jobs, far from absorbing surplus labour from other parts of the economy. Mahesh Vyas (CMIE’s CEO) says that most of the job losses in manufacturing are in labour-intensive industries such as textiles, building material (such as tile) and food processing. Data is provided for details. For example, textile jobs have declined from 12.6 million in 2016-17 to just 5.5 million in 2020-21. Over the same time frame, jobs in building materials companies decreased from 11.4 million to just 4.8 million.

The decline in non-financial services is also worrying but is probably a development in Covid. Communication amenities such as dining facilities were largely excluded during the past year. Once the second wave has begun with the prospect of a third wave later, communication facilities are more likely to begin losing employees. For this reason, Vyas says, the number of people who have been engaged in farming in the past year has grown in India. “It’s nothing but covered joblessness,” he said. In general, in the absence of either production or service employment, employers and workers are returning to their rural homes. 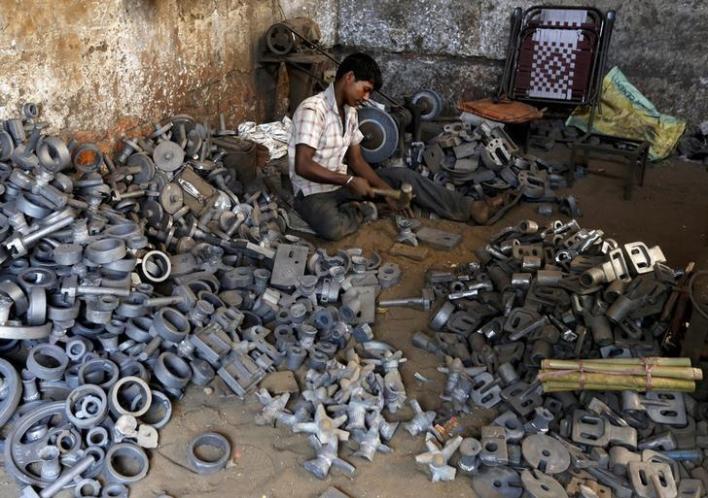 Why is the Indian manufacturing sector struggling to create jobs? Any government in the past has developed a strategy to stimulate production employment in the face of this. But why for every decade is the problem worse?

This issue can be looked at in several ways.

Pronab Sen, India’s former head of statistics, breaks this down to manufacturing supply and demand (and products). He claims that of all the economic sectors — production, business, and services — launching a manufacturing unit necessitates the most upfront fixed expenditure (relative to the output that may be generated later). To put it another way, it takes a lot of faith on the part of an entrepreneur to put up a large sum of money without understanding how it will turn out. According to Sen, the intensely extractive essence of Indian regimes has historically made this truly risky. In Simple terms, states have become crooked all too much, with leaders and legislators extracting bribes. The convergence of these factors reduces the probability of setting up manufacturing companies, which describes the poor growth or, in other words, the lack of supply of manufacturing companies.

Sen points out that Indians have often eaten comparatively less industrial products and relatively more food and services when it comes to demand for manufactured goods. There may be two explanations for this. To begin with, most Indians are poor, and therefore the majority of their money is spent on food. Two, we spend a significant amount of money on repairs and maintenance. To put it another way, when Indians buy an imported commodity, such as a refrigerator, they keep it for much longer than people in developing countries. Furthermore, even after 20 years, there is a strong second-hand demand for refrigerators among lower-income classes.

See also  Rupee slips 5 paise to close at 74.79 against US dollar

The problem of Gender Pay Gap: Average Gross Hourly Wage for men is Rs. 242.49 against only Rs.196.3 for women

FMCG Industry Recapitulates Its Growth Through Managerial Changes. How does an usher announcement of a new CEO result in euphoria?