This Is What Pakistan’s Latest Constitutional Crisis Is All About

Sharifs and Zardari-Bhuttos took advantage of Imran Khan (at least for now), ensuring that Hamza Shahbaz will continue to be Punjab’s Chief Minister. A Punjab Provincial Assembly vote on July 22 resulted in Hamza winning the race for Chief Minister over Chaudhari Pervez Elahi of the Pakistan Muslim League (Q) (PML-Q).

Hamza had been directed by the party’s president, Chaudhari Shujaat Hussain, to vote for him in a letter Mazari read. The 10 PML(Q) members were disregarded by Mazari, citing a Supreme Court justice. The PTI’s member of the assembly cautioned Mazari after Mazari read Shujaat Hussain’s letter in the group that he had misinterpreted the Supreme Court’s judgment and the Constitution’s provision that vested direction in the party chief.

Elahi was chosen by the PML(Q) legislative party’s leader in this case. After ignoring Hamza’s objection, Mazari declared him successful. Following the vote, Imran Khan issued a televised message calling for peaceful protests. During his address, he aimed at Pakistan Peoples Party (PPP) co-chairman Asif Ali Zardari for coming to Lahore to subvert its will. It is now up to the Supreme Court to decide the case. 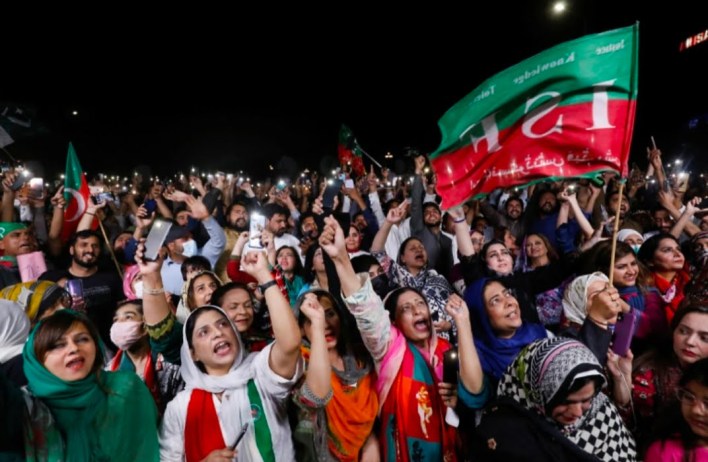 In other words, he implied that he would file a court case over the matter. After midnight, the PML(Q) faction of Pervez Elahi filed a Supreme Court application in Lahore. Chief Justice Umar Ata Bandial instructed the registry to open at that hour. The court must fully and authoritatively interpret Pakistan’s Constitution.

The Committee had discussed this issue when it responded to a Presidential Reference in April and May. Those matters, including votes of confidence/no-confidence against a Prime Minister or Chief Minister, were then governed by the party’s decision.

See also  Should a Start-up invest in paid ads or focus on organic growth?

If a member’s vote opposes the party’s decision, they will disregard their vote. Deputy Speaker of Parliament had thrown out a motion of no-confidence against then Prime Minister Imran Khan, and the Supreme Court intervened dramatically. A vote was held after the Committee recommended the action. PTI, Khan’s party, abstained from voting, and Sharif was elected. 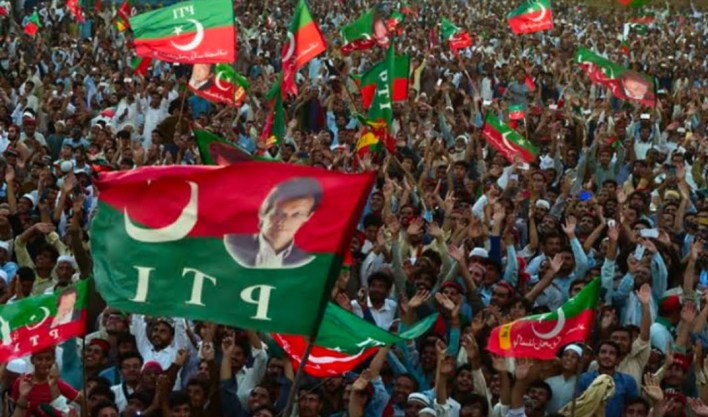 Following this development, 25 PTI members defied the party decision and voted for Hamza. As a result of violent proceedings, police were called into the legislative chamber to maintain order. The courts watched over the voting later, however. PTI members’ votes for Hamza were ignored following a Supreme Court advisory.

Following by-elections to the 20 seats of the disqualified members, the court directed the assembly to elect Hamza or Pervez Elahi. It was July 17 when by-elections were held. Despite a vigorous campaign from Imran Khan, the PML-N secured only five seats out of 20, while the PTI won 15.

Due to this loss, Hamza had to give way to Elahi unanimously. Moreover, PTI’s success will weaken the Sharif government. As a result of Shahbaz Sharif’s hard economic decisions, the PML(N) lost the Punjab by-elections. To release the next tranche of a loan to Pakistan, the IMF required a reduction in subsidies, especially on energy. 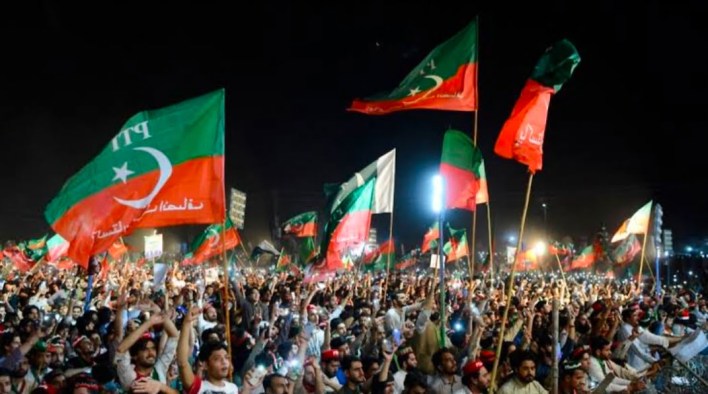 In response, Sharif steeply raised petrol prices. He became unpopular because of that. The economic fragility contributed to the fall in the Pakistani rupee’s value, increasing inflation rates further. Even after losing its majority in the National Assembly, Khan successfully exploited public emotion in March and April to maintain his government.

He also kept harping on corruption and foreign conspiracy, though softer on the latter. Supreme Court hearings have been scheduled. There will be a debate on who controls the direction of a vote of confidence/no-confidence relating to a Prime Minister or Chief Minister within a political party. Are the legislative wing or the head of the party responsible for this?

Chartered political parties must abide by decisions made by their parliamentary parties, according to the Constitution. Based on the constitutional text, the legislative wing of a party has power. The Constitution also stipulates that the party’s head decides disciplinary action against a member who violates party instructions.

Therefore, the Constitution does not assume that the party head and the head of the legislative wing will always be at odds as in the PML(Q) case. The ruling party’s legislative branch voted for Elahi, while Chaudhari Shujaat Hussain voted for Hamza. It emphasizes the party’s authority over its advisory’s will. 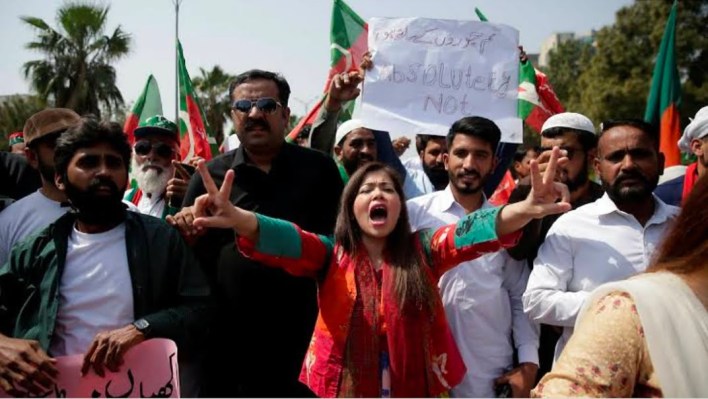 Nevertheless, the court must address who holds authority for a party if its head and legislative wing disagree. A relevant aspect is the lack of an anti-defection law in Pakistan like that in India. Pervez Elahi’s and Shujaat Hussain’s split significantly affects Punjab’s politics.

Both Shujaat and Elahi are cousins. The two of them have been very close politically, but their sons, who are in politics, are not. In this case, the Warraich Jat family may split. Elahi was offered the CM’s post between Shujaat and Asif Zardari, with the support of PML (N) and PPP and their associated parties. Despite Elahi’s decline, nothing is permanent in politics, particularly in Pakistan.

See also  Indonesia's restriction on palm oil exports will be lifted on Monday, according to the president,

In what ways does the Pakistani army react to the developments in Punjab? Punjab elections should not be interfered with by the army. After Imran Khan crumbled in April, it reflected the Bajwa’s view that the army was apolitical in this statement. It is hard to believe all this because the Pakistan army had always manipulated the political process even when it wasn’t directly in charge.

A retirement date has been set for Bajwa for the end of November. An extension would not be acceptable to him a second time. There is a good chance that this will be the case. The incumbent Prime Minister would be required to select his successor in that case. Imran Khan does not want Bajwa to choose the next army chief.

Consequently, Bajwa would like the present political situation in Islamabad to continue until the end of October to give Shahbaz Sharif time to choose a general to lead the army. Consequently, Hamza’s continuation would threaten the stability of the Shahbaz Sharif-led coalition. 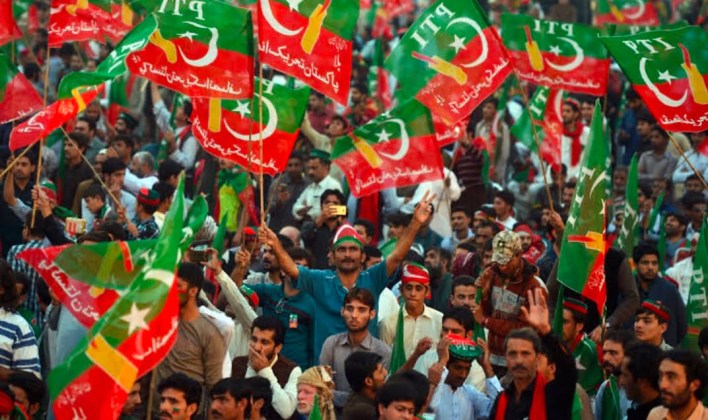 It may stir up some restless generals since Imran Khan is famous among the army’s junior officers. Taking an anti-US stance contributed to this. Considering everything, it is worth watching what the army says and does.

At least for the short term, the economy of Pakistan will continue to suffer, and the rupee will remain volatile. It has been noted that no country wants another Sri Lanka in Pakistan’s economy. Regardless, uncertainty and even confusion will persist in Pakistan. How long will the army keep its hands off promise?