Indian festivals are a major earner for the traders in the country; however, as Holi celebrations around the country are expected to be limited because of the surge in Covid cases, marking it the second consecutive year that the pandemic will take a toll on one of the most celebrated festivals – Holi which is a celebration with colors, sweets and marked by community get-togethers.

Many states in the country, including the Union Territories – Delhi, Rajasthan, Maharashtra have imposed restrictions on Holi celebrations; the festival is also expected to have an atmosphere of restrictions in other states and cities as well. 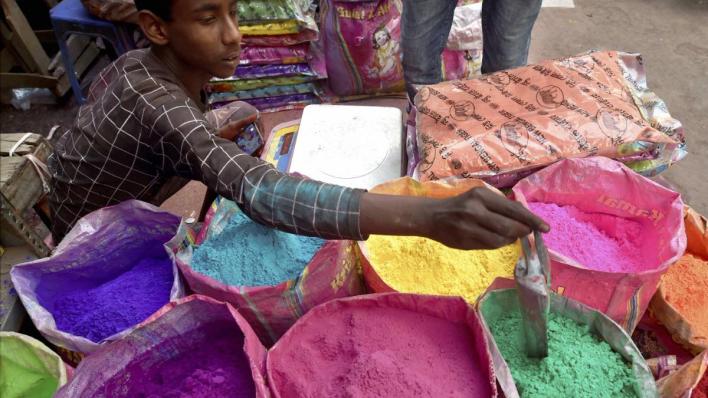 In line with the Central government’s guidelines, the restrictions have proved to be a downer, especially for the traders who make the maximum sales during festivals. However, it is not just the festival of Holi that is to impact the traders; if the situation and the rise in cases of Covid -19 continue, it will have an impact on the other festivals as well.

The Confederation of All India Traders (CAIT) estimates a loss of around Rs. 25,000 crore this year. Last year also, owing to a muted celebration of Holi, CAIT said, traders lost close to Rs. 20,000 crore as Covid resulted in a relatively toned-down Holi.

Last year even though the Covid -19 lockdown was imposed towards the end of March, quite a few cases of Covid -19 had already been reported from across the country, and the declaration by Prime Minister Narendra Modi, who amongst others, decided against participating in Holi programmes led to the entire country to limit the Holi activities.
India had until recently been relatively peaceful with Covid -19 cases reported on a lower spectrum, but the recent surge in cases has re-established last year’s slow during the festival.

Due to the surge since the end of February, the government in various states contemplated and decided on imposing restrictions and issuing guidelines on celebrating festivals in public and large gatherings ahead of Holi. Stuck with sale items but no buyers, these traders are faced with massive losses, and the impact on businesses is likely to be more adverse this year than what was incurred last year.

Citing last years example, Praveen Khandelwal, CAIT secretary-general, said that last year after the PM’s appeal, many people and gatherings reduced but still many took place since there were no official guidelines in place banning such gatherings; however, this year, it is not so as many states have banned Holi gatherings.

According to estimates, around 40,000 gatherings take place across the country, with 3000 in Delhi itself, and it is not only the sales of colours, toys, and food items that are impacted but also many musicians for entertainment and caterers for helping with the food arrangements whose livelihood is equally affected due to the restrictions. 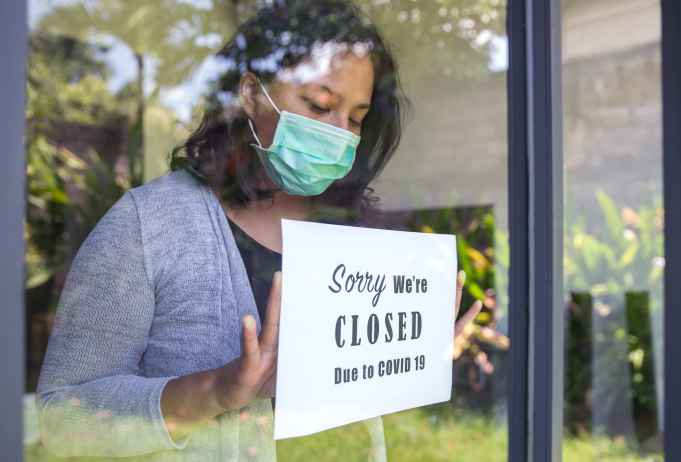 How has Covid impacted small business owners and traders?
Before the rise in cases yet again, the small business owners and traders were already reeling with the effect of Covid -19 on their businesses, malls, hotels, restaurants, and other business establishments; small and large shops took a big hit. Cinema theaters and multiplexes ( which are still shut in many states) bore heavy losses.

Small–time shop owners faced the maximum losses as people stopped stepping out and consumption fell to an all-time low. Just as the situation seemed to ease comes the second wave of Covid -19, only to remind these small-time traders of what transpired last year.
The majority of these small-time traders are stuck with pertinent questions as to how they will pay off their bank loans and rent?

Business activity falls as the second wave of Covid -19 impacts mobility.
According to Japanese Brokerage Nomura, business activity in India declined as the pandemic’s second wave is spreading beyond Maharashtra and has now started to impact mobility again.

“The knock–on effect of the second wave on mobility suggests a likely sequential dip in contact–based services and near–term delay of normalization,” said Nomura economist Sonal Varma and Aurodeep Nandi.

However, Nomura has maintained its forecast of 13.5% growth for India in FY22 despite the surge in cases because of vaccination drive, global growth, and easy financial conditions.

Coming back to muted Holi celebrations, perhaps the ground reality may be much different and more challenging for the traders who are at the moment struggling with limited or no sales during the much-awaited Holi festival and probably not sure of how the next few months may pan out as the cases continue to surge. 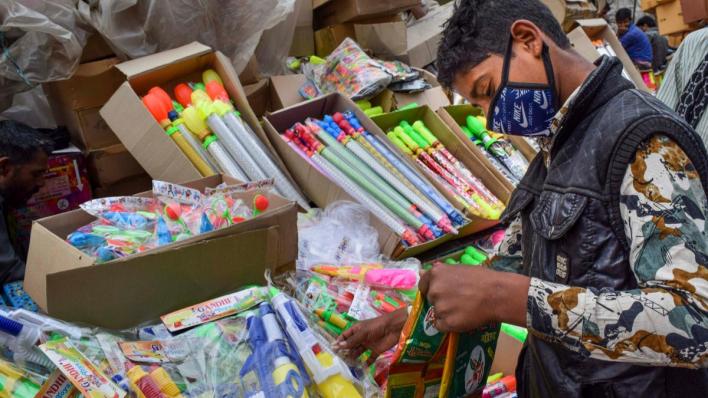 It is a vicious cycle of no sales or limited sales for these traders; it is not enough for them to recover on the costs, much less book profits.

The country continues to face a second wave’s probability, not sure for how long or how severe this second wave maybe, the traders are definitely a worried lot.

Even as businesses and sales continue to be affected, what the coming months may imply for the traders’ community is not promising, as they struggle with stockpiling of inventory, less or no sales, and hence no possibility of recovering costs and no profitability.