Two weeks after Russia launched its invasion of Ukraine, Kremlin-backed rebels assaulted a nursing home in the eastern region of Luhansk.

Dozens of elderly and disabled patients, many of them bedridden, were trapped inside without water or electricity.

The March 11 assault set off a fire that spread throughout the facility, suffocating people who couldn’t move.

A small number of patients and staff escaped and fled into a nearby forest, finally getting assistance after walking for five kilometers.

In a war awash in atrocities, the attack on the nursing home near the village of Stara Krasnyanka stood out for its cruelty. And Ukrainian authorities placed the fault squarely on Russian forces, accusing them of killing more than 50 vulnerable civilians in a brutal and unprovoked attack.

But a new United Nations report has found that Ukraine’s armed forces bear a large, and perhaps equal, share of the blame for what happened in Stara Krasnyanka, which is about 580 kilometers southeast of Kyiv. 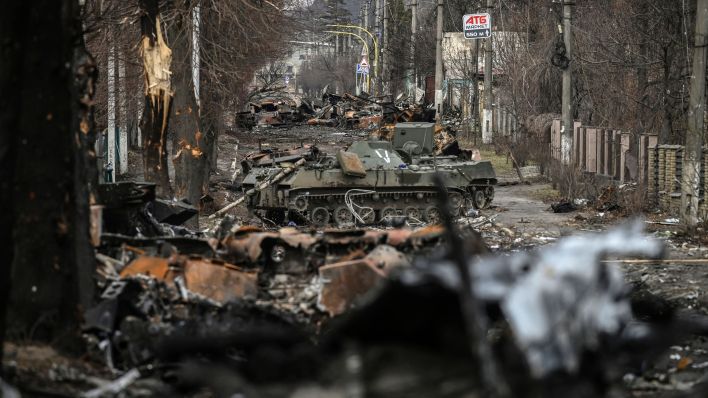 A few days before the attack, Ukrainian soldiers took up positions inside the nursing home, effectively making the building a target.

At least 22 of the 71 patients survived the assault, but the exact number of people killed remains unknown, according to the UN.

The report by the UN’s Office of the High Commissioner for Human Rights doesn’t conclude the Ukrainian soldiers or the Moscow-backed separatist fighters committed a war crime. But it said the battle at the Stara Krasnyanka nursing home is emblematic of the human rights office’s concerns over the potential use of human shields to prevent military operations in certain areas.

The aftermath of the attack on the Stara Krasnyanka home also provides a window into how both Russia and Ukraine move quickly to set the narrative for how events are unfolding on the ground even when those events may still be shrouded by the fog of war.

For Ukraine, maintaining the upper hand in the fight for hearts and minds helps to ensure the continued flow of billions of dollars in Western military and humanitarian aid.

Russia’s frequently indiscriminate shelling of apartment buildings, hospitals, schools and theatres has been the primary cause of the war’s thousands of civilian casualties.

Ukraine and its allies, including the United States, have rebuked Moscow for the deaths and injuries and called for those responsible to be brought to justice.

But Ukraine also must abide by the international rules of the battlefield. David Crane, a former US Defence Department official and a veteran of numerous international war crime investigations, said the Ukrainian forces may have violated the laws of armed conflict by not evacuating the nursing home’s residents and staff. 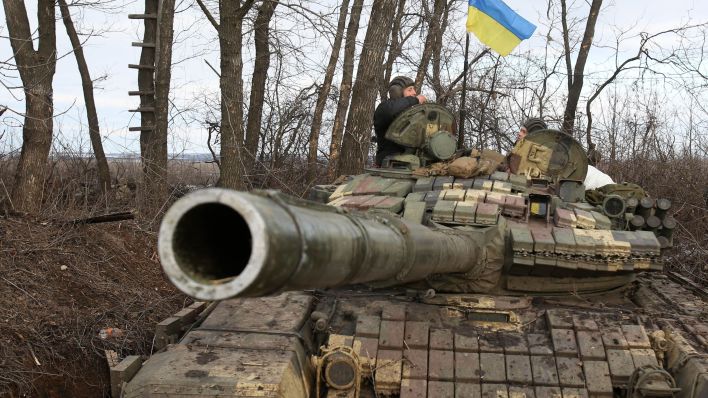 The bottom-line rule is that civilians cannot intentionally be targeted. Period. For whatever reason, Crane said. The Ukrainians placed those people in a situation which was a killing zone. And you can’t do that.

The Associated Press and the PBS series Frontline , drawing from a variety of sources, have independently documented hundreds of attacks across Ukraine that likely constitute war crimes.

The vast majority appear to have been committed by Russia. But a handful, including the destruction of the Stara Krasnyanka care home, indicate Ukrainian fighters are also to blame.

The first reports in the media about the Stara Krasnyanka nursing home largely reflected statements issued by Ukrainian officials more than a week after the fighting ended.

Serhiy Haidai, the governor of Luhansk, declared in a March 20 post to his Telegram account that 56 people had been killed cynically and deliberately by Russian occupiers who shot at close range from a tank .

The office of Ukraine’s prosecutor general, Iryna Venediktova, said in a statement issued the same day that 56 elderly people died due to the treacherous actions of the Russian forces and their allies.

Neither statement mentioned whether Ukrainian soldiers had entered the home before the fighting began.

The Luhansk regional administration, which Haidai leads, did not respond to requests for comment.

The Ukrainian prosecutor general’s office told The AP on Friday that its Luhansk division continues to investigate Russia’s indiscriminate shelling and forced transfer of persons from the nursing home.

About 50 patients were killed in the attack, the office said, fewer than it stated in March. The prosecutor general’s office did not directly respond to the UN report, but said it also is looking into whether Ukrainian troops had been in the home.

Moscow-backed separatists have been fighting Ukrainian forces for eight years in the mostly Russian-speaking eastern industrial heartland, the Donbas, which includes the Luhansk and Donetsk regions.

They have declared two independent people’s republics, which were recognised by Russia just before the war began.

Viktoria Serdyukova, the human rights commissioner for the Luhansk separatist government, said in a March 23 statement that the Ukrainian troops were responsible for casualties at the nursing home.

The residents had been taken hostage by Ukrainian militants and many of them were burned alive in a fire started by the Ukrainians as they were retreating, she said.

The UN report examined violations of international human rights law that have occurred in Ukraine since Russia invaded on February 24.

The Stara Krasnyanka attack totals just two paragraphs in the 38-page report. Although brief, this short section is the most detailed and independent examination of the incident that’s been made public.

The Stara Krasnyanka section is based on eyewitness accounts from staff who survived the attack and information provided by relatives of residents, according to a United Nations official who wasn’t authorised to speak publicly and spoke on condition of anonymity.

The Office of the High Commissioner for Human Rights is still working to fully document the case, the official said. Among the remaining questions are how many people were killed and who they were.

At the beginning of March, according to the UN report, when active hostilities drew nearer to the care house, its management requested repeatedly that local authorities evacuate the residents. But an evacuation wasn’t possible because Ukrainian forces were believed to have mined the surrounding area and blocked roads, the report said.

The home is built on a hill and is near a key highway, which made the location strategically important.

On March 7, Ukrainian soldiers entered the nursing home, according to the UN.

Two days later, they engaged in an exchange of fire with the Moscow-backed separatists, although it remains unclear which side opened fire first , the report said. No staff or residents were injured in this first exchange.

On March 11, 71 residents and 15 staff remained in the home with no access to water or electricity. That morning, the Luhansk separatist forces, which the UN referred to as Russian-affiliated armed groups , attacked with heavy weapons, the report said.

See also  The Ukraine conflict is more than probable to push the LIC IPO into the next fiscal year, with a re-evaluation of the March listing expected this week; Should you put money in LIC IPO? 14 factors to review

A fire started and spread across the care house, while the fighting was ongoing, according to the UN. An unspecified number of patients and staff fled the home and ran into a nearby forest and were eventually met by the separatist fighters, who gave them assistance, according to the UN.

A correspondent for the state-owned Russia-1 news channel gained access to the war-ravaged home after the battle and posted a video to his Telegram account in April that accused the Ukrainian soldiers of using helpless old people as human shields.

The correspondent, Nikolai Dolgachev, was accompanied into the building by a man identified in the video as a Luhansk separatist soldier who goes by the call sign Wolf .

The extensive damage to the building, both inside and out, is visible in the video. A body is laying on the floor. The AP verified that the location in the video posted by Dolgachev is the care home by comparing it to other videos and photos of the building.

Dolgachev said the Ukrainian troops set up a machine gun nest and an anti-tank weapon in the home.

In the video, he stops amid the rubble inside the building to rest his hand on the anti-tank weapon, which he incorrectly called a Tor. The Tor is a Russian-made surface-to-air missile.

Ian Williams, a military expert at the Centre for Strategic and International Studies, reviewed the video and said the weapon is an RK-3 Corsar, a Ukrainian-built portable anti-tank guided missile.

While the opposing sides blame each other for the Stara Krasnyanka tragedy, the grim reality is that much of the war in Ukraine is being fought in populated areas, increasing the potential for civilian casualties.

Those deaths and injuries become almost inevitable when the civilians are caught in the line of fire.

The Russians are the bad guys (in this conflict). That’s pretty clear,” Crane said. “But everybody is accountable to the law and the laws of armed conflict.

Shinzo Abe's killing: the history of political violence in Japan