US military troops are pulling out of Afghanistan.

US president Joe Biden met Afghan President Ashraf Ghani and Abdullah Abdullah, where he requested the people of Afghanistan to decide the country’s future. United States military has been deployed in Afghanistan to fight Taliban advances for the last 20 years. Ghani and Abdullah respected Biden‘s decision saying that it was his sovereign right to withdraw troops, Afghanistan should be ready to face the consequences.

Biden has urged Congress to approve $3.3 billion for security assistance for Afghanistan in the next three years; the US is sending 3 million doses of COVID-19 vaccine. But all military aid in the form of foot soldiers will not be provided to Afghanistan to tackle Taliban advances; Biden will complete the pullout order issued by Barack Obama.

The US has already spent $2.6 trillion in 10 years in Afghanistan, according to the cost of war project, and 2312 US military personals have died since 2001. After meeting Biden, Abdullah, in an interview with Reuters, said they are open to negotiations with the Taliban, despite the decade-long strife.

The military pullout resulted in increased violence as Taliban forces are threatening to capture important capital regions, Afghan security forces are mobilised to deter the attempts. This increase in violence can result in two situations, the Taliban will come back in power ending two-decade-long suppression, and Al Qaeda will rear its ugly head. 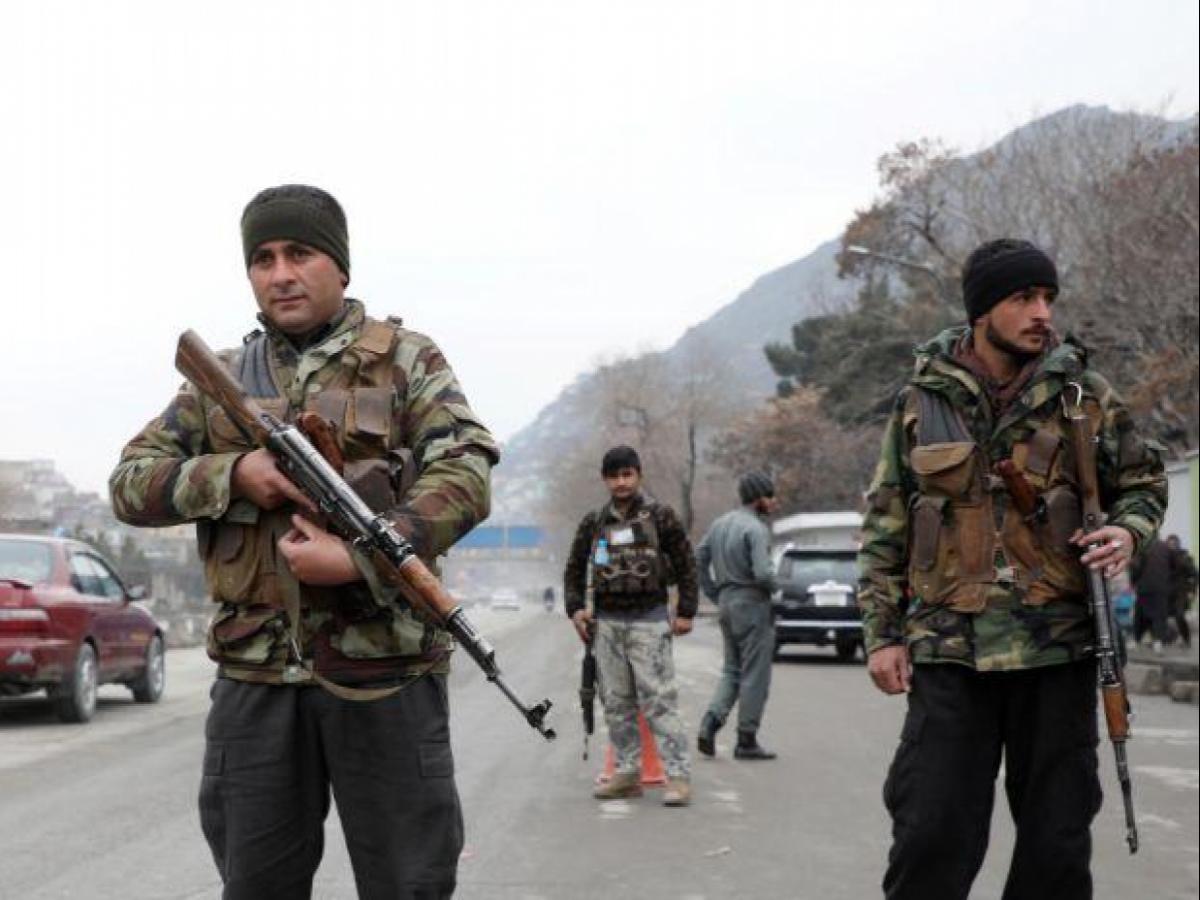 Why is India concerned with the redeployment of troops in Afghanistan?

India is and must be concerned with the changing dynamics of Afghanistan politics because India and Afghanistan have a strong relationship based on trade, historical and cultural links. The Afghanistan-India strategic partnership has picked up pace increasing bilateral cooperation in security, political aid, development et cetera. India is of strategic importance to Afghanistan to become a regional power and oppose rivalry from China and Pakistan.

India can mentor Afghanistan to establish democracy so that political and economic equilibrium is achieved. A strategic pipeline project which connects India to the mineral-rich central Asian region TAPI (Turkmenistan – Afghanistan – Pakistan – India) is only possible if Afghanistan has political stability. Apart from minerals, to access the landlocked central Asian region for trade, India needs Afghanistan’s assistance. Afghanistan is a zero-sum game for Pakistan with India; it will help India reduce Islamabad’s influence in the region and curtail any terrorist advances.

Afghanistan has been serving as a battleground for India Pakistan proxy war since 2001, to avoid further disturbances, India should balance Islamabad’s influence in the region. India Afghanistan lost a year of partnership to Ashraf Ghani’s poor judgement of Pakistan.

The idea of maintaining a relationship with Pakistan later turned foul because Pakistan has not prevented Talibani insurgents neither dragged Taliban to the negotiation table. India has also heavily invested in the Chabahar port of Iran, a central Asian region; hence bending Afghanistan‘s inclination towards India and a strong Afghanistan is the need of the hour. According to the US geological survey, Afghanistan has resources worth trillions of dollars. To capitalise on the resources, India must take part in changing political dynamics of Afghanistan. India and Afghanistan engaged in bilateral trade of $684 million as of 2015. India is the second-largest market for Afghan goods irrespective of lack of direct land access.

India has helped Afghanistan by delivering three Russian made MI-25 attack helicopters, has gifted four more MI–25 helicopters; India has offered the sale of its light combat helicopter and export of Tejas combat aircraft. In the Heart of Asia conference of 2016, India pushed for peace and stability in Afghanistan. The peace process began with confidence-building measures (CBM) in Afghanistan, ramping up infrastructure projects and connectivity to ensure long-term stability.

India, as a sign of friendship, constructed Salma Dam and a new parliament building in Afghanistan which cost $90 million. All these projects have touched the lives of ordinary people of war-torn Afghanistan. Assistance to the government of Afghanistan has resulted in better fighting the militants to the extent that Pakistan started raising suspicions on Indian help.

On the international front, India backed Afghanistan‘s entry into the South Asian Association of Regional Cooperation (SAARC) in 2005. After negotiations between Afghanistan and the Taliban, if the leader of a terrorist outfit (Taliban) sits in SAARC meetings as head of a state, the validity, India’s importance and the purpose of the meet are diminished.

What is the way forward for India? Should India engage with the Taliban?

New Delhi has refused to engage with terrorist outfit Taliban for decades – it has its valid reasons. Taliban engages in religious extremism, supports transnational jihadis, supports Kashmiri militant outfits and runs a violent extremist government. But the change in the policy of the United States has forced India to deliberate its decision of non-engagement.

Apart from moral and ethical concerns on engaging with a terror outfit, the main aim of India to engage with Afghanistan is to balance Islamabad and Kabul. India does not want an unstable backyard hence has been employing soft power techniques in Afghanistan. Only when nationalist Afghan opinion, which is against Pakistani intervention, is in power India is aided. Because of this, New Delhi focuses on the “Afghan owned and Afghan led” reconciliation process.

Since New Delhi has never engaged in dialogue with the Taliban, it does not know the breadth and depth of the Taliban’s idea of nationalism. If the Taliban allows India to maintain its big brother position and diplomatic presence, it’s a win-win situation. Although there is no promise that the Taliban won’t allow the use of Afghan soil by anti-India militants, the Taliban has at times expressed deterrence to anti-India militant outfits.

Taliban does not want to be caught between India and Pakistan due to the Kashmir debacle and has distanced itself from it in the Doha outreach programme. This assortment has granted India a cautious optimism about the Taliban on the negotiation table, the Taliban may want to build stronger ties for the future.

What are the threats to India from the Taliban government?

Taliban is famous for going back on its word and may do it again if poked by Pakistan. The interlocutors provided by the Taliban like Mullah Baradar, who is talking to the US and India simultaneously  can be sidelined in the future to be replaced by pro-Pakistani people like the Haqqanis.

This calculated risk can turn into reality because families of Taliban leaders reside in Pakistan – Islamabad has the best leverage if it wishes to reduce India’s presence in Afghanistan, which it wants to. The recent drone attack by Lashkar-e-Taiba (LeT) and the Kandahar hijack is a bone of contention.

India is still humiliated by the Kandahar hijack and Taliban harassment on request of Pakistan. None of the Taliban factions has broken the ties with Al Qaeda and LeT. Apart from this Taliban is also protecting the Threek-e-Taliban, Pakistan, which is an anti-Pakistan outfit as an insurance policy.

If India engages with Taliban, it could prepone the fall of Ghani led government and mess India’s relationship with its existing allies. It is because of this reason that India has been hesitant to engage with Taliban since 2010, deterrence by Hamid Karzai to negotiate with Taliban pushed this option off the table.

Despite all that risks India has to think of ways to engage with Taliban, because sooner or later Taliban is going to sit in the Parliament of Afghanistan.

Kejriwal promises free electricity to Punjab if he wins: Freebies as bait to people as the work might fail to persuade the voters

What are the trends that transform the gamble and casino industry in 2021?