US found bribery in Indian Railways, but Modi has failed to take any action. Will India’s public sector ever be free of the corruption that plagues it?

The public debate in our country right now is all about corruption. High-profile raids by law enforcement authorities on particular politicians and organizations, inflated by the media, can give the impression that we are pulling out all the stops to combat corruption in our society and government.

Neither the Narendra Modi government nor its usually hyper-active investigative agencies have commented publicly on the US Securities and Exchange Commission’s accusation that Oracle Corp. paid $400,000 in bribes to unidentified officials working for a public sector company owned by the Indian rail ministry.

Billions of dollars were dispersed between 2016 and 2019. 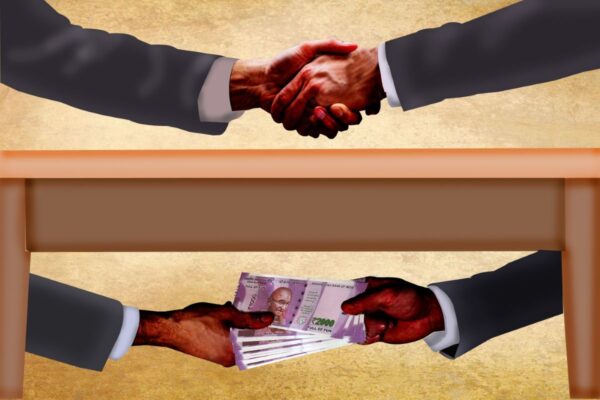 Oracle was fined millions of dollars by the SEC when the agency’s investigation into the bribery revealed the scheme, but under Indian law, the crimes of the bribe provider and the bribee are not compoundable. However, when questioned by The Wire if the CBI would be contacted to conduct an investigation, the railway ministry official replied they had no response.

The Enforcement Directorate did not respond to requests for comment, and senior Rail Bhavan officials also declined to discuss the matter. In addition to contacting the railways’ spokeswoman, The Wire tried to contact the office of commerce minister Piyush Goel, who was at the time responsible for the railroad’s portfolio.

Are we seeing a repeat of the Louis Berger scandal?

Louis Berger International, a US construction and consultancy firm, acknowledged in 2015 to paying about $1 million in bribes, including an undisclosed sum to an unnamed minister, in connection with a public sector water project in Goa in August of 2010. People in the Assam government were also bribed.

At the time, Congress exercised jurisdiction over both states. Goa’s minister was never named, but Filipe Rodrigues, now a member of the Bharatiya Janata Party, oversaw the water ministry at the time. Himanta Biswa Sarma, presently the BJP’s chief minister in Assam, was the head of the Gauhati Development Department under the previous Congress government, which hired the consulting firm Louis Berger International. 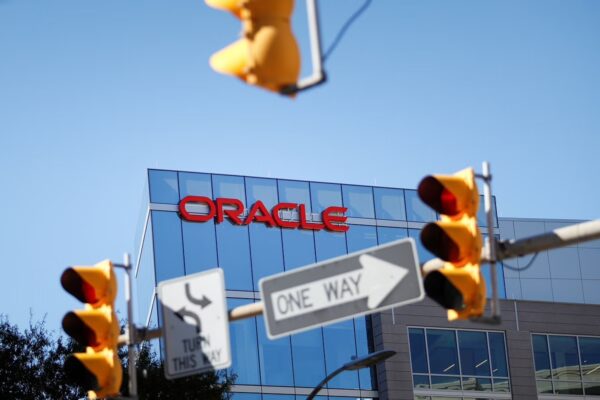 The Texas-based software firm Oracle Corporation has admitted to using a “slush fund” to bribe officials at a “transportation company, the bulk of which was controlled by the Indian Ministry of Railways” in 2019. For violating the Foreign Corrupt Practices Act in nations like the United Arab Emirates (UAE), India, and Turkey, the corporation agreed to pay a $23 million penalty after an inquiry by the Securities and Exchange Commission (SEC; the US version of SEBI, India’s stock market watchdog).

There is no mention of which “transportation business” was bribed by the SEC.

Oracle allegedly bribed government officials in India through its New Delhi-based subsidiary, Oracle India Private Limited, as claimed by the SEC. The parent firm gave its blessing to offering the transportation company a 70% discount on the merchandise while still billing it in full.

Specifically, the slush money that was established and then utilized to pay government officials made all the difference. It is stated in the SEC ruling that “in January 2019, the sales workers working on the contract, citing severe competition from other original equipment manufacturers, said the business would be lost without a 70% reduction on the software component of the deal.”

Since the company had already stated that it would be purchasing Oracle software in its tender materials, SEC found this justification to be dishonest. The bidding webpage for the company revealed that Oracle India seemed to have no rivals because the Indian state-owned corporation had mandated the usage of Oracle software for the venture.

A spreadsheet kept by one of the salespeople involved in the deal showed that there was a “buffer” of $67,000 available to pay a certain officer in the Indian SOE. Somewhere over $330,000 went to a company known to pay off SOE officials, and another $62,000 went to a company managed by the sales staff who actually closed the deal. According to The Wire’s examination of tender documents from different railway PSUs, Oracle was a necessary component of a number of bids made by the Container Corporation or Concor.

Even though Oracle is a repeat offender, India has not taken any legal action against the company as of yet.

Wire contacted the SEC for clarification, but we were told by a spokesman that the agency “does not comment beyond public filings.” However, Indian diplomats claim that the SEC would be required to help with Indian law enforcement if a criminal probe were to be opened in India. According to Oracle spokesman Michael Egbert, who talked with The Wire, “the conduct stated by the SEC is opposed to our core principles and explicit policies, and if we uncover such behaviour, we will take necessary action.”

According to the SEC decision, “Oracle required a French-based employee to authorize the request due to the extent of the discount. The Oracle representative granted the price cut without requesting more paperwork from the sales staff member. Oracle has violated the FCPA multiple times and has avoided penalties each time.

In 2012, Oracle’s Indian subsidiary was also penalized. Oracle “paid allegations related to the establishment of millions of dollars worth of side funds by Oracle India, which raised the prospect that the money would be used for illicit purposes,” according to the SEC. In a settlement with the SEC dated August 16, 2012, Oracle agreed to pay a $2 million penalty to resolve the SEC’s allegations that Oracle violated the books and records and internal accounting controls provisions of the FCPA by failing to prevent Oracle India Private Limited (“Oracle India”) from retaining unauthorized side funds at distributors from 2005 to 2007. According to Charles Cain, head of the SEC’s FCPA Unit, “the formation of off-book slush funds naturally gives rise to the danger that that money may be spent unlawfully,” and this was indeed the case at Oracle’s Turkey, UAE, and India subsidiaries. As the company’s CFO put it, “this matter underlines the vital requirement for robust internal accounting controls throughout a company’s whole activities.”

The SEC claimed in a 2012 complaint filed in California federal court that irregularities at Oracle India Private Limited took place between 2005 and 2007. Oracle India “parked” excess revenues from the sales of software licenses and services to the Indian government made through local distributors outside of Oracle India’s books and records.

Oracle India, for instance, allegedly signed a $3.9 million contract with the Indian Ministry of Information Technology and Communications in May 2006. This is according to a complaint filed by the SEC. According to the instructions of Oracle India’s former sales director, only $2.1 million was sent to Oracle to be recorded as revenue on the transaction, while the distributor retained $151,000 for services provided. The remaining $1.7 million was parked by the distributor at the direction of additional Oracle India personnel for “marketing development.”

Two months later, the same Oracle India employee issued the distributor eight invoices with total amounts ranging from $110,000 to $396,000. These payments were supposedly made to “third-party vendors.” In fact, none of these storefront-only third parties supplied any services or was featured on Oracle’s approved vendor list. There was a chance that the money would be stolen or used for bribery because payments were made through a third party.

Without acknowledging or opposing the SEC’s charges, Oracle “agreed to cease and desist from breaching the FCPA’s anti-bribery, papers and records, and effective internal systems requirements,” in addition to paying a forfeiture of about $8 million and a $15 million fine.

The IRS and numerous other domestic and international tax offices are auditing Oracle Corporation with regard to income tax and indirect tax issues, and the company has disclosed this in its financial data for 2019. According to the regulator, Oracle’s Turkey and UAE units also utilized slush funds to pay for foreign officials to attend technology conferences in breach of Oracle standards. The SEC claims that the Turkey unit’s employees utilized the monies to send their families to Los Angeles and Napa Valley on vacations of their own.

Babor surprised everyone by showing his virtue which is sacrificing

Prior to the introduction of KFC and McDonald's, Deepak Nirula Popularized fast food. He Passed Away in his 70's