On February 7, the Central Bureau of Investigation (CBI) said that it had arrested former firm chairman Agarwal, executive director Santhanam Muthaswamy at the time, and directors Ashwini Kumar, Sushil Kumar Agarwal, and Ravi Vimal Nevetia. Agarwal was summoned for interrogation on Wednesday at the CBI headquarters. 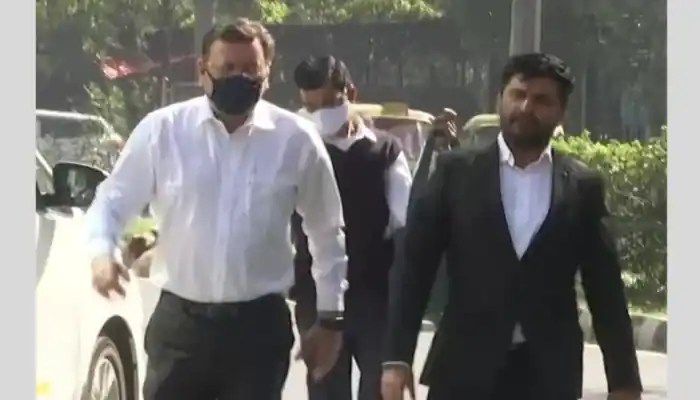 The investigating officer believed that he was not helping in the investigation and that he was giving evasive answers, so he was detained, according to the officials. According to them, the CBI had opened an investigation after receiving a complaint from the State Bank of India regarding alleged violations of the Prevention of Corruption Act and the Indian Penal Code (IPC), including criminal conspiracy, cheating, criminal breach of trust, and abuse of official position.

According to the officials, the SBI was a member of a group of 28 banks and financial institutions that was led by ICICI Bank and had an exposure of Rs 2,468.51 crore. The ABG Shipyard, a significant participant in the Indian shipbuilding industry, operated from its shipyards in the Gujarati cities of Dahej and Surat. Surat’s shipyard can produce boats up to 18,000 deadweight tonnes (DWT), and Dahej’s has a capacity of 1,20,000 DWT.

Inconsistencies in the repayment schedule

The firm, which had seen a meteoric ascent and had built 165 vessels in 16 years, began to exhibit signs of stress when a worldwide shipping industry downturn brought about inconsistencies in the repayment schedule.

“Inventory accumulated as a result of the cancellation of contracts for a certain number of ships and vessels. Because of this, there is a lack of working capital and the operational cycle has significantly lengthened, compounding the liquidity and financial problems.

The SBI complaint, which is currently a part of the FIR, has stated According to the SBI’s lawsuit, there was no market for commercial boats because of the industry’s slump, even in 2015. This situation was made worse because there weren’t enough defense orders to keep the firm on track with its payback timeline. The lending banks requested a forensic examination after the loan accounts were identified as non-performing assets in July 2016.

See also  Report: People are going to have a lot of sex in self-driving cars 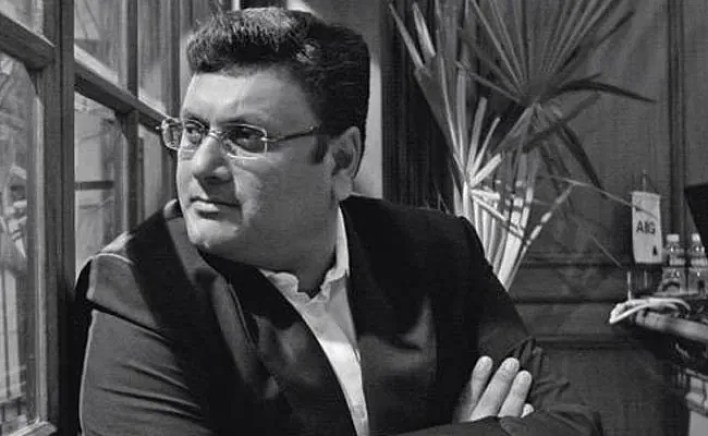 According to the officials, the audit performed by Ernst and Young revealed that the accused worked together between 2012 and 2017 to commit illegal acts such as theft, misappropriation, and criminal breach of trust. They said that the business had been “referred to NCLT, Ahmedabad, for Corporate Insolvency Resolution Process (CIRP)” and claimed that funds had been utilized for reasons other than those for which they had been released by the banks.

On November 8, 2019, the bank initially filed a complaint, and on March 12, 2020, the CBI requested further information. In August of that year, a new complaint was made. After more than 1.5 years of “scrutinizing,” the CBI took action on the complaint on February 7 by registering an FIR.

The ABG Shipyard has made the news. The issue involving this shipbuilding firm has brought the Narendra Modi administration under scrutiny, but it has also sparked political friction between the Modi administration and the opposition. The State Bank of India (SBI), IDBI, and ICICI were three of the 28 banks that the Gujarat-based shipbuilding firm ABG Shipyard Limited is accused of defrauding out of a total of Rs 22,800 crores.

The largest private shipyard in India, without a doubt, is ABG Shipyard. The company caters to many international customers. They were the first to create all-aluminum, diesel-electric, dynamic ships for watersports. The company’s registered office and yard are located in Surat, Gujarat. The company’s first ship was delivered in 1991. The firm, which was established in 1991, has grown over 15 years to become the largest shipyard in India’s private sector, with a happy clientele all over the world. How Was the AGB Shipyard Fraud Discovered?

The Gujarat-based ABG Shipyard, which has been linked to “India’s greatest bank scandal in history,” is the subject of a money-laundering inquiry launched by the Enforcement Directorate in response to a complaint from the State Bank of India.

See also  Modi Distributed Free Vaccines To The World To Gain The Title Of World Saviour Risking The Lives Of Its Own Citizens Due To Lack Of Vaccines: Why Are Our Leaders Using Our Tax Money For Their Own Benefits?

The CBI has questioned the company’s chairman, Rishi Kamlesh Agarwal, over the default on loans of Rs 22,842 crore that ABG Shipyard borrowed from 28 banks. According to the CBI, an Ernst & Young forensic audit conducted in 2019 found that funds had been plundered and transferred to other related enterprises, with loans allegedly being utilized for investments through offshore firms. Since these loans were not utilized as intended, the inspection agency asserts that the agreements were breached.

To get strong clarification, the SBI filed a complaint on November 8, 2019, and on March 12, 2020, the SBI also made an explanation request. The bank started a fresh case later that year, in August. After “scrutinizing” the allegation for almost a year and a half, the CBI took action, filing the FIR on February 7 of this year.

According to the news source, Press Trust of India, the SBI said in its complaint that the shipbuilding industry and the global economic downturn were to blame for the issue. The decline in the demand for and price for commodities as well as the need for cargo has “damaged the shipping industry.” 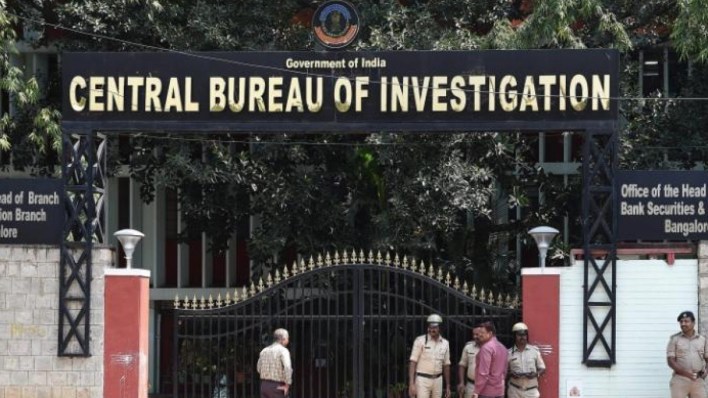 AGB Shipyard owes the State Bank of India 2,925 crores, ICICI Bank 7,089 crores, IDBI Bank 3,634 crores, Bank of Baroda 1,614 crores, Punjab National Bank (PNB) 1,244 crores, and Indian Overseas Bank 1,228 crores, per a lawsuit the bank filed (IOB). According to the CBI, the funds were used for purposes other than those approved by the banks. A second money laundering investigation into them has been started by the Enforcement Directorate (ED).

Why Is the AGB Shipyard Fraud Known As India’s Biggest Bank Fraud?

The fraud committed by former diamond trader Nirav Modi, his uncle Mehul Choksi, and Vijay Mallya was worth a total of around Rs 14,000 crore. The AGB Shipyard case has exceeded the sum of all preceding historical frauds. The investigative agency and the authorities have all filed charges against former ABG Shipyard Limited chairman and managing director Rishi Kamlesh Agarwal, former executive director Santhanam Muthaswamy, and directors Ashwini Kumar, Sushil Kumar Agarwal, and Ravi Vimal Nevatia.

Ernst & Young LLP supervised the planning and implementation of a forensic audit of ABG Shipyard. From April 2012 to July 2017, there is evidence of fraud. The audit claims that fraud was committed using “financial misappropriation, theft, and criminal breach of trust” to collect unlawfully at the expense of the bank’s finances. Three different forms of loans totaling $28 institutions were given to ABG Shipyard.

Timeline of the AGB Shipyard Fraud Events ABG Shipyard Ltd., the group’s flagship company, was established in 1985. The company, with shipyards in the Gujarati cities of Dahesh and Surat, was owned and controlled by Rishi Kamlesh Agarwal and is in the shipbuilding and repair business.

A group of 28 banks, with ICICI serving as the lead bank, provided the financing. 2005–2008: Banks continued to lavishly lend to ABG Shipyards despite dire predictions of risk from the 2008 global financial crisis. ABG Shipyards was impacted by the 2008 global financial crisis, which was brought on by the American housing bubble and the failure of Lehman Brothers. 2014: SBI attempts to restructure its debt to ABG Shipyard through corporate debt restructuring, or CDR. Because ABG Shipyards was unable to make timely and equal payments of interest and installments, the reorganization was disastrously unsuccessful. SBI discovered the scam in January 2019. 2020: SBI initially filed a complaint in 2019 and then followed up with a more thorough complaint. 2022: CBI has reserved both ABG Shipyard and ABG International Private Ltd. ABG SL owes a total of Rs 22,842 crore, per the CBI’s FIR. The PNB case involving Nirav Modi and Mehul Choksi, which cost Rs 14,000 crore, was dwarfed by “India’s greatest bank fraud” of Rs 22,842 crore, shattering all previous records.

Public Sector Banks Cut Down Hiring. Why There Is A Staff Shortage In PSU Banks?