Your name is you! It’s something so vital and instrumental in whom you are. It’s perhaps the single thing we share most with other people. Now imagine if it was taken from you and you weren’t allowed to say your name or other people didn’t. Refer to you by your name. How would you introduce yourself? Or be introduced by other people? How would others be able to talk about you? What would be on your birth certificate or your child’s birth certificate? Even the headstone when you die. Well, while the majority of the world can freely share the name of anyone or anyone can say their name; this isn’t the case for everyone on our planet. There are a group of people who aren’t allowed to say their name or even be addressed by their name. We are talking about women in Afghanistan. In this nation, there is a long-held tradition that a women’s name should not be shared or spoken of in a public setting and sometimes even in private too but this doesn’t mean that their names can’t be spoken, it means that the named aren’t meant to be written down on various forms and papers like on the wedding invited or doctor’s prescription. Why is this case? Well, while Afghanistan is predominantly an Islamic nation, this seems to be a specific Afghan tradition as many Muslim nations don’t have such strict naming rules for women, and this tradition is seemingly based on a lot of things. Some say it’s to keep the honor of a woman by not revealing her name to the wider world while others see as a tradition that keeps men on top and keeps women as second class citizens. 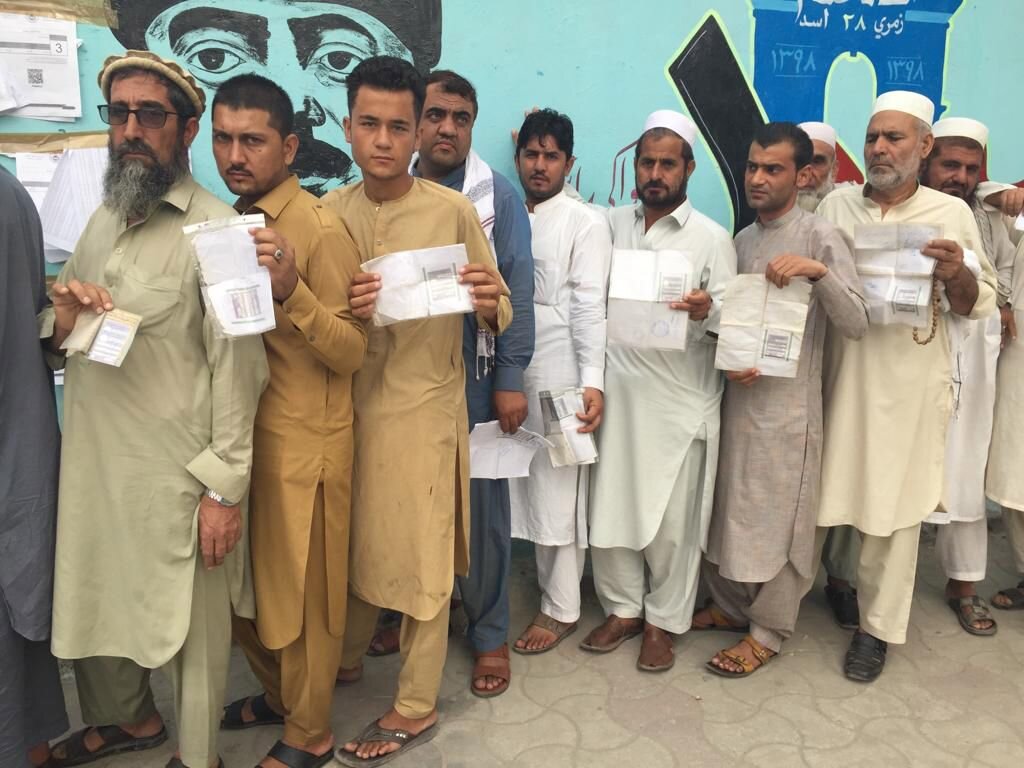 Afghan Sociologist Hassan Rizayee spoke on the matter and said these traditions come from centuries ago when life in Afghanistan was far more tribal. He said “According to tribal logic, the important thing is the ownership of a women’s body. The body of women belongs to a man and other people should not even use her body indirectly, such as looking at her. Based on their logic, the body, face, and name of the woman belong to the man. This is a traditional and cultural issue; it needs a long term cultural struggle and fight. By weakening tribal cultures, and awareness through media, this type of thinking about a woman could be changed”

Afghan women’s small victory- a beginning of a new era.

Afghanistan has been living under the shadow of war for 18 years now, for the women of Afghanistan, these 18 years have been a nightmare, and their plight has largely been hidden due to the repressive social norms. No one will know when peace will return to this country but the women have secured a significant win. Now the name of the mother will be printed on every identity card in Afghanistan. It is a very big deal. In most countries around the world, your mother’s name will be a part of the government records, any form that you fill without it will be considered incomplete but in Afghanistan, sharing your mother’s name is considered a matter of shame, Not Anymore! After a relentless campaign, the women in Afghanistan have registered a small victory. Afghan citizens will soon have the names of their mother printed along with their father. It will appear on Afghanistan’s national Identification Card. For three years now, the #WhereIsMyName has been amplifying the voices of the women. It’s a significant effort in a country like Afghanistan, where even using a women’s name in public is frowned upon. Many consider it an insult enough to trigger violence.

Women are referred to in a way terms like the mother of children, My household, my weak one. Men in remote towns even calls them names animals like goats and chicken. It wasn’t always so. Afghanistan wasn’t always so misogynistic. In the 1960s and early 70s, it had a very progressive outlook. Women could pursue an education, get a job, even vote in an election. Women in Afghanistan got the right to vote in 1919. That was a year before women were allowed to cast their ballot in the United States. All of this changed with the rise of the Taliban. In 2011, Afghanistan was ranked as the most dangerous country for women. In the last two decades, women have gone back to school, they hold important government jobs, but the threat from the Taliban is persistent. By November 2019 nearly 6,500 cases of violence against women were recorded. With the United States chasing a peace deal in Afghanistan, women fear that their voices will be left out. Every woman in Afghanistan has fear not just because of this conversation; they always have a fear that whenever there is a change in Afghanistan always women are hurt. Whenever there is a war, women are the first to get the head and the children also. At this time of uncertainty, the decision to add the names of mothers on government IDs is a boost for women’s rights. This is a change that still required parliamentary approval. Officials are confident the amendment will say through. The lawmakers may have taken a small step here but for Afghanistan, this is a giant leap towards equality. This is the beginning of a new era and a new opportunity for women to voice out!

Sputnik V: Can the Russian Vaccine Put An End To The Vaccine Quest Or It's Just One Of The Protocol Compromised Products?