An interclub darts tournament was held in Kolkata by the Calcutta Swimming Club in mid-March. Dart stations and a bar set up in an air-conditioned space, making it a vibrant affair. Cocktails, beers, and treats were delivered by uniformed waiters with their names embroidered above their shirt pockets and masks strategically pulled over noses and ears. The competitors, as well as others who watched the show, were less cautious. They tossed darts and traded smiles while wearing masks on their chins or tucked in their pockets. Some of the competitors tested positive for covid-19 just days after the tournament. Several clubs have asked their players to take a test as a precautionary measure. The host, the Calcutta Swimming Club, also required its players to submit an RT-PCR report. In addition, regardless of the outcome, the members were asked to stay away from the club for 10-14 days. Within a week of the tournament, there was a flurry of covid-positive results.
According to a text message received by many members of the clubs, 54 people tested positive for covid-19—20 from the Royal Calcutta Golf Club, nine from the Calcutta Cricket & Football Club, six each from The Saturday Club and Calcutta International Club, four from Dalhousie Institute, two each from the Tollygunge Club and Calcutta Punjab Club, and five from the host club, a participant who received the text confirmed from the lounge.
Many gathered at public places to celebrate Friendship Day last August, as the world was gradually emerging from the pandemic lockdown. The infection turned into a mini super-spreader case after that. Middle-class Indians around the country have been coming together and flouting covid-19 rules since Unlock 1.0. From playing cricket to holding weddings; celebrating birthdays and festivals to hosting poker nights and weekend soirees at farmhouses and vacation homes have all been reasons for doing so. Several of these were personal super spreader cases.
The overwhelming majority of the country’s low-income residents could not afford to hide at home and retain social distance. Every day many stay at home becomes a day they did not get paid for. And though they stayed put, their crowded and deplorable living quarters didn’t aid. Those of India’s middle and upper classes, on the other hand, had both the means and the will to follow the rules. They had the privilege to stay safe in their houses, in the warmth of their owned house, apartment or flat. But, the tragedy is that they did not. 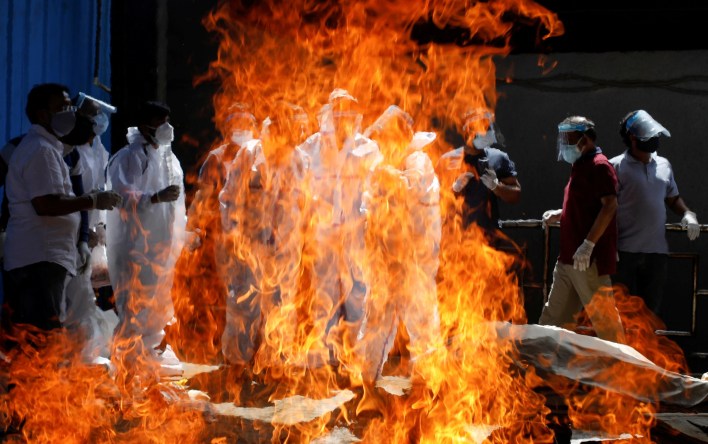 Bubble’s false perception
What caused so many people to become so irresponsible? Much of this conduct, according to Ambrish Mithal, chairman of endocrinology and diabetes at Max Healthcare in Delhi, stems from a failure to accept responsibilities. “People in these parts of our community feel that they and their mates are healthy because they practice sanitation and sanitize everything…there is a sense of bravado that this won’t happen to us,” says Dr. Mithal.
People gathered together to watch Indian Premier League (IPL) matches with friends and/ or family. Many felt safe because they’ve known other people at the party for a long period of time and were just sitting at home, adhering to the Covid-19 rules, wearing masks when they had to go out, washing hands and sanitizing everything.
The point here is that people still have a misunderstanding about a bubble. There have been several instances in Delhi where many members of the group have been infected at weddings, birthday parties, vacations, and even funeral gatherings with people they’ve known for years and while practising safe practices and taking proper precautions.
Fatigue Reaction
Since the nationwide lockdown was enforced on March 24, last year, people have started to experience mental fatigue from staying at home and not socializing. Zoom sessions and video calls are no longer sufficient after a certain amount. It looks like we have all had enough of it. People break protocols because they are tired of being at home: a form of response fatigue. The World Health Organization (WHO) reported in October that people were tired and fatigued from appropriate conduct.
Anoop Amarnath, head of geriatric medicine at Manipal Hospitals in Bengaluru and a member of the Karnataka government’s critical care support team for covid-19, says response fatigue is genuine. Staying trapped in their houses, wearing masks, maintaining physical space, and not seeing friends and relatives was a significant shift in lifestyle. People were eager to meet and converse with one another. He claims that man is a social being and that if he is not allowed to socialize, exhaustion will set in. He goes on to say that such exhaustion played a major role in the covid-19 peaks in September of last year.
If people let their guard down due to exhaustion, one reason could be poor communication over-rules and time frames. According to Dr Amarnath, if there is a specific time limit for behaviour changes to be implemented, individuals will be persuaded to do so. However, since it is unclear how long the covid-19 protocol will possibly proceed, exhaustion is bound to set in. 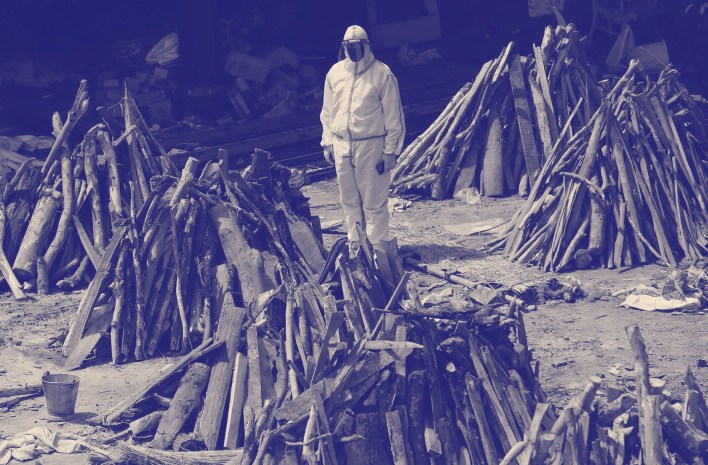 Conclusion
But that doesn’t solve the problems. It is no doubt better to stay within your home’s four walls rather than a hospital’s four walls. The middle and upper class people need to realize that they have the privilege to be safe and they must exploit it. Going out and putting other people’s lives at risk is almost as vague as political parties conducting enormous rallies because they have elections, though the latter may be a more genuine reason.
That’s what we’ve learned when the pandemic unfolded. It is high time and we must take responsibility. We, the privileged people of this country, are behind this precarious and disastrous second wave of the novel coronavirus. It is us because of whom tens of hundreds of people are struggling to breathe every single moment. It is our carelessness because of which many families have the bear the unbearable bereavement.
Thus, we must take responsibility collectively and extend the same hand to help the striving today that went ahead to grab a glass of wine when things seemed normal.

Can China’s Digital Yuan be a Threat to the US Dollar?