Why is every billionaire trying to get into telecom despite too much competition and offering freebies taking too many losses?

The most competitive and rapidly expanding market around the world is telecommunications. Companies competing to develop more reliable or cost-effective goods create dynamic competition in the telecom industry.

Almost every aspect of a person’s life has been impacted by telecom, including their political, social, and even cultural paths. Numerous pieces of equipment related to telecommunication have been introduced, including telecom towers, routers, VoIP, fiber optics, smart TV, smart radios, antennas, and smartphones.

In the telecom industry, the mobile phone has captured the public’s attention the most. Mobile phones have become an essential part of people’s lives, from sending emails to keeping track of appointments and contacts.

Why is the telecommunications industry growing so rapidly? Why is there so much competition between billionaires to get into telecom?

Almost every industry nowadays uses telecom to carry out operations and processes in the most effective ways possible.

Due to privatization and fierce rivalry from companies like Apple and Samsung, the mobile industry has also grown significantly over time. Due to dynamic competition and rising incomes, there is an increase in demand for communications services in developing nations.

It covers all transmissions of data, speech, and video. Most of the time, we use internet technologies to communicate with our smartphones or laptops. 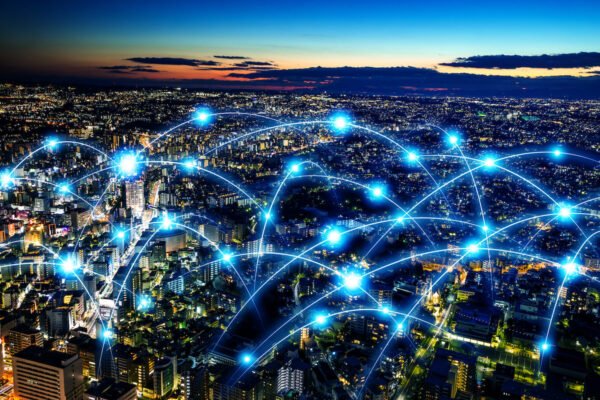 The Telecom sector, on a global scale, controls the networking between people, businesses, and even social media. The technology infrastructure created by telecom operators enables the transmission of data in the form of voice, audio, words, or video throughout the world.

Telecom operators get to control and influence the likes and preferences of the people through the medium of social media platforms such as Instagram, Facebook, Twitter, etc. They will have full access to track and analyze customer behavior, businesses, and industries.

For instance, during festive sale seasons like Eid or Diwali, people usually buy clothes, electronics, or other products from big companies’ websites such as Flipkart and amazon.

And suppose during this peak of the festive sale, if Ambani said, we would also provide festive sales more than what the competitors are offering. Definitely subscribers of Jio would end their access to Flipkart and Amazon and instead start purchasing from the Jio website. Reliance Jio would promote itself instead.

It is how telecom operators can come forefront and dominate the telecom sector by understanding and analyzing the customer’s behavior and expanding the customer base.

In another instance, you can see how Narendra Modi became Prime Minister by controlling and accessing the network and how he can shape people’s opinions, how he can use social media as a tool to influence people’s votes in his favor, and how he can avoid or eliminate negative information circulating about him on social networking sites.

As a result, everything we do in our daily lives is linked to how we consume things, from accessing the internet to social networks.

With the help of analytics, telecom companies can profit from the users’ inactive usage of their networks. In the course of their daily operations, telecom firms already produce a large amount of data, which is used to gain analytics about their subscribers.

Companies in the telecommunications industry have access to at least four basic kinds of data: location, income, social networks, and demographics.

It can be collected via a smartphone’s GPS or, in the absence of a GPS, as with feature phones, by using cell tower triangulation.

Because the great majority of Indians use prepaid plans, spending on airtime might provide considerable relative income information.

Telecom firms have a wealth of demographic information about their customers. For instance, Bharti Airtel, by playing at the forefront in the telecom sector, could provide additional services to its subscribers after analyzing demographic data to compete with Reliance Jio and Vodafone Idea.

Telecom firms are aware of your network of contacts based on whom you communicate. Therefore, they will have the power to show their ads and promote their products and services.

Telecom businesses need to expand beyond their main markets and target several different sectors if they want to keep their current customers and draw in new ones. Even with fierce competition, offering freebies, and excessive losses, billionaires, are still trying to break into the telecom industry. There are several causes, but the main one is that billionaires want to take over and rule the entire telecom industry so that they can lead it alone.

Despite offering freebies like Reliance Jio earlier chose and implemented this pricing model of providing free voice calls and internet at low cost in 2016, which attracted a lot of people but unfortunately devastated the telecom sector, as it led other competitors to reduce their internet cost as well.

It seems Adani will follow the same pricing model and freebies if Adani Group enters this sector. Just like Ambani, He would want to dominate the telecom sector as there is increasing competition and huge profits.

Overall, Ambani has already dominated these sectors, and led these sectors by controlling the demands and likes and preferences of all the people. But now the question comes, how? As he already owns companies from the retail sector to infrastructure to media houses and consistently competes to dominate the telecom industry, which means he can understand the consumer’s demands, likes and preferences and can control them accordingly.

By playing at the forefront in the telecom industry, any telecom operator can adjust the likes and preferences of the people, and also alter the news and posts they don’t want to circulate and stop them from being viral. Also, they can use social media as a tool to become significant over their competitors in the telecom sector.

It is the whole scenario of what the 5G and telecom sector could do alone if the billionaires get to dominate the sector. There’s a huge benefit and massive profits in this sector to inclined people towards your brands and businesses.

It’s all strategy! A strategy to show what they want people to know and control what they don’t want to show. That’s why there’s a huge competition and offering freebies makes the competition severe.

India has consistently been among the top nations in the world’s telecommunications sector, and it is anticipated that this will hold in the future. The number of mobile users in the nation increased from 775 million in 2014 to 1,166,93 million in April 2022, demonstrating the sector’s tremendous expansion.

Reliance Jio, Bharti Airtel, and Vi are the only three players currently dominating the Indian mobile cellular market. Now, the entry of Adani Data Network has shaken up the telecom sector.

Billionaires dominate the telecom sector simply by obtaining big data, which is Integral to the Telecommunication Market to Gain Insights into Consumer Trends and Behavior.

With the introduction of big data, the telecommunications industry is undergoing significant upheaval. Telecom firms can now better understand their customer’s demands and provide more customized products and services because of the capacity to track and analyze customer behaviour.

Consumers can now receive more personalized care and personalized messaging, which is another advantage of this change. Telecom operators who will dominate the telecom sector will be able to track and analyze customer behaviour. Summing up, everything we do – is connected via the network, and this network is controlled by the telecom sector, so telecom operators can track and influence people’s likes and preferences and gain an advantage over their competitors.

Due to this reason, despite so much competition and offering freebies taking so much of losses, billionaires are getting into the telecom sector to dominate the networking and telecom sector. By 2025, the Indian telecom industry is in a better position to add more than 900 million new Internet customers.

The highly competitive environment of the telecom sector is linked to and challenges the acceptable return on these investments. The markets that telecom companies operate in today are very developed and crowded. Adding new goods and services is increasingly challenging because of the fierce competition from over-the-top service providers like WhatsApp.

Since telecom companies have already begun utilizing neural networks, Blockchain, artificial intelligence (AI), and machine learning with sophisticated sensory digitizing to boost customer service, there will likely be more rivalry shortly. The future of telecom is 5G and nanotechnology, which will have a major impact on the industries of the future.

Indian-Origin Suella Braverman Elected As UK's New Home Secretary: Know All About Her!

Reliance Industries is in negotiations to take FMCG brands