One of the longest-running shows in Indian history is the Bigg Boss. Wait! Is that what Bigg Boss is known for – The longest-running show? Yes, and No. It has the biggest fanbase for a reality show ever. The big boss show is best known to be the Indian cinema’s controversy hub. The show’s premiere does not only introduce new participants but always stir up chains of controversies which becomes the most heated topic to discuss over lunch break. It’s actually such a big thing that this show is even running successfully to its 14th season. If there is one thing that is quite common in every season and the only reason for the show’s popularity is – DRAMA! Bigg Boss show creators have done a Ph.D. in understanding the Indian mindset. We love drama so much so that if two people are fighting in the middle of the road, we cannot resist our urge to take a peek. The worst are those who might stand there till the end just to see who won it. Come on, you got to accept it. Haven’t we at least once turned our heads to the crowd as our curiosity drives us on a mini adventure with bear grills! This exact mindset of ours is truly a treasure to cinema producers to take advantage of and which they have been taking advantage of right from the time television was running black and white or even early than that. Bigg Boss creators took this perfect formula and never did they let us down once with their innovation to create the perfect drama that leaves 75℅ of the Indian population with anticipatory anxiety and a bunch load of infinite gossips. Just as ever this year’s Bigg Boss 14 has gone from releasing promo video to boycott calls. Of all the drama this season is prepared to dump on us, one particular controversy has caught our attention. Sapna Sappu aka the Sapna Bhabhi is entering big boss 14 as a wild card contestant. And this news has stirred massive opposition to the actress as well some even questioned the morale issue of the shows.

This controversy is evidence of a wicked double standard mindset in people. Why jump from controversy to people’s mindset? Here is the answer. If you are one of those die-hard big boss fans or has only gotten some glimpse here and there, you must surely remember sunny leone or by chance even Pamela Anderson? Both of them are adult stars who were worshipped by Indian cinema and once a big hit Bigg Boss contestant. 10 years ago, Bigg Boss 4 saw a new foreign face, who was reportedly paid 2.5 crores to participate in a reality show just for 3 days. Baywatch actress Pamela Anderson stole the show’s glory but also bought many eyes to it with the shows TRB rate to increase. Did anyone say anything against it?  No, to top it with chilly & oreganos, they bought Pamela back in 2018. The dance video of Pamela on ‘Dakh Dakh Karne laga’ has gained over 1 million views on YouTube. This was supposed to be a family show, how many people are watching it. Everyone celebrated and was actually in a state of wonder that they got to see foreign person in their Television. We have ways been like that, see any foreigner, stare at them till they runoff from our sight.

Sunny Leone – the current most loved and worshipped idol who is as Indian as we are. Sunny leone flew to India and got a work permit to stare in jism 2. But the moment she entered a Bigg Boss, it was a news title hit. Sunny won most search titles in Google for three consecutive years, which was indeed a result of big boss obsession. She laughed, danced, and enjoyed her stay. But that was the biggest head start in her career to hitting the hottest dance songs one after another. One song that resonated loud in Bollywood was ‘Baby doll’. From small children to elder adults, this song was vibrating the entire country. With that Sunny Leone found herself rising the ladder and famous into the mainstream. The people of India have welcomed her, given her warmth, love, and support. Danced with her, threw a surprise party at the airport, and many crazy things. But none opposed it. But what is the big takeaway from this? Foreigner turned Indian actress is accepted here, but Indian adult actress is not? This clearly shows how double standard our mindset has been. 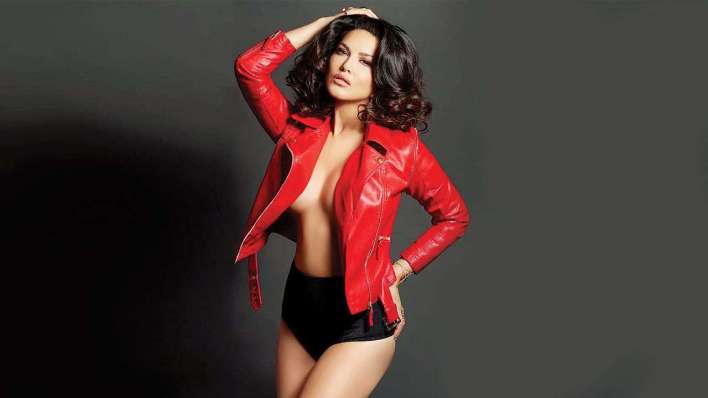 Bigg Boss claims to be an entertainment show but all it exhibits ‘how to get on each other’s throat‘ kind of things, yet they call it a entertainment show. There is no good in it, there is nothing that makes sense in it. But this shows success proves a lot of things about the target population. We made the math genius Shakuntala devil’s biography into a mother-daughter drama, how can we deny how much we crave for it? From the things we do, the thing we see, from the things we think, we become who we are. Entertainers give us what we carve for. Even if we fall prey to it and call for a Bigg Boss boycott, let’s remember that we made the show famous in the first place. We fed our craving, spread the wing of gossip, immersed in every possible discussion, and today we are standing at the time that a show is teaching us what our mindset is. Sapna Sappu is a bold and beautiful woman, so is Sunny Leone and Pamela Anderson. If one is to be judged so does all, but if one is not judged then none should be judged. Every work is done through hard work, no job is easy anywhere. The purpose of acknowledging the mistake is to correct it. Let’s not judge any with their past and instead see the good and wisdom they spread to the world.

Novel coronavirus can survive on skin for 9 hours: Study