Managers from NASA and SpaceX were brought together to research at NASA’s Kennedy Space Center in Florida. The research says SpaceX’s crew mass transportation system, hopefully, the International Space Station. The FRR program is primarily concerned with ensuring that SpaceX’s crew transportation system, the International Space Station (ISS), and its global official crews are fully equipped for the journey, flight readiness certification. NASA will have a media teleconference later today to discuss the results around an hour after the FRR ends.

The Crew-3 mission will take out from Kennedy Space Center’s Launch Complex 39A aboard a Crew Dragon spacecraft, launched by SpaceX’s Falcon 9 rocket.

The following people will be on the teleconference:

Kathy Lueders is an engineer and NASA at Headquarters’ Human Exploration and Operations Mission Directorate. The brief scenario of NASA and SpaceX

Since 2010, NASA‘s Commercial Crew Program has been collaborated with American aerospace businesses and companies to help accelerate the development of the human spaceflight systems in the US (United States).

In September 2014, NASA picked Boeing and SpaceX to ferry astronauts to the International Space Station from the United States. NASA missions will use These integrated spacecraft, rockets, and related equipment to go up to four astronauts, keeping a space station crew of seven to maximize time committed to scientific research.

The Crew Dragon spacecraft Endurance and its Falcon 9 rocket have been certified by SpaceX and NASA to launch on the Crew-3 mission four astronauts to the International Space Station on Halloween (October 31).

Before flying, Space X is working on one more problem of altering the Crew Dragon’s toilet. During SpaceX’s all-civilian Inspiration4 flight in September, toilet issues showed that a tube leading to a pee storage tank had burst loose to flow urine into a fan system instead of the designated tank.

After SpaceX completes its work, which is expected to be in the coming days, NASA will approve the change. 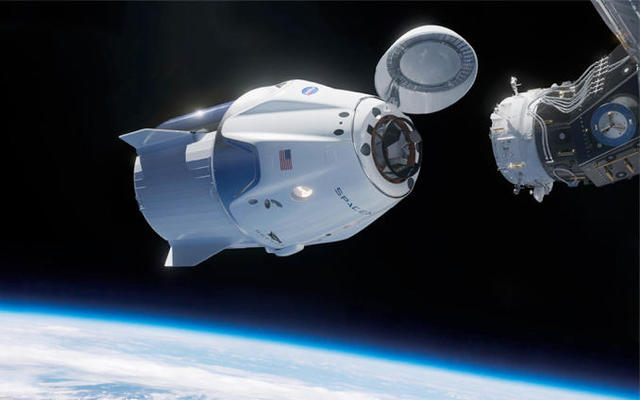 On November 1, astronauts from SpaceX’s Crew-3 mission, which rather than launched on April 23, 2021, reach the space station for a brief handover with astronauts from SpaceX’s Crew-2 mission. The launch time is 2:21 a.m. EDT (0621 GMT). The Crew-3 task will take NASA astronauts Raja Chari, Tom Marshburn, Kayla Barron, and European Space Agency Matthias Maurer to the International Space Station for a six-month mission like SpaceX’s fourth crewed spacecraft. Shane Kimbrough and Megan McArthur, Akihiko Hoshide, and Thomas Pesquet, NASA’s Crew-2, plan to return to Earth in mid-November 2021.

As part of NASA’s Commercial Crew Program, NASA astronauts Raja Chari, Tom Marshburn, and Kayla Barron, like ESA astronaut Matthias Maurer, will launch on SpaceX’s Falcon 9 rocket and Crew Dragon spacecraft for the Crew-3 mission. The four-person crew will arrive at the International Space Station for a six-month scientific mission approximately 22 hours after launch. The launch is set for 2:21 a.m. on Sunday, October 31, from Kennedy Space Center’s Launch Complex 39A.