Insurance has become a necessary reality of our lives due to the escalating insecurities, fraud rates and now it can be provided digitally.

Insurance bought in advance almost always comes in handy, if not proving to be a big lifesaver, be it for our car, bike, or even for ourselves. Acko is becoming more popular because not all insurance service providers are content with zero compensation and are happy to provide their consumers online. 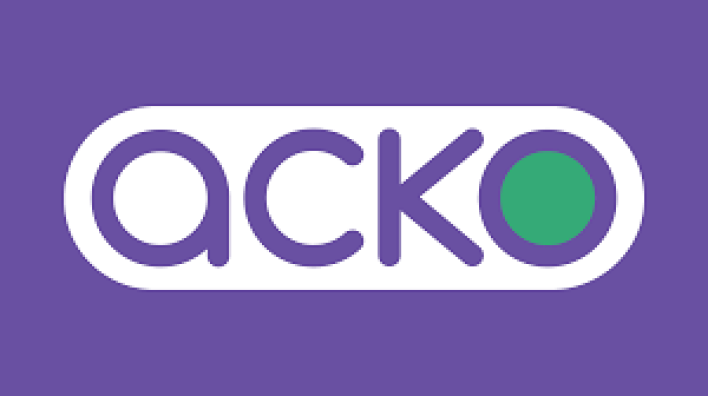 Acko General Insurance is based in India. In 2017, the Insurance Regulatory and Development Authority of India (IRDA) granted the company a licence. Acko advertises a digital insurance approach that helps it to provide premium insurance services and bite-sized insurance solutions to its customers with no commissions. The company doesn’t require documentation because all its operations are conducted through its digital platform!

As India’s first digital insurance, Acko launched in 2016 and is now growing quickly. Over 50 million unique consumers, according to Acko, have been assisted to date.

Varun Dua and Ruchi Deepak created Acko in 2016 to become India’s first digital insurance service provider. One of the main issues Varun and Ruchi intended to address, which ultimately led to the creation of Acko, was the lengthy, tedious, and transparent procedure that individuals have to go through, even when it comes to the insurance of basic products like cars.

Co-founder Ruchi stated, “One of the main issues is the pricing point of these goods,” when discussing the insurance sector”.

“We recognised an opportunity that a digitally enabled insurance company could uncover regarding customer satisfaction and business value. Varun Dua, my co-founder, and I decided to go for it,” added Ruchi.

While Ruchi Deepak is the company’s founder and director, Varun Dua serves as its chief executive officer. Investors including Accel Partners, SAIF Partners, and Catamaran Ventures are now supporting Acko. Both domestic travel insurance and mobile insurance are included. 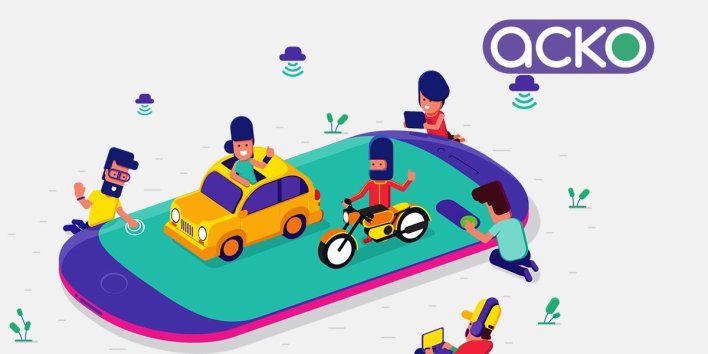 The Acko products include insurance of:

Acko Mobile Insurance: In the form of Acko mobile insurance plans, which assist customers with a quick and simple procedure to have their phones fixed in case of a breakdown, Acko provides users protection plans together with the purchase of new mobile phones.

Acko Health Insurance: Acko provides Acko Health insurance policies, which aid the insured person in getting financial help in the event of unforeseen events, abrupt diseases, and planned or emergency hospitalisation. Some Acko health insurance policies include basic hospitalisation coverages, but some policies provide coverage for wellness benefits, preventive healthcare, and other things.

Acko Car Insurance: This insurance provides coverage for many hazards associated with healthcare. By choosing a car insurance plan from Acko, users can get financial support if their vehicle sustains damage or causes damage to others.

Acko Bike Insurance: The company Acko provides its bike insurance plans. The Acko bike insurance plan helps users to insure both their old and new bikes. Consumers can get an instant policy and instant claim benefits thanks to the insurance coverage provided by Acko.

The Ola Trip Insurance, a microinsurance product of Acko that helps insure cab passengers, is one of the cars and taxi insurance products. Additionally, it received the Golden Peacock Award for Innovative Product in 2019.

The Acko team actively tries to improve each element of its goods and insurance services. Acko is improving pricing, purchases, claims, and more using the power of digital data and technology.

Acko provides customised pricing, instant policies, and lightning-fast claim payouts. Its mission is to “make insurance as welcoming as a smile.” Additionally, the Acko crew is motivated by the love and support of their customers and investors and is unified in their enthusiasm for client ease. 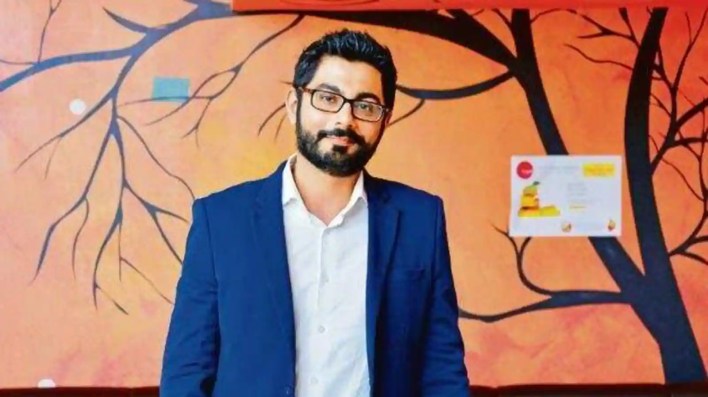 The CEO and founder of the digital platform is Varun Dua. Varun finished schooling at the University of Mumbai, MICA, and Ahmedabad. He worked as a Trainee at Leo Burnett Advertising for less than a year after receiving his degree and began his career as a marketing manager at Franklin Templeton Investments and Tata AIG Life Insurance.

After that, Varun established Coverfox Insurance Broking Pvt. Ltd., of which he is the CEO and founder. Varun founded Enser Communications and Glitterbug Technologies before establishing Coverfox in 2013. He began employment here in 2016.

Another one of Acko’s founders is Ruchi Deepak. She had senior positions at Franklin Templeton Investments, Coverfox, and Matrix Partners, where she met Varun, and they later founded Acko in 2016. Ruchi gave birth to her twins while establishing the business and applying for the licence in October 2016. This shows her commitment to her profession and distinguishes her from Varun, a serial entrepreneur, as an inspirational businesswoman.

Ruchi, who is from Jamshedpur, graduated from Lady Shri Ram College (LSR), where she majored in law. She has served as an advisor to many startups and is a co-founder and director of the digital platform.

The Acko crew has grown considerably. Acko has expanded from a group of six people during the company’s early stages to a staff of more than 400. The diverse team at Acko includes everyone from programmers to financial specialists. 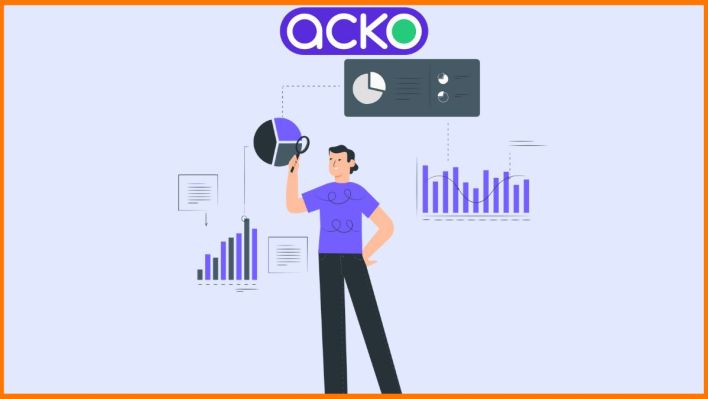 Within just 24 months of operations, the organisation asserts to have provided insurance plans to over 62 million different consumers.

Acko generates income from its insurance programmes. They provide a variety of customer-friendly programmes. Due to its customer-focused strategies, the organisation has more than 4.5 crore satisfied customers and 5-star ratings. They provide their customers with great customer support, and with this, Acko has earned the customers’ trust. 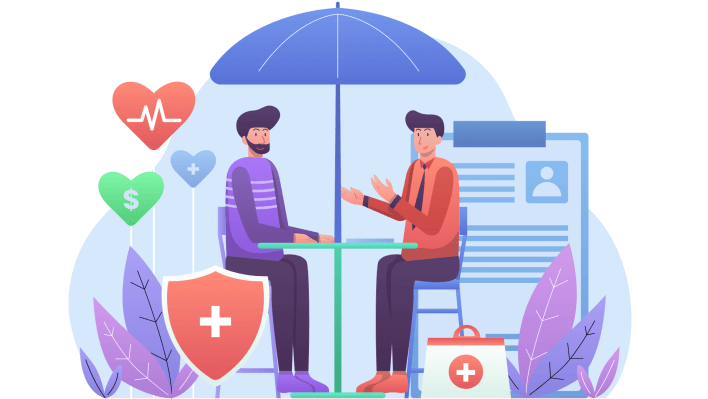 Over the course of 6 investment rounds, Acko has gained $458 million in funding in total. On October 27, 2021, Acko received $255 million in capital from a group that included General Atlantic, Multiples Alternate Asset Management Private Limited, and others. After receiving a $255 million round, Acko is regarded as an Indian unicorn business with a valuation of $1.1 billion as of October 28, 2021.

This digital platform is aiming to raise money from investors, both current and new, at a valuation premium of more than two times. According to sources, Prosus and Acko have been in discussions for a while, and the firm will raise about $200 million.

There are a total of 21 investors in Acko, including eight lead investors. The most recent investor is Intact Ventures. Several well-known investors in Acko include Amazon, Accel Partners, Catamaran Ventures, Elevation Capital, RPS Ventures, and Mr Binny Bansal. 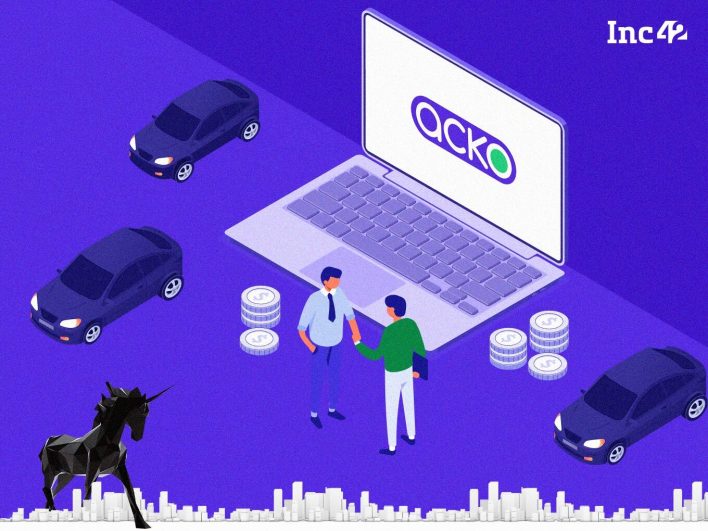 Accelerator and Narayan Murthy support Acko. Acko underwrote a premium in September 2019 valued at Rs 41.56 crore. In comparison to 2018, the company experienced a 6x rise. The premium’s previous value was Rs 6.53 crore.

The company’s worth has increased by a factor of two since the most recent investment round on October 27, which allowed Acko to enter the elite group of unicorn companies. The company’s latest investment round in September 2020 valued it at roughly $500 million, but after a $225 million funding round that helped it become a unicorn, that value increased to $1.1 billion.

The pandemic undoubtedly made it difficult for buyers to visit the showrooms. On the other hand, there has been a noticeable rise in the sale of vehicles through online channels. Comparing the first quarter of FY22 to the same period last year, the sales of auto insurance policies at the internet insurance business Acko increased by an astounding 120%.

Compared to the same quarter in FY21, the company’s auto business has grown by 1.16 times. During the same time period of the year, the number of new customers from non-metropolitan cities increased by approximately 3.5 times. The growth rate for urban areas was almost 2.5 times higher.

Acko’s website receives over 4 million visitors monthly and has seen an increase in traffic, which increased by 161% from April to June of FY22 compared to the same period in FY21.

In addition, Acko asserts that it serves over 70 million customers. On well-known digital consumer platforms like Amazon, MakeMyTrip, Ola, Urban Company, Bajaj Finance, and others, it claims to have one of the greatest market shares in integrated insurance products, including mobility and gadgets insurance.

Since it first became a corporation, Acko has participated in a few partnerships. To name a few, here are some of the well-known ones:

• Acko and Ola worked together to establish an in-trip insurance scheme that is active in more than 110 cities.

• The business collaborated with Amazon India to add mobile insurance coverage to the retailer’s website.

• Acko witnessed a new relationship with Amazon Pay, which helped the business to introduce a car insurance plan in July 2020.

• Acko partnered with HDB Financial Services to provide customers with HDBFS insurance, which is free when using an EMI card.

The top competitors are Easypolicy, PolicyBazaar and Digit.

• Easypolicy is Acko’s main rival. It was established in Noida, Uttar Pradesh, in 2011. In the field of health and life insurance, this business rivals Acko. It brings in less money than Acko.

• PolicyBazaar is one of Acko’s main rivals. It was established in Gurgaon, Haryana, India, in 2008. This business engages in the life and health insurance sectors. It brings in more money than Acko.

• Digit is one of the top competitors of Acko. Its headquarters are in Bengaluru, Karnataka, India, and it was created in 2016. Additionally, Digit operates in the life and health insurance industries. The revenue generated by Digit is smaller than the revenue produced by Acko. 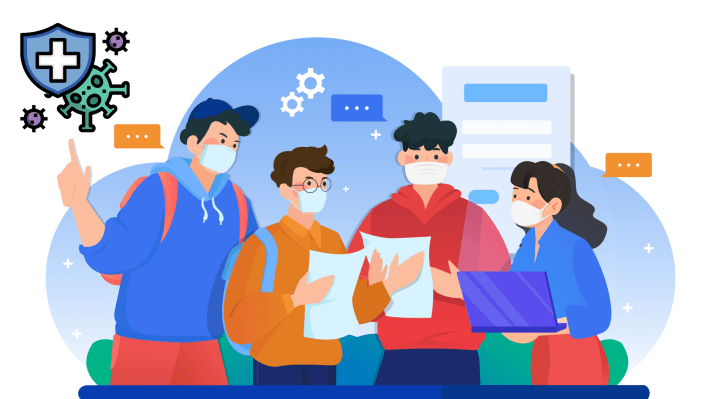 Acko has won multiple awards and is a well-known startup that has already achieved unicorn status. Among them are:

• At the 2020 FICCI Insurance Industry Awards, the company won “Most Innovative Insurer” in the Non-Life segment.

• In 2019, the “Golden Peacock Innovative Product Award” was given to Acko’s microinsurance product, Ola trip insurance.

According to Varun Dua and Ruchi Deepak, the items’ value is being scaled up. The business will investigate the health insurance programmes. The company wants to hire more people in the coming months. Additionally, the digital insurer platform wants to expand significantly across the technology, vehicle insurance, and micro-insurance products for travel, electronics, and appliances verticals.