SoftBank, which had become the darling of the Indian startup ecosystem and is one of the most prominent Venture Capital Investment firms today, is battling several internal issues thanks to Masayoshi Son.

Masayoshi Son, the billionaire, personally owes SoftBank close to $5 billion due to the growing losses on the Japanese conglomerate’s technology bets, which have also caused the value of his stake in the group’s second Vision Fund to be worthless.

The billionaire’s evergrowing personal liabilities, uncovered through an analysis of SoftBank’s recent filings, come as the world’s most prominent tech investor was battered by decreasing tech stocks and valuations in private companies over the last year.

Last week, the 65-year-old chief executive and founder of SoftBank said he would step down from running daily operations at the firm.

He said; instead, his primary focus would be on the firm’s British chip subsidiary Arm after the tech conglomerate posted quarterly investment losses of $10 billion.

The deepening losses in SoftBank’s different investment vehicles have also added billions of dollars to Son’s tab and now owes the group concerning its technology bets. 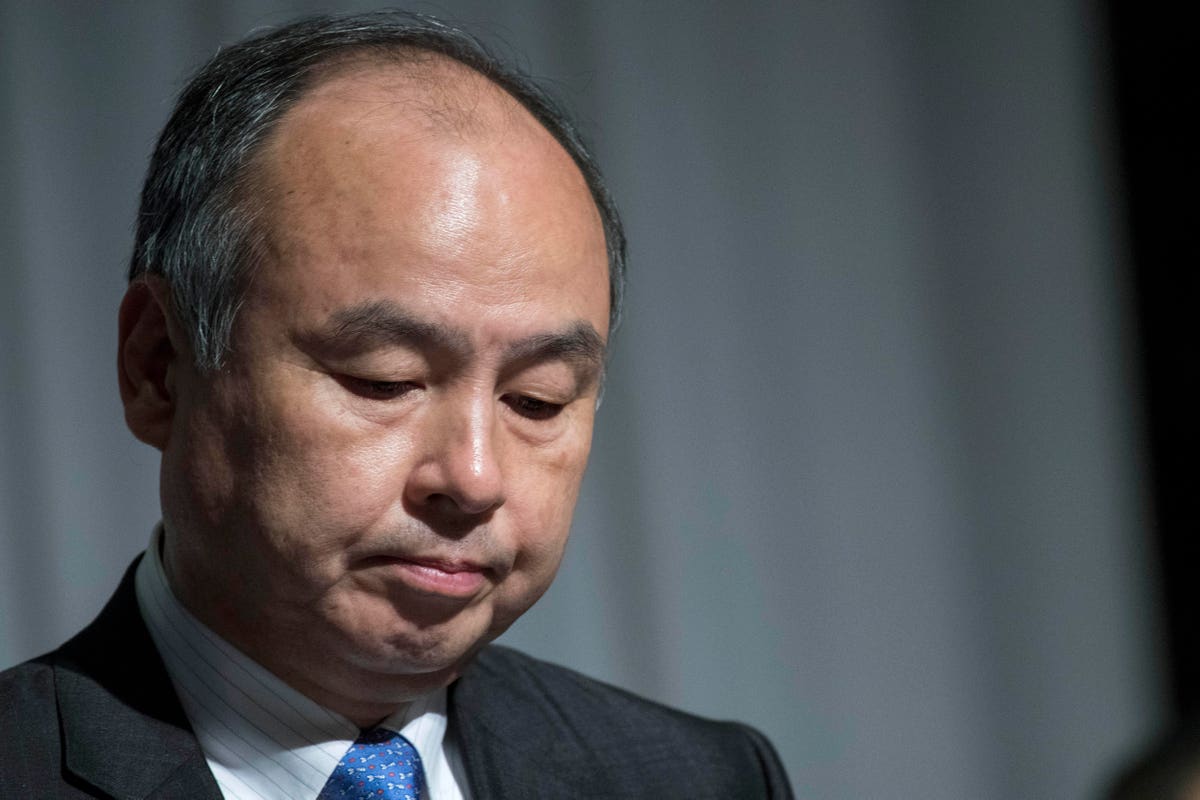 The reason is that money to invest in its technology-related funds was fronted by SoftBank and what’s more is that he is under no obligation to repay SoftBank for many years.

Furthermore, Son’s 17.25 per cent stake in SoftBank’s $56 billion second Vision Fund, the vaue of the same was also wiped out entirely by the end of September that was valued at $682 million during the previous quarter.

His stake in the investment vehicle ascended as high as $2.8 billion by the end of 2021 when high valuations for startups allowed SoftBank to sell off shares in public listings of portfolio companies.

SoftBank still needs to collect the $2.8 billion that Mr Son owes concerning his stake in the fund. Previously, SoftBank bumped off his equity value from the amount he owed the group, which meant that at the end of 2021, the amount stood at just $4 million. 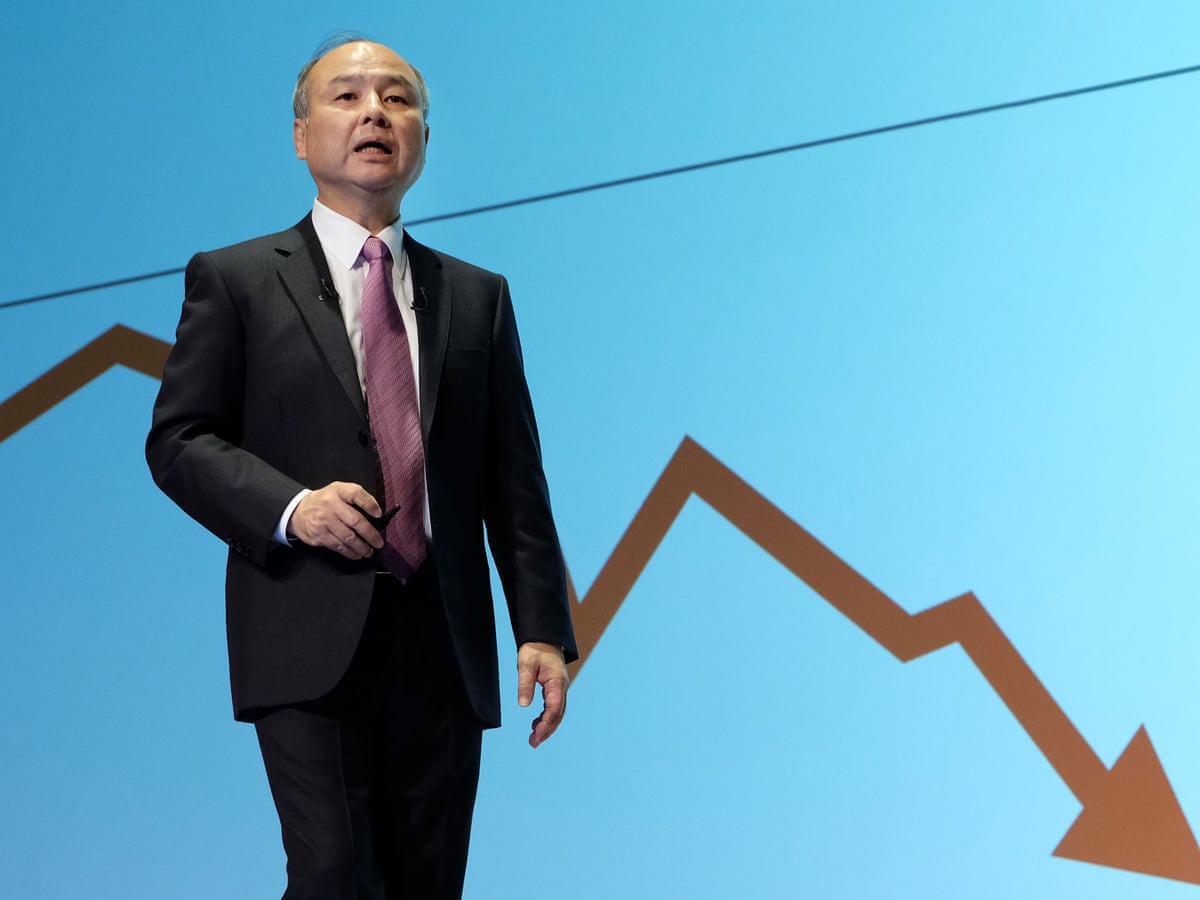 Son also owes SoftBank $669 million under a similar understanding of its Latin American fund, which has backed startups across the continent. However, this is decreased to $252 million when his equity value in the fund is considered.

The aggregate amount the Japanese executive owes his company is now at $4.7 billion when losses in the group’s shortlived internal hedge fund SB Northstar are also considered.

Son’s increasing liabilities to his own company have materialized as shareholders of SoftBank have questioned its decision to accelerate the share buyback pace in recent weeks sharply.

It resulted in pushing its share price to a 12-month high earlier this month and left its stock positive despite the heavy losses at its Vision Funds.

Mr Son has to privately cover a third of the losses in Northstar, which earned notoriety in 2020 for carrying out the “Nasdaq whale” trades in US technology stocks.

The stock-trading unit’s aggregate investment losses increased to nearly $6 billion at September’s end as the group persisted in liquidating its investments.

Had the internal hedge fund’s exaggerated derivative bets paid off, Son would have reaped a third of the gains.

Similarly, if Vision Fund 2′s investments in private tech companies had been profitable, the SoftBank founder would have had the chance to gain immensely without putting up any upfront capital.

Instead, the arrangement has swiped billions of dollars off the net worth of one of Japan’s wealthiest men.

In contrast to SoftBank’s first $100 billion Vision Fund, which secured tens of billions of dollars from the Middle Eastern sovereign wealth funds, which was its second major tech investment vehicle has no outside backers.

SoftBank and Mr Son are the only investors, with much of the company’s stake held as preference shares that rank ahead of its founder.

The second Vision Fund was one of several blue-chip investors who wrote off its stake in collapsed cryptocurrency exchange FTX last week, with SoftBank’s total losses at about $100 million.

In both Vision Fund 2 as well as the Latin America Fund, Mr Son has pledged his stake in the funds and also a portion of his SoftBank stake, which he owes as collateral for the company.

SoftBank Group Corp reported its first quarterly profit in three quarters, upped by putting some of its stake in China’s Alibaba. However, it also declared that its massive Vision Fund unit posted another sizeable quarterly loss. Furthermore, Masayoshi Son is allegedly now personally liable for about $4.7 billion in side deals he set up to boost his compensation.

The adding losses in the company’s tech portfolio have demolished the value of the growing Vision Fund, which upended the world of technology with its big bets on startups. The fund will now write down its investments in the troubled crypto exchange FTX to zero.

Investors have criticized the Japanese billionaire’s controversial personal stakes in SoftBank’s investments, citing the mix of private and company interests as an issue of corporate governance.

However, Son — who owns a more than 30 per cent stake in SoftBank — has denied the charges.

The current events have also highlighted Softbank’s India portfolio, which is tech and startup-heavy again.

How has the India portfolio of SoftBank performed?

SoftBank held a 17.45 per cent stake at the end of the July-September Quarter. As of yesterday, SoftBank Vision Funds India Holdings (Cayman) Ltd sold 2.9 crore shares in the company at an average price of Rs 555.7 apiece; the stake has gone down to 12.95 per cent. At the current market price, the stake is valued at Rs.4400 crore.

Paytm shares have been under the stress of market bears since its listing on NSE and BSE in November 2021. Paytm shares recently hit their new lifetime low of Rs 510 on BSE, which is more than 75 per cent below Paytm IPO‘s upper price band of Rs 2150. Today Paytm shares closed at Rs 546.4, up by 1.22 per cent from the previous close on the BSE.

The company has a stake in Delhivery via SoftBank Vision Fund Doorbell (Cayman) Ltd, and at the end of the quarter ended September 2022, the stake is at 18.48 per cent. At the current market price, the stake is valued at Rs.4750 crore.

In PB fintech, the parent company of Policy Bazaar SoftBank Vision Fund holds a 10.16 per cent stake at the end of the quarter ended September 2022. At the current market price, the stake is valued at Rs.175 0 core.

SoftBank Vision Fund holds a 3.36 per cent stake in food delivery brand Zomato at the end of the July-September quarter. At the current market price, the stake is valued at Rs.1950 crore.

Zomato shares have been volatile since its IPO listing in July 2021. The shares closed today at Rs 67, down 11.8 per cent from the IPO’s upper band price of Rs 76.

Meanwhile, the Softbank Vision Fund also has many Indian investments in the unlisted universe. The investments are spread across the consumer space, ed-tech, enterprise platforms, fintech and transportation sectors. Some notable names include Flipkart, Lenskart, Meesho, Oyo, Swiggy, Unacademy, Ola, and Ola Electric.

According to reports, Indian investments account for 9 per cent of the fair value of companies in SoftBank Vision Fund’s global portfolio.

Reduced 30% in a year, international freight prices are good news for exporters.