Multiple businesses have received SEBI approval and are seeking IPO clearance. The stock prices of last year’s IPOs, particularly in the fintech sector, have plummeted. SEBI has tightened disclosure standards. Investor interest in IPOs has grown again during the past two months. The market for initial public offerings (IPOs) appears to have emerged from its stagnation in recent weeks as a number of well-known companies have started courting individual investors.

Over the previous 16 months, five of India’s most expected technology IPOs have failed since going public, losing more than $18 billion in value. The parent company of payments company Paytm has suffered the most due to valuation concerns and the increase in global interest rates. The owner of cosmetics e-retailer Nykaa, shipping company Delhivery, delivery startup Zomato, and the executive of online insurance marketplace Policybazaar are among the other victims.

On the back of government initiatives to support entrepreneurs, easy-money policies, and a rise in retail trading during the epidemic, India IPOs reached a historic $18 billion in 2021. However, shareholders have now sold off well-known IT stocks, despite the reality that the larger Indian stock sector has outpaced rivals globally and reached new highs. As influential investors reduce their ownership, unbound stocks are contributing to supplies, quickening price decreases, according to Arun Malhotra, a portfolio manager with CapGrow Capital Advisors LLP. He argued that “the total liquidity position was large” and that “the stock prices of such businesses were not truly being supported by criteria and even the profit and loss statements.”

Nykaa‘s board of directors issued a stock incentive (5 shares for each and every 1 share owned), despite the business’s bad performance for shareholders, experts predict the purchase may not have been as severe as predicted.
According to a report from Jefferies, “Worries are strong regarding lock-in expiration, although we foresee that 10-Nov might not be all that relevant since major investors would only have 17% (1/6th) of their ownership — balance (83%) available only by November 15.”

Paytm has fallen more than any other among the list members, losing 70% of its worth from its offer price after offering. International investors including SoftBank Group Corp., Berkshire Hathaway Inc., Jack Ma’s Ant Group, and Warren Buffet’s Berkshire Hathaway are supporting the new-age technology enterprise.

One 97 Communications Ltd., the company that owns Paytm, fell quite so much as 10% on Thursday as active investor SoftBank Group Corp. reduced its holdings after that the IPO lock-up term expired. In some kind of a similar move, Uber Technologies Inc., a former investor in Zomato Ltd., left the online food delivery business in August. 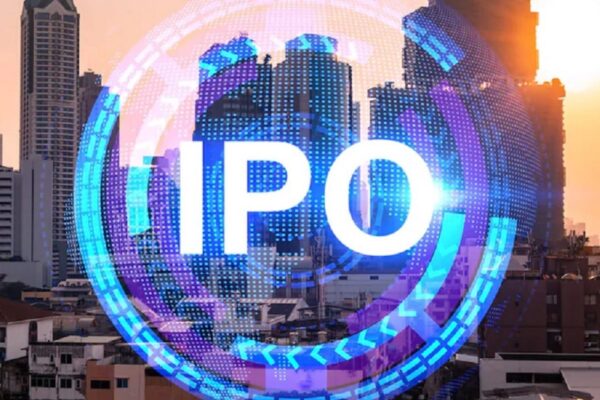 The Paytm shares have fallen about 60% in the past year and have recovered over 70% of their initial issue price. On the other hand, the stock showed an increase of nearly 5.5% during the last six months. The stock price has differed during the last six months from Rs 586 per share to Rs 843 per share. The shares had increased by about Rs 800 each in August. Its market capitalization is Rs 40,630.09 crores and its 52-week hefty cost tag was Rs 1,961.05 on Nov 18, 2022.

When lock-ups expire, shares often decrease as a result of shareholder selling which creates stress on share prices. Whenever a stock lock-up on Zomato Ltd. dissolved in July, the online food business fell to a historical low. After Nykaa made a big splash on the marketplace in November of the previous year, its stocks dropped under their Issue price.

The financial worth of orders placed on all of Nykaa’s channels, or its gross merchandise value (GMV), increased 45% to 23.46 billion rupees. GMV from its fashion division increased by 43%, whereas that from its core beauty and personal care division increased by 39%. In order to grow in the Gulf countries, the business partnered with Dubai-based lifestyle and fashion behemoth Apparel Group in October.

VK Vijayakumar, Chief Investment Strategist at Geojit Financial Services, commented upon the market pressure in internet shares by stating that there is now strong activity in certain of these stocks where the lock-in period of early investors is expiring. Its share prices are quite volatile and there is an enormous supply. A few are profitable, like Nykaa. A long runway of potential strong growth over several years exists for some of these equities. In the long run, some of these might out to be influential wealth producers. Therefore, this section might be closely scrutinized.

While everything was going on, shares of One 97 Communications Ltd., the parent organization of Paytm, fell 10% after a division of Japan’s SoftBank Group Corp. offered to reduce its investment in the business. According to information gathered by Bloomberg, 29.5 million holdings, or 4.5% of the Paytm shares, were exchanged on the National Stock Exchange in a single piece.

Abhay Agarwal, a fund manager at Piper Serica Advisors Pvt., advised novice investors against bottom-fishing in each of these stocks if somehow the business would have no obvious route to revenue.