As part of its Make in India strategy, the Indian government prohibits importing defence equipments, but he personally uses imported clothes and cars!

Make in India is a type of Swadeshi program that touches on at least 25 different economic areas. Companies are encouraged to produce their own goods under the program.

The administration seeks to boost economic growth by reviving the struggling manufacturing industry. By raising the nation’s “Ease of Doing Business” ranking, the GOI also hopes to entice foreign companies to invest in and manufacture in the country.

The long-term goal is to gradually transform India into a hub for global manufacturing while also increasing job prospects there.

The Make in India program is focused on improving skills and creating jobs in 25 industries, including construction, defence manufacturing, chemicals, IT & BPM, pharmaceuticals, and autos.

Even though Make in India has been in existence for nine years, several obstacles still stand in the way of reaching its goals.

Soon after winning the 2014 election, Modi unveiled his “Make in India” policy, intending to make everything from fighter planes to mobile phones there in order to boost employment and halt the outflow of foreign capital.

Modi appealed to everyone in the world to “come, make in India” and “come, manufacture in India” in his first significant speech as prime minister. Sell anywhere in the world, but make in this country. Recently He said that India should become self-reliant and produce defence products domestically. and India should not be dependent on foreign items. That’s what Our PM wants to convey to prohibit foreign products, but do you think that our PM will follow this initiative on his part? Does he use locally made things? Does he wear Indian-made products? Well, actually, no!

Even When the country’s PM is not taking his own statements & initiatives, then why is he urging its people to prohibit foreign products and support the ‘Make in India’ initiative?

As part of its Make in India strategy, the Indian government prohibits importing defence equipments, but he personally uses imported clothes and cars! Around 2,700 of the nearly 4,000 items that will no longer be allowed to be imported in 2020 have been locally produced. By 2028, the rest will gradually adopt this strategy.

Plans to buy aircraft from foreign manufacturers have been scrapped because the Modi government wants the air force to opt for locally made twin-engine fighter jets that are not yet in production as well as scarce single-engine fighters that are in short supply.

Here, you can observe the two contrasting narratives. On the one hand, our prime minister urges Indians to avoid purchasing foreign goods and to produce their own defence items as well as products for the construction, chemical, IT & BPM, pharmaceutical, and auto industries. On the other side, he uses imported foreign products. Therefore, the so-called “Make in India” campaign is nothing more than our PM’s catchphrase.

Narendra Modi’s attire has occasionally made headlines. Numerous charges regarding Modi’s attire have previously been raised. Modi’s clothing, according to Delhi Chief Minister Kejriwal, would cost about two lakhs.

There has been much discussion on Jawaharlal Nehru’s achkans, sometimes known as the “Nehru jacket,” Indira Gandhi’s understated yet airy sarees, Lal Bahadur Shastri’s classic dhotis, and Jayalalithaa’s famed chiffon and cotton sarees.

However, there is something about Modi’s fashion sense that causes people to support him when he dons stylish, pricey attire and accessories.

Every day, Modi consumes mushrooms from Taiwan that cost Rs. 80,000, and his clothing cost between Rs. 8 and 10 lakhs. He wears Maybach sunglasses, which cost Rs 1.65 lakh.

In his book “The Man, Narendra Modi The New York Times, “According to Nilanjan Mukhopadhyay, Modi has a fascination for high-end designers and imported fountain pens, notably Mont Blanc. The book also states that his favourite brand is Movado, a Swiss luxury watch business. 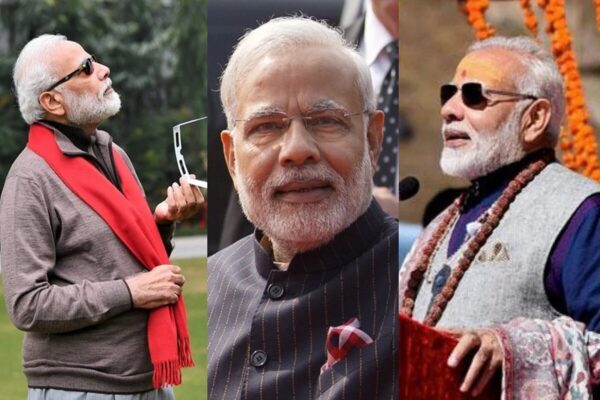 Similarly, through Italian glasses, he pledges to create a “New India,” “R.P.N. Singh, a spokesperson for the Congress. Even a Modi suit that was worn in 2016 became the most expensive suit ever sold at auction. Thus, Modi’s lifestyle is now a high-maintenance job.

Instead, he ought to have advertised the fact that he personally uses products with Indian brandings, such as pens, vehicles, eyeglasses, and other items. This would have raised the sales of Indian brands and undoubtedly assisted local Indian businesses in becoming global players.

It would have definitely boosted the Indian manufacturing sector as people will also get motivated by such initiatives where our PM makes use of Indian-made goods rather than imported ones. Also, PM Modi’s tactics are visible to foreigners.

For instance, PM Modi recently gave 100 pairs of JUTE handmade shoes to Varanasi after learning that the city’s employees lack winter boots (because of elections).

Due to this, Google searches for Jute products, particularly locally manufactured footwear, soared, and people started purchasing them. Therefore, this is how his personality affects the things he uses, such as the most well-known TURBAN, LONG WHITE BEARD, YOGA, ETC.

He is, in essence, a pure politician who is a hypocrite rather than a modest, down-to-earth individual like Dr Abdul Kalam. Everything he says is just intended for other people, not for himself. He wouldn’t be wearing any local jute footwear despite having sent some to Varanasi, as he likes to wear only imported ones.

So basically, What does Atmanirbhar represents to Modji, and since our prime leader stressed it, why does he choose imported products for himself and his lifestyle?

The phrase “Atmanirbhar” was first used by the late Indiraji. Modi is whimsical and sadistic. He manipulates people’s emotions. He drives imported cars and wears luxury and expensive clothing, sunglasses, and watches, all of which are imported. His phone is a foreign brand.

Atmanirbhar is, therefore, a publicity stunt. He himself is unable to pronounce the word, and even his pompous home minister Shah cannot pronounce the word Atmanirbhar.  Atmanirbhar or Make in India really implies less reliance on imports and more on exports as well as local goods and services. It is just a jumala for Modi. 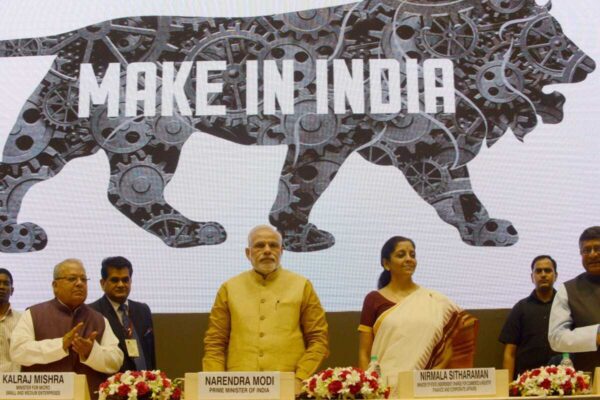 Isn’t Modi being a hypocrite by urging Indians to buy local when he uses an iPhone, drives a BMW, and wears Maybach sunglasses? His entire lifestyle is fueled by imported goods. The irony is that he travels often, wears foreign-made clothing, drives foreign vehicles, and may even wear foreign-made eyewear while urging his people to purchase Indian goods and remain in India.

Narendra Modi, the prime minister of India, is now commuting an armoured Mercedes-Maybach S650 Guard. The BMW 7-Series Hi-Security is replaced by the new luxurious vehicle.

This is because Prime Minister Narendra Modi is aggressively supporting the ‘Make in India’ and ‘Atmanirbhar Bharat’ initiatives, and the Mercedes Maybach S650 Guard has been imported to India.

In seven years, the prime minister owned five different luxury cars. Highlighting the fact that businesses have experienced a recession and people have lost their jobs and incomes over the past two years. People’s purchasing power has been reduced as a result of the pandemic, so we need to think twice before purchasing a pair of clothes.

But the pace at which the PM switches luxury cars and uses imported goods appears to have hardly changed. India has had prime ministers who cared about the populace rather than who bought a new car every two years.

In conclusion, Prime Minister Narendra Modi himself enjoys an expensive and luxurious lifestyle, and he uses foreign goods. The Make in India initiative was only a buzzword and a mere slogan.

While the Make in India project has achieved some of its goals, it has been declared a complete failure now. Failures may have resulted from having high expectations without considering the infrastructure and labour force of India.

India has a 'ghost mall' problem resulting in a loss of over $524 million, Knight Frank's report show