India Is ‘Running Out Of Weapons’ As A Result Of Its “Make In India” Policy, According To A Report

The officials claim that imports are no longer permitted for the army, navy, and air force of India, which need to replace outdated weaponry systems. They predicted that India might face a severe helicopter scarcity by 2026 and a fighter jet deficit by the hundreds by 2030.

Prime Minister Modi unveiled his “Make in India” campaign shortly after winning the election in 2014, with the objective of generating jobs and halting the flow of foreign capital out of the nation by producing everything from fighter jets to mobile phones there.

Nevertheless, eight years later, the world’s biggest consumer of military hardware still struggles to meet its needs for arms locally, and imports are outlawed by law.

India might soon run out of helicopters and fighter jets.

The report claims that the “Make in India” policy no longer allows the Indian army, navy, and air force to import a few essential weapons.

According to officials, India may run out of helicopters by 2026 and fighter jets by 2030 as a result.

Regardless of the source or kind of military acquisition, PM Modi’s proposal calls for somewhere between 30% and 60% of home-made parts. India previously used a system in which a percentage of the purchase price was allocated to domestic manufacturing before the establishment of such caps.

These limits and the import ban weren’t present earlier.

In the current state of affairs, India’s military readiness is expected to continue to decline as it encounters increased hazards from Pakistan and China, In a wake of deadly clashes in 2020, its forces are stationed toe-to-toe with Indian troops along their Himalayan border.

One insider estimates that due to its weakened air force, in particular, India will require twice as many soldiers on the ground to avoid aggressiveness near the Chinese border. 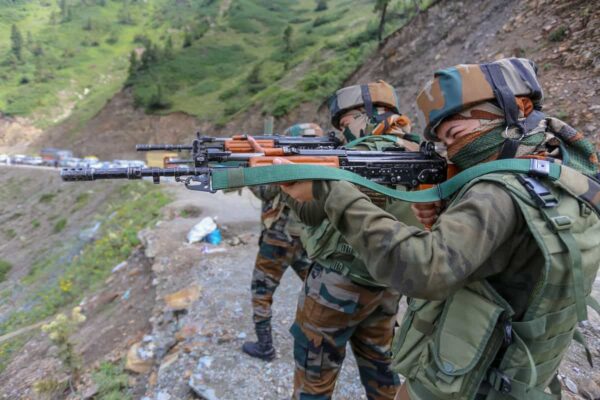 Bloomberg has meetings with a number of representatives from each of the three Indian government services for this article. They requested anonymity in order to discuss delicate subjects.

No answer was given to an email requesting comments from the Indian Ministry of Defence.

Although the Indian military has expanded local purchases of some defence products, India does not yet develop complicated platforms like twin-engine jets and diesel-electric submarines.

Plans to buy fighters from foreign manufacturers have been scrapped because the Modi government wants the air force to opt for locally made twin-engine fighter jets and scarce single-engine fighters that are not yet in production.

Even if we were able to create the miraculous INS Vikrant, India can still not construct twin-engine warplanes and diesel-electric submarines.

There may be fewer than 30 fighter units left in the Indian Air Force by 2030.

In particular, the situation with the air force is bad. By 2030, India’s air force is predicted to have fewer than 30 fighter squadrons, which is significantly less than the 42 needed to adequately protect its borders with China and Pakistan.

One official estimated that between now and then, the air force would be forced to ground about six squadrons, each with 16 to 18 fighter jets because they will no longer be allowed to fly.

Officials claim that the state-owned military firm Hindustan Aeronautics Limited, which has its headquarters in Bengaluru, can only build eight Tejas aircraft each year, or around half a fleet.

They claim that the company plans to boost production by 2026, though there may be delays due to supply-chain disruptions brought on by Russia’s involvement in Ukraine.

India‘s helicopter fleet is in difficulty. 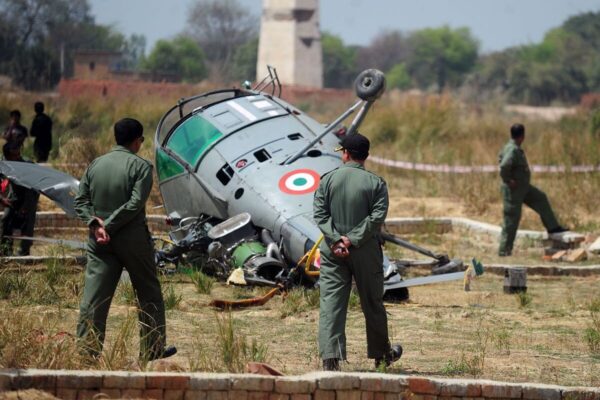 Another issue involves helicopters. Light helicopters created and introduced in France more than 50 years ago are being used by the air force, army, and navy.

Almost 80% of India’s chopper squadron, according to a defence ministry official, have already exceeded their 30-year life span.

According to a military source, a significant proportion of the army’s inventory of single-engine choppers might have to be rooted by 2026 even though the locally manufactured light chopper appears uncertain to be prepared before the end of 2030.

Due to conflicts over pricing and the number of domestic components to be used, a strategy to produce a Russian Kamov-226T chopper has not really been implemented.

The army and air force are creating backup plans and extending the lives of their old platforms, according to officials.

It is dangerous to use obsolete helicopters. According to records held by the Parliament up to last December, accidents involving military helicopters have resulted in 31 soldier deaths and 19 further injuries since 2017.

For the navy as well, the endeavour to use equipment made locally is giving them problems. The restricted amount of heavyweight torpedoes India purchased forty years ago is what power its submarine fleet.

The Defence and Development Research Organization (DRDO) is developing an approach to produce heavy-loaded missiles that can be fired from submarines, though there is no defined schedule regarding how soon they would be prepared to be used. 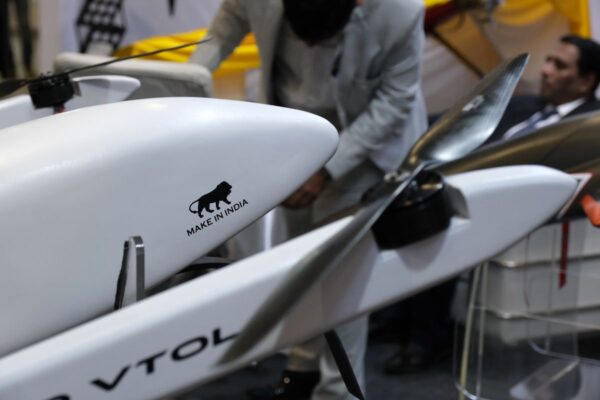 Mr Bedi claimed that “Make in India for the military is not thoroughly thought through.” It is a good tagline, but there isn’t much else to report.

In response to Modi’s Make in India failure, Owaisi says:

Asaduddin Owaisi, the leader of AIMIM, criticized Prime Minister Narendra Modi for his defence policy on Thursday. The Hyderabad MP claimed that India is out of weaponry in its conflict with China, a neighbouring country.

“The PM’s illogical plans have made us vulnerable. China is India’s most significant obstacle. We are out of weaponry, and our defence preparation is nonexistent. We will be lacking HUNDREDS of jets. Too unfortunate WEAK PM Modi can’t blame the Mughals for it, Owaisi wrote in a tweet.

Owaisi included a link in his tweet to an article from Bloomberg.com that discussed the shortcomings of the Union government’s defence plans at a time when China and Pakistan are major security threats.

Russia ditches dollars for global gas trade in 2022: What will be the negative impact on the US dollars?

Modi is set to attend the SCO summit in Samarkand with Xi, Putin, and Shehbaz on September 15 and 16.