According to an ET analysis of all listed companies, three of India’s Big Four companies—EY, KPMG, and the Deloitte group of affiliate companies—were within striking distance of one another on the audit chief board at the end of the September quarter.

The Big Four firms in India use affiliated entities to carry out their audit work. The KPMG group will audit 147 businesses, but the EY group has emerged as the market leader with 153 assignments.

According to a study of the auditors of all listed companies, Grant Thornton Bharat LLP associates have taken fourth place with 87 audits, while Deloitte associates are in third place with 141 purchasers.

The PwC associates focused on the typical MNC customers with high profitability and low-risk profiles after being very selective in including audit clients—70 listed companies.

90% of the top 500 listed firms that were on the first five-year determination level after the 2017 audit rotation stuck with their current auditor to avoid the difficulties and additional costs associated with transitions.

The shareholder conferences that approve the appointment of auditors for the fiscal years ending March 2023 and later must be completed by September 30 in accordance with Indian regulations. Due to the intense level of scrutiny that followed the IL&FS and other corporate scandals, the larger corporations have focused on strengthening and maintaining audit quality.

According to Vishesh Chandiok, CEO of Grant Thornton Bharat LLP, “Audit quality ought to be a much bigger priority for the leading firms than size alone, and I’m quite proud of where our affiliate – Walker Chandiok & Co – are on that criteria in addition to scale.”

Even during this cycle, larger auditors have been very cautious when adding clients, especially in the real estate and infrastructure sectors. According to Sudhir Soni, head of the audit at BSR & Co LLP, audit companies carefully assess client approval and other factors, including governance, risks, and industry knowledge. The industry leader, EY group, has actively added significant audits to its portfolio over the past two years.

A seasoned professional in the auditing industry claimed that SR Batliboi’s – an affiliate of EY – incorporation of data- and expertise-powered audits and monitoring document of flawless audit transitions with little disruptions provided comfort to customers. He said, “They have audited businesses that operate globally and demand a complex set of competencies.”

And if one splices FY22 information primarily based on market capitalisation of firms, as per primeinfodatase.com, KPMG associates have 18.35% share, EY associates (17.99%), Deloitte associates (17.33%) and PwC group (5.20%).

The following are some of the major wins for the firms in the most recent cycle: KPMG added Pfizer, Mahindra CIE and Novartis; Deloitte added Reliance, L&T Infotech, Hero Moto, Aurobindo and Blue Dart; EY gained Sun TV, Granules, and PVR; and PwC was chosen by Bata and Linde.

About the Big Four firms

The Big Four firms provide their customers with services in audit, assurance, taxation, management consulting, actuarial, corporate finance, and law. These four networks conduct the vast majority of audits of public companies and many audits of private companies.

The UK office of Arthur Andersen and a number of its offices in Europe, North America, and South America agreed to combine with Deloitte in 2002. In January 2013, Monitor Group, a sizable strategic consulting firm, was one of the subsequent purchases. The worldwide corporation is a private, limited-by-guarantee company based in the UK that is supported by a network of separate legal entities.

With over 415,000 experts worldwide, Deloitte provides audit, consulting, financial advising, risk advisory, tax, and legal services. The network had combined revenues of $50.2 billion in FY 2021. According to Forbes, Deloitte will be the third-largest privately owned firm in the United States by 2020. The company has supported many initiatives and occasions, like the 2012 Summer Olympics.

Internal auditing, IT control assurance, media & advertising assurance, and the organization’s customary accounting and audit services, are all provided by the company.

Investors in Guangdong Kelon Electrical Holdings Company Limited have alleged that the company’s terrible financial situation was not adequately disclosed to them. Deloitte asserts that it completed the project successfully. Global CEO of Deloitte defended the company’s performance in the Kelon case. From 2002 to 2004, the company was the auditor for a whole thirty months.

Regarding company sales, returns, and allowances, it qualified its opinion in 2004. Following the 2004 audit, the business announced its resignation from the Kelon account. Deloitte said it resigned from the account as management at the customer was not committed to best practices in finance. 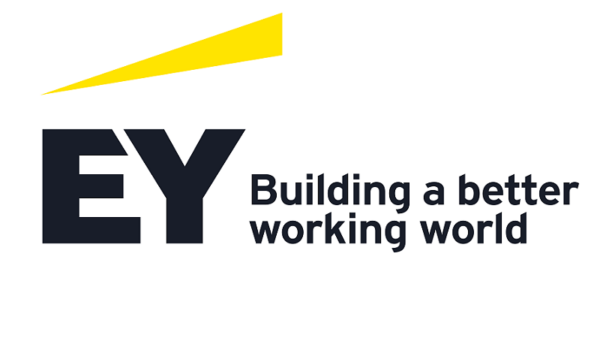 A international professional services partnership with its main office in London, England, is known by the trade name EY, or Ernst & Young Global Limited. One of the world’s largest networks for professional services is EY. It is regarded as one of the “Big Four” accounting firms, together with Deloitte, KPMG, and PricewaterhouseCoopers (PWC). Its main services to customers include assurance (which includes financial audit), tax, consulting, and advisory.

Like many of the largest accounting companies, EY has recently expanded into sectors other than accounting, such as strategy, operations, HR, technology, and financial services consulting.

With 312,250 employees spread over 700 locations in more than 150 countries, EY is a network of member companies organised as separate legal entities in a partnership. The present-day partnership of the business was formed in 1989 through the merger of Ernst & Whinney and Arthur Young & Co. Although this prefix had been used informally prior to being adopted legally, Ernst & Young was the name used until a branding initiative changed it to EY in 2013.

EY ranked as the seventh-largest privately owned company in the US in 2019.

One of the Big 4 accounting firms is the international professional services network KPMG International Limited.

KPMG, a network of companies in 145 countries with over 236,000 workers, has its headquarters in Amstelveen, the Netherlands, even though it was founded in London, England. It offers three lines of services: financial audit, tax, and advising.

It categorises its tax and advising services into different service groups. The firm’s global network of affiliates has been embroiled in legal proceedings and regulatory measures during the past ten years.

KPMG, or Klynveld Peat Marwick Goerdeler, is the name of the company. When KMG (Klynveld Main Goerdeler) and Peat Marwick merged in 1987, the initialism was chosen.

KPMG member firm audit experts hold the opinion that independent auditors play a crucial role by acting as a reliable middleman between those who give business information and those who use it. They think a major shift is about to occur for independent auditors as a result of the recent economic crises and scandals. KPMG is responding to stakeholder demands for greater transparency by altering how they conduct business, being proactive in listening to their stakeholders, embracing data analytics, and implementing new processes that help them make haudit more pertinent and keep the bar for quality higher.

Innovation is not typically a concept connected to audit. However, it is the cornerstone of KPMG strategy for addressing the enormous opportunities and problems they as auditors confront. Recognizing their obligation as auditors to society and the capital markets is central to their mission. The organisations work with value innovations that improve audit quality, like the way they applied LEAN principles to the audit.

Maintaining investor confidence requires thorough, independent audits of financial statements. The public interest is a priority for KPMG Audit experts at all of the company’s member businesses. These seasoned professionals aim to question presumptions and uncover insightful data by thoroughly comprehending the operations and market of an organisation and by using cutting-edge audit methodologies and techniques.

Through the integration of technology and data analytics across the audit lifecycle, PwC’s approach combines the flexibility of resources with the expertise needed to deliver pertinent and focused services in the areas of internal audit, compliance, internal controls, and risk management.

PwC provides internal audit outsourcing solutions that boost your organization’s commercial and financial value. Utilizing a unique “hub-and-spoke” approach, outsourcing services are provided in an effort to provide your organisation with the best internal audit solutions available. Their team can provide pertinent insights, expertise, and assurance that are in line with your strategic needs because they are equipped with cutting-edge technology and creative techniques.

By giving access to a wide range of talents, subject matter experience, and specialised insights, PwC co-sourcing teams play a crucial role in elevating your in-house team. Their co-sourcing services give the internal team more assurance regarding the dangers that really matter. Through ongoing knowledge transfer, co-sourcing subtly aids you in maximising the potential of your in-house team.

PwC provides strategic sourcing solutions to improve risk management capabilities in a few risk categories that have been identified by management, including root cause analysis, cost control, revenue assurance, and information systems risk management. PwC collaborates with you to create programmes that are specially crafted to offer you the best answer. Strategic sourcing will support you in deploying their experienced resources for urgent, non-standard and business critical tasks.

Many organisations turn to PwC to deputise internal audit staff while they look for a suitable replacement when they are temporarily short on resources in the internal audit and risk management functions. Staff augmentation entails the temporary assignment of highly qualified PwC professionals to carry out your duties for a predetermined amount of time without making any long-term commitments.

Carvana a used car dealer in US dismisses 1,500 workers