Cryptocurrencies in India – what’s in store for the future

Real estate, gold, bank savings, and stocks have been the only assets available for decades.

A new investing asset class has caught everyone’s attention in recent years: cryptocurrencies, This new type of asset has been providing strong returns to its investors, and it promises to destabilize the dominant tech environment, so everyone wants a piece of the action. The overall value of the global crypto market has surpassed $ 2.12 trillion, with daily worldwide trading volume exceeding $100 billion. However, before you decide to go in, you need to have a deeper understanding of this investment option.

The majority of cryptocurrencies are supported by a technology known as ‘Blockchain,’ which has been termed the most important breakthrough in recent years.

Blockchain aids cryptocurrencies in two ways: it keeps track of all a cryptocurrency’s transactions (called a ledger) and it assists in “minting” more of that cryptocurrency using established mathematical principles. While this appears to be a simple operation, blockchain allows us to perform both without the need for a trusted middleman. This implies there is no central bank creating these cryptocurrencies or guaranteeing your transactions; everything is done on a digital ledger!

Whether you believe in technology or not, it has become a worldwide phenomenon in the last decade. Let’s look at how this technology has influenced the Indian economy, as well as what the future holds for cryptocurrencies. 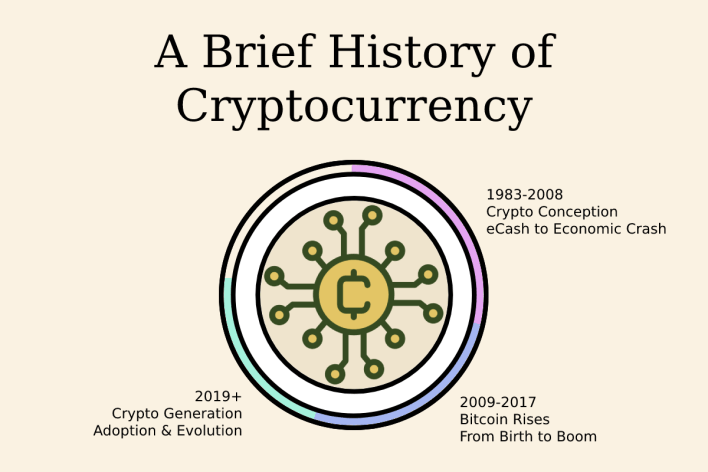 Bitcoin, the first cryptocurrency to appear in India, was introduced in 2009. The first business transaction was made in 2010, and the first cryptocurrency exchange was established in 2013. Over the last several years, it has gained a large following and interest in India. According to industry estimates, India has 15 to 20 million cryptocurrency investors, with total crypto assets of roughly Rs 41 thousand crores ($5.37 billion).

This rising popularity has been linked to several causes, including India’s position as the world leader in internet penetration, the country’s expanding digital economy, and the country’s computer-savvy millennials, who provide the ideal customer demographic for cryptocurrencies.

In recent years, several blockchain-based games have appeared. These games allow players from tier 2 and 3 cities to earn thousands of rupees every month just by playing them and obtaining rare things. Huge transaction volumes on peer-to-peer (P2P) systems are also contributing to the rise of cryptocurrencies. They can also be transmitted across borders without the involvement of any third parties. Needless to say, most people consider them as a viable alternative to traditional investment options such as stock exchanges and mutual funds, with the potential for future growth. 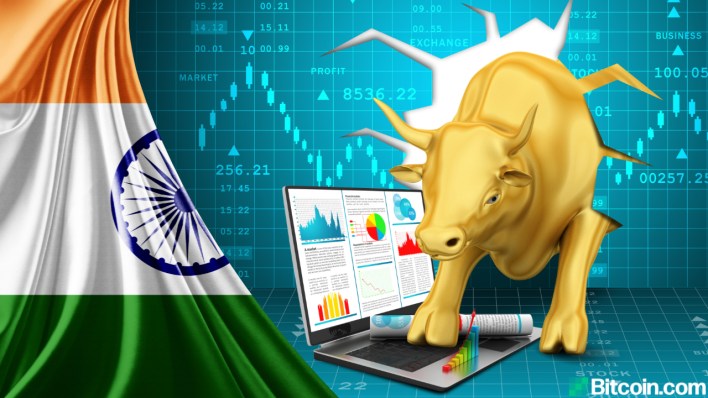 In the bitcoin sector, India has been extremely active. According to numerous studies, India has the biggest number of cryptocurrency owners and the second-highest adoption rate. With over 15 million retail investors, more than 60% of Indian states are becoming CryptoTech adopters. Furthermore, the country has a significant institutional presence, with almost 230 start-ups in this field, offering lots of development potential and chances.

Even from a global perspective, the Indian IT industry is bustling with eager entrepreneurs and a top-tier talent pool. India is well-positioned to be a worldwide leader in this field if the ecosystem continues to expand in the same way as it has in recent years.

For cryptocurrencies to acquire traction and acceptability, institutions and regulators must work together to educate the general public about the benefits they may provide to our society. Many institutions, thankfully, have already taken on this role and are making significant progress.

What is the government doing about cryptocurrency regulation? In India, the government is regulating cryptocurrencies with caution but determination. The Reserve Bank of India (RBI) has issued cautions about the dangers of virtual currencies and advised consumers to be cautious before investing in them. The government, on the other hand, understands the potential benefits of cryptocurrencies to the country’s economy.

The finance minister has also created the ‘Digital Rupee,’ which is based on blockchain technology and aims to reduce the country’s reliance on the currency.

The government announced intentions to develop a digital currency while simultaneously imposing 30% taxes on virtual assets, which, while substantial, pave the way for cryptocurrencies to be recognized as an asset class.

What are Cryptocurrency’s Future Opportunities? In India, cryptocurrencies are slowly but steadily gaining traction. Millennials from tier 2 and tier 3 cities are embracing cryptocurrency. Women’s engagement in crypto trading has increased by over 1000 per cent in recent years, even though men have dominated this field. 66 per cent of all users are under the age of 35, indicating that crypto adoption is stronger among the country’s youth.

Because of their suspicion of banks and financial institutions, the thrill of volatility, and the availability of digital technologies and digital sources of information, Gen Z and millennials are huge investors in this field and will continue to be. P2P networks have aided in the widespread acceptance of cryptocurrencies among the younger generation. The growing acceptance of cryptocurrencies by the general public will propel future penetration into more specialised demographics.

Even though rules are still unclear, the government has shown signals of realizing the potential of cryptocurrencies. Crypto appears to be the way of the future.

Is it safe to put billions of dollars worth of transactions in the hands of this technology?

The foreign policy of India: Balancing moral concerns and realpolitik