The Silicon Valley hiring boom that was sparked by the pandemic and enabled the tech firms to outgrow their means has backfired, forcing some businesses to lay off large numbers of employees.

Amazon laid off 10,000 employees, Meta eliminated 11,000 positions, and Twitter fired 3,750 staff members in the past month alone. Big Tech firms, including the historically reliable Apple, have frozen hiring and closed their doors indefinitely amid concerns about a recession and excessive inflation, leaving their staff fearful for their futures.

But if workers look to other areas, there are plenty of high-paying IT employment, according to recent research. Tech workers are in particularly high demand across a range of industries, including insurance, healthcare, retail, government, and finance, according to recruiters and other experts interviewed.

The benefit of being laid off in a competitive job market is that you realise your value, according to Julia Pollak, chief economist of ZipRecruiter.

When compared to the same period last year, job posts for tech-focused positions increased by 25%, according to research from the tech careers website Dice. In the top 100 employers of tech talent at the time, non-tech industries including healthcare, consulting, defence, and banking made up almost 60% of the list.

The CEO of the IT recruiting firm The Hired Guns in New York City, Allison Hemming, claims that many job seekers share that passion. As a recruiter, I often ask potential candidates, “What are your dream companies?” It was challenging to free individuals from Google, Amazon, and Meta since they had been the same for years.

Working with technology involves a great deal of problem-solving, coming up with novel ideas, and applying innovations. According to Art Zeile, CEO of Dice, those skills and knowledge are essential to the work that engineers, data scientists, and product managers do in a range of businesses.

Although lavish benefits like on-site laundry and eye-popping salary packages inflated with stock options may not be as widespread in sectors outside of tech, the market is changing, and with it, employee preferences.

However, Hemming noted, “a little employment stability and security may go a long way and candidates are open to new options in this economic turbulence that we’re in.”

“Every company is now a tech company,” has become a common saying in business during the past ten years or more. According to Zeile, the CEO of Dice, virtually every industry has embraced technology because “that’s the way we live.” The rise of internet commerce, the utilisation of cloud computing, and the demand for mobile apps are all to blame for this.

You order coffee online, he said. “Technological developments like healthcare, online banking, and other fields are creating chances for technologists to excel.”

As you might anticipate, the conventional tech sector continues to be where most tech workers are employed. Tim Herbert, the chief research officer at the tech industry group CompTIA, claims that the public sector isn’t far behind when local, state, and federal government employees are taken into account.

As hot fields for tech professionals, he also mentioned banking, insurance, manufacturing, and information. According to Pollak of ZipRecruiter, “some tech workers are being pushed to seek opportunities outside” the usual suspects for the first time as a result of the turmoil in Big Tech. And they’re learning they have many options since the battle for employees is so fierce. 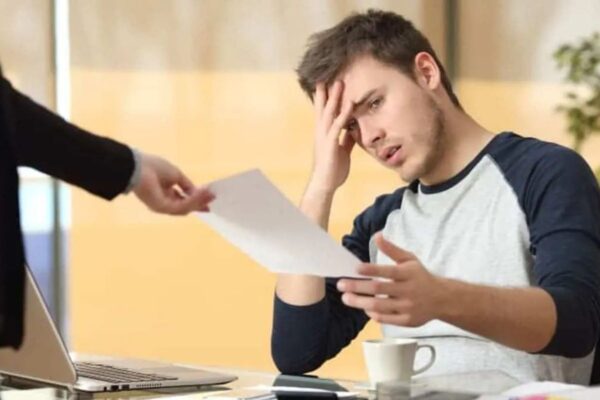 The sooner they locate new employment, the better for tech workers.

A study from Revelio Labs, a company that provides employee analytics, also uncovered a secret benefit of layoffs. According to its data, more than half of the workers who were laid off this year found a new job within three months, and nearly three-fourths of them did so at a higher salary.

According to Ryan Sutton, a technical talent leader at Robert Half, determining worth is a two-way street. He claimed that a slowing economy was the worst moment for a hiring freeze because it created the ideal environment for businesses to level up the quality of staff, potentially letting go of subpar employees and providing the opportunity to “upgrade that seat.”

Because business is so fast-paced during an upturn, it’s not always possible to access the top talent, according to Sutton. “A smart corporation is aiming to build their bench in this current economic cycle,”

Since those laid off near the end of the year prefer to put off obtaining new employment until after the holidays, Sutton of Robert Half recommended haste to anyone who had lost their job.

Waiting is pointless, according to Sutton. “There will be fewer competitors bid for that position if you’re on the job today than there will be in 30, 45, or 60 days.”

The Hired Guns recruiter Hemming has some suggestions on how laid-off computer workers might position themselves for these positions. Consider your playbooks and how they relate to Fortune 2000 firms, she advised. In other words, consider your thoughts and experiences and consider how you may apply that knowledge to a different industry.

Maybe you contributed to the development of a data strategy, built a cybersecurity system, or authored the code for a piece of digital software. If you can show how you’ll convey your knowledge and abilities, that’s a persuasive proposal, she said.

Spread of COVID-19 can be slowed down by Artificial Intelligence