Earlier this month, a court-appointed commission headed by a prominent retired judge offered statistical evidence for the first time of what has long been known in Meghalaya: that despite a total prohibition enacted in 2014, illicit rat-hole coal mining thrives in the northeastern hill state. The committee’s findings support a long-standing claim made by activists and observers that many court judgments extending the window for transporting coal produced before the prohibition took effect had opened the way to further illegal mining. 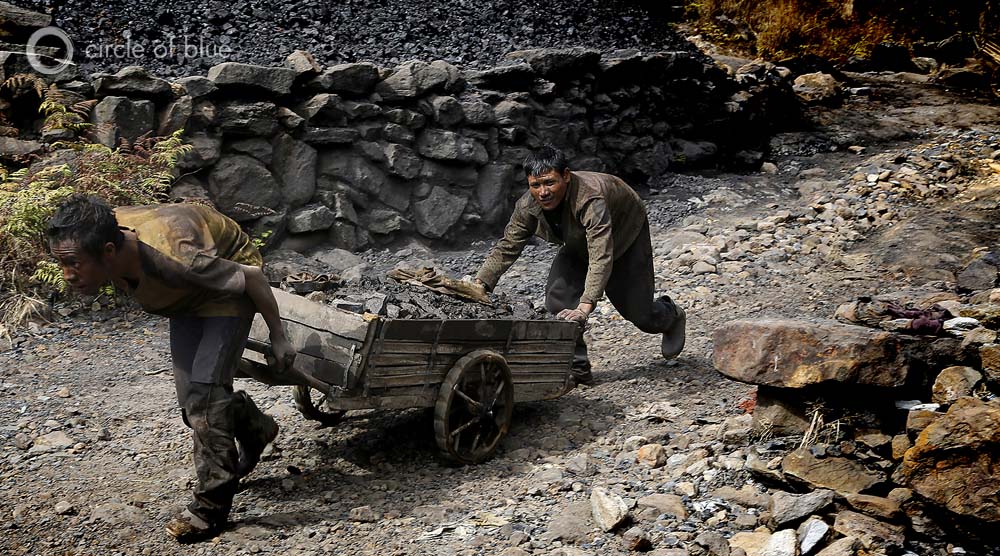 The state authorities overstated the amount of coal extracted before the ban by over 70%, or 13 lakh metric tons, according to an inventorying exercise that served as the foundation of the most recent report written by a committee led by a retired judge of the Gauhati High Court, Brojendra Prasad Katakey.

The Meghalaya High Court stated that the most recent discoveries made it “apparent” that “13 lakh MT of coal was unlawfully mined, transferred, and discovered,” which even the state sought to clear off as coal mined before the imposition of the ban. The court established the committee in April to help enforce the state’s coal mining ban.

In addition, the court noted that “unquestionably” more coal, in addition to” this 13 lakh metric tonnes, have been illegally extracted after the ruling. The inquiry, according to the court, showed that illegal coal mining continued in Meghalaya, perhaps with “official assistance and even encouragement.” He said that he uncovered “evidence of recent mining” while doing this inventory. He said that illegally mined coal was being transported to Bangladesh or other Indian states via Assam. “I have evidence that illegally harvested coal was sent to Bangladesh,” boasted Katakey.

The National Green Tribunal prohibited rat-hole coal mining in Meghalaya in 2014 because it was risky and unreliable. The rathole method involves excavating tiny vertical holes to access the mineral, which is sometimes risky for the miners. However, the green tribunal permitted the shipment of coal that had already been mined until 2017. Since then, the state’s coal miners have received further leniency from the Supreme Court, which now permits sporadic extensions of the transportation deadline.

However, a lot of people in Meghalaya thought that this exception had rendered the mining ban ineffective. They said that it allowed miners to remove and convey newly mined coal illegally under the cover of moving old coal. These worries came true in December 2018 when a coal mine in the Ksan hamlet of the East Jaintia Hills area suddenly flooded, trapping 13 people inside who died as a result. 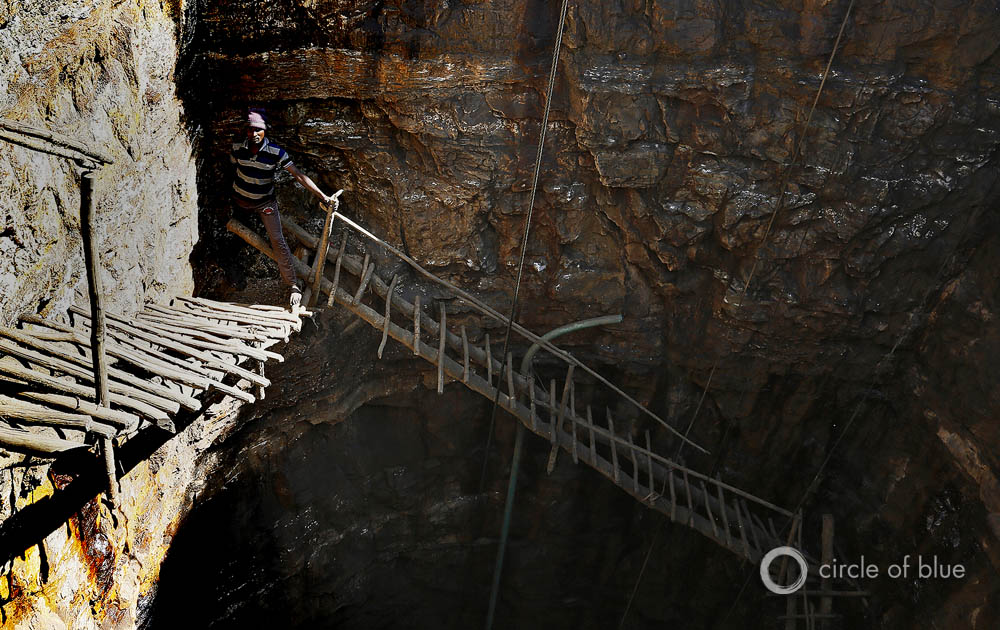 The Meghalaya High Court hired Kakatey in April to speed up the shipment of the coal that had already been mined. The state government and Coal India Limited were shifting the blame, the court remarked, and the inventorying of the coal was at the center of this. This had never been done in its entirety before. The Meghalaya government was ordered by the court to submit a quantitative evaluation within a week in August.

The state provided the information the next month. The entire quantity of coal mined before the 2014 prohibition, according to Chief Secretary DP Wahlang, was 32.56 lakh metric tonnes. However, Katakey’s reevaluation revealed that the number was substantially lower. In his report, which was provided by the Chief Secretary, Katekey claimed that “19,54,258.816 MT of inventoried coal mined before installation of the ban is detected during re-verification/re-assessment and not 32,56,715 MT as indicated in the report presented by the Chief Secretary.”

The court agreed with Katakey’s finding in its ruling, noting that the state was “continuing to play fast and loose with the court” and that the extra coal recorded by the state “must have been unlawfully moved out of the state Meghalaya.”

This merely serves to validate what many Meghalayans have long said. A pastor and member of the civil society group Thma U Rangli Juki Kyrsoibor Pyrtuh expressed his puzzlement over the fact that coal extracted before the prohibition has still not run out, even after eight years. Perth, who plans to run as an independent in the 2018 elections, claimed that the latest research exposed the “bureaucrat-business and political nexus.” He said, “This is not simply lawlessness; this is a crime done by people in authority.”

Illegal coal mining in Meghalaya continues despite many court decisions.

In a judgment against the state government, the Meghalaya High Court stated that despite several rulings from the Supreme Court, National Green Tribunal (NGT), and High Court, illegal coal mining persists in the state, possibly with “state participation and even encouragement.” In a harsh statement directed at the state government on Wednesday, the full High Court bench, which is made up of Chief Justice Sanjib Banerjee and Justices H.S. Thangkhiew and W. Diengdoh, claimed that illegal mining had persisted despite numerous orders the court had issued as a result of the ban imposed by the NGT and upheld by the Supreme Court. The court stated that a rule of contempt should be issued against the Superintendent of Police, East Jaintia Hills district, based on the report of December 3 submitted by the Deputy Commissioner of the district because prior orders of this court had stated that the concerned Superintendent of Police would be held in contempt if illegal mining or transportation of illegally mined coal was discovered within his jurisdiction.

The most recent study provided by retired Justice B.P. Katakey states that there was 19,54,258 M.T. of accessible coal total before the ban was put in place. This is based on more verification. The ninth interim report was just presented by Justice Katakey, who was designated to carry out the Supreme Court’s and NGT’s directives.

A large number of coke oven plants and ferroalloy plants are operating in the state, according to information provided by the Secretary of the Mining and Geology Department, but only a small number of them have been granted both permission to establish and permission to operate by the Meghalaya State Pollution Control Board. The court ordered the Secretary of the Mining and Geology Department to identify the source of coal, and the Chief Secretary would be responsible in this regard, noting that aside from the fact that ferroalloy plants are operating without the proper authorization, the state has not identified or reported on the source of coal at these plants. The Krem Lait Prah cave, which is located in Shnongriam, has recently been threatened by efforts at illicit coal mining, according to a report provided by the Deputy Commissioner of the East Jaintia Hills region on December 3.

According to the Deputy Commissioner’s report, the competent magistrate has been instructed to carry out routine inspections and issue prohibitory orders in accordance with Section 144 of the CrPc. For the transportation and sale of the already mined coal, everything should go as planned. The remaining 32,56,715 metric tonnes of coal must also be auctioned off in accordance with the Chief Secretary’s report from September 20 since it was mined illegally.

The court ruled that the transportation and sale of the already mined coal should follow Justice Katakey’s instructions and that the drone filming and photography should be finished without undue delay. According to the HC, Justice Katakey would supervise the transportation and sale of even that small amount of coal as well as any more amounts that the state would confiscate as a result of the ongoing unlawful mining. The NGT prohibited the dangerous and indiscriminate rat-hole coal mining in Meghalaya in April 2014. Many miners were killed after becoming trapped in illegal and dangerous mines; five perished in May and June of last year, but only three corpses were found despite frantic attempts for more than 27 days in the East Jaintia Hills area. 15 Assamese migrant miners perished in an abandoned coal mine in December 2018 in a tragic incident that occurred in the same district.

Cause Of Worry- Unemployment Rate In India Crosses 9% In December, The Highest Since Pandemic;