A Paytm spokesperson, commenting on the matter, said the action was linked to the same matter where the agency had undertaken searches earlier this month. The spokesperson added that, as mentioned earlier, the Enforcement Directorate (ED) continued to seek information from various payment service providers about certain merchants, and they had shared the required information. The search operation by the Enforcement Directorate (ED) came less than two weeks after raids were conducted at the Bengaluru premises of online payment aggregators.

The search operation by the Enforcement Directorate (ED) came less than two weeks after raids were conducted at the Bengaluru premises of online payment aggregators such as Paytm, Razorpay, and Cashfree Payments.

As per sources, the raid was carried out in connection with an ongoing money laundering probe. Agencies have reported alleged financial irregularities by instant app-based loan companies controlled by Chinese nationals. Some companies engaged in these loan app transactions, premises linked to certain payment gateway operators, and operators in around three states are being searched.

Meanwhile, PayU premises were also being searched, but the firm as well as the Enforcement Directorate (ED) did not immediately respond to Reuters’ request for comment.

It may be mentioned here that earlier this month, the Enforcement Directorate conducted raids at online payment gateways like Razorpay, Cashfree, and Paytm at their Bengaluru premises. The search operation was conducted as part of an ongoing probe against unlawful instant smartphone-based loans controlled by Chinese nationals.

The three companies, in response to the raid, said that they were cooperating with the federal agency. The Paytm spokesperson insisted that the company was supportive of law enforcement agencies that were investigating a specific set of merchants.

Cashfree Payments, on the other hand, said their operations and onboarding processes adhere to the Prevention of Money Laundering (PMLA) and Know Your Customer (KYC) directions and are committed to continuing to do so.

The Enforcement Directorate (ED), in a statement, said that the raids were conducted in Karnataka’s capital city on six premises.

The Enforcement Directorate (ED), then, in a statement issued on September 3, informed that during the search, it seized an estimated amount of Rs 17 crore worth of funds kept in bank accounts and merchant IDs of these Chinese person-controlled entities.

The ED said that the case is based on 18 FIRs registered by Bengaluru’s Cyber Crime Police Station. These cases were registered against numerous entities involved in harassment and extortion of the public who had availed of loans in small amounts through mobile applications.

The ED stated that these entities under investigation were not operating out of the registered addresses listed on the Ministry of Corporate Affairs website and were generating proceeds of crime through various merchant ID accounts held with payment gateway banks. 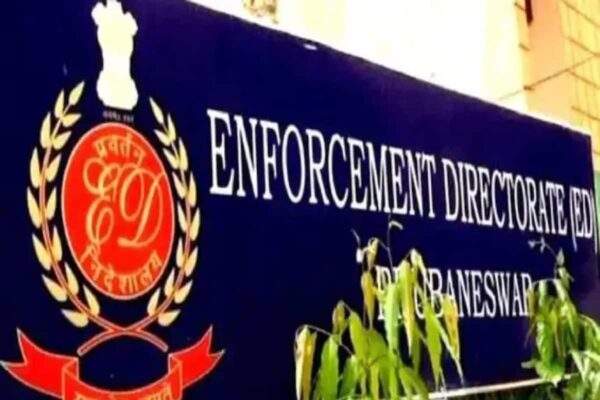 The Enforcement Directorate claimed that the “modus operandi” of these organizations was the employment of fraudulent documents by Indians to turn them into dummy directors and produce “proceeds of crime.”

The ED added that these entities are operated by Chinese people, and these entities were involved in illegal business through various merchant accounts held with payment gateways, which have come to notice.

The government last week asked the Ministry of Electronics and Information Technology (MeitY) the Reserve Bank of India (RBI) to create a list of legal applications and to ensure only these white-listed applications are hosted on application stores.

Besides, it was also decided at a high-level meeting in the finance ministry that the Reserve Bank of India will monitor mule or rented accounts that may be used for money laundering. The RBI will also further cancel or review dormant non-bank financial institutions (NBFCs) to avoid their misuse.