Ethical hacking is a way to find flaws in an application, system, or organization’s infrastructure that an attacker could use to hurt someone or something. They use this method to stop cyberattacks and security breaches by lawfully hacking into the systems and looking for places to get in and get things out of them.

An ethical hacker followed a malicious attacker’s steps and thought process to gain Access and test the organization’s strategies and network. This is how they do it. 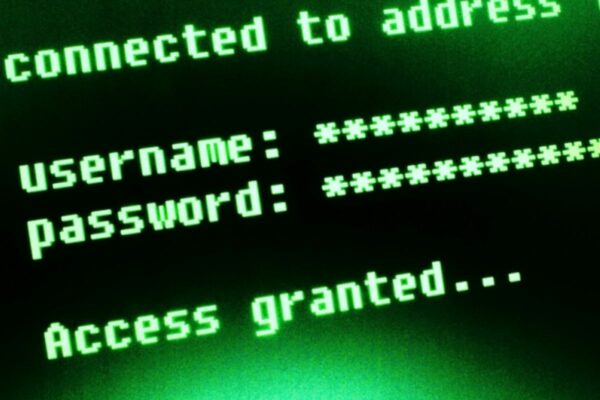 When someone hacks into a network or computer system, they follow the same five-step process. The first step in ethical hacking is to look for ways to get into the system, exploit flaws, keep Access to the system steady, and then wipe one’s trail.

In ethical hacking, there are five stages:

1. Reconnaissance
The first step in the ethical hacking method is called reconnaissance, also called the footprint or information gathering phase of the process. The goal of this phase is to get as much information as possible. Before launching an attack, the attacker gets all the information he needs about the target.

Reconnaissance is a very important part of ethical hacking. It helps you determine which attacks can be made and how likely it is that those attacks will hack the organization’s systems.

Using this method, you can get data from places like:

Passive: The second method of footprinting is to get information about a target without ever having to touch them. Attackers or ethical hackers can get the report from social media accounts, public websites, and more.

2. Scanning
A hacker’s second step is to scan for ways to get the target’s information, which is the second part of the hacking process. They look for user names, passwords, IP addresses, and more. In this step of ethical hacking, you look for ways to quickly and easily get into the network and look for information.

It takes a lot of different types of tools to scan data and records in the scanning phase, including dialers, port scanners, network mappers, sweepers, and vulnerability scanners. There are four different ways to scan for malware during the ethical hacking method.

During vulnerability scanning, a person looks for weaknesses and vulnerabilities in a target and then looks for ways to exploit those weaknesses. It is done with the help of automated tools like Netsparker, OpenVAS, Nmap, and more.

Use port scanners, dialers, and other data-gathering tools and software to listen for open TCP and UDP ports, running services, and live systems on the host you want to check. These people, called penetration testers or attackers, use this scanning to look for places where they can get into an organization’s systems.

Use this practice to find out what devices are on a network and how to get into a network. It could be an organizational network where all employee systems are connected to a single network, like in a company. Use network scanning to make a company’s network more secure by finding flaws and opening doors.

3. Gaining access
A hacker moves on to the next step of hacking when he or she tries to get into the target’s systems, applications, or networks by using any means possible. An attacker can use many tools and methods to get into and get into a computer or other type of machine.

Ethical hackers or penetration testers can secure possible entry points, ensure all systems and applications are password-protected and protect the network with a firewall. They can send fake social engineering emails to the employees and figure out which one is most likely to get hacked by cybercriminals.

4. Maintaining Access:
An attacker can get into the system as soon as they have the keys to its target’s computer, and they do everything they can to keep that Access. In this stage, the hacker keeps trying to get into the system, runs DDoS attacks, or steals the entire database.

A backdoor and a Trojan are two tools that can get into a computer that isn’t safe and steal important information. During this phase, the attacker keeps their unauthorized Access until they are done with their bad work, and the user doesn’t know about it.

They can use this phase to scan the company’s entire infrastructure and find malicious activities and their source so that the systems can’t be hacked or used.

The last phase of ethical hacking asks hackers to ensure they don’t get caught because no one wants to be caught by the law. This step makes sure that the attackers leave no evidence or clues that could be traced back to them, so they can’t be caught.

Ethical hackers need to stay connected to the system without being found out by the incident response or forensics teams, so this is very important. It includes changing, deleting, or corrupting logs or registry keys.

This isn’t the only thing the attacker does. They also delete or uninstall folders, applications, and software or ensure that the changed files can be found and returned to their original value.

Use these methods to get rid of your tracks in ethical hacking:

It is ethical to hack a computer or network to determine whether any dangers are lurking within. The terms “penetration testing,” “intrusion testing,” and “red teaming” are all used to describe the practice of ethical hacking.

Finding and exploiting security flaws to obtain access to a computer system for illicit purposes such as data theft and privacy violation is known as “hacking.” A hacker who engages in hacking activities is an “Ethical hacker.”

An ethical hacker is a security expert who employs hacking talents only for defensive causes. Ethical hackers utilize their expertise to uncover and record security flaws and recommend methods to fix them.

Penetration testing by ethical hackers is required for companies that offer online services or those linked to the internet. Ethical hacking sometimes goes by the term penetration testing. Manually or via an automated programme, it may be done.

Ethical hackers are professionals in the field of information security. Attacks against a computer system, network or application are attempted by these criminals, and they discover the weaknesses and then provide advice or recommendations on improving the security.

The following are a few hacking certifications: 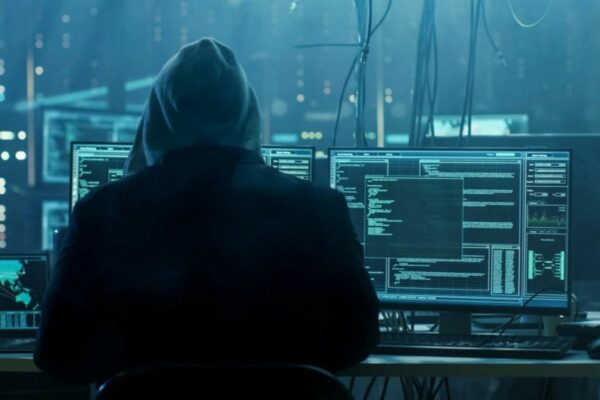 Over 4500 online application vulnerabilities, including all SQL Injection and XSS variations, are detected and reported on by Acunetix, an ethical hacking tool that is automated.

Authenticated apps may be audited using the Acunetix crawler since it supports HTML5, JavaScript, and Single-page applications.

Incorporating cutting-edge Vulnerability Management elements into its core, it prioritizes risks based on data and integrates the scanner’s findings into other tools and platforms.

With Netsparker, an ethical hacker may detect vulnerabilities in online applications and web APIs such as SQL Injection and Cross-site Scripting.

It is unnecessary to spend many hours after a scan has been completed manually confirming the detected vulnerabilities since Netsparker checks each one uniquely, showing that they are genuine and not false positives. Software and internet service are both options for this product’s use.

An intruder is a wholly automated scanner that identifies and remediates cyber security vulnerabilities in your digital estate. Ethical hacking tools like these are a must-have addition to your arsenal.

Enterprise-level vulnerability scanning is now accessible to enterprises of all sizes thanks to Intruder’s 9,000 security tests. Misconfigurations, missing updates, and typical web application problems like SQL injection and cross-site scripting are all part of its security assessments.

An intruder is a vulnerability management tool designed by seasoned security experts to free you to concentrate on the things that matter most. You don’t have to worry about it since it prioritizes results based on context and scans your systems for the newest vulnerabilities. Slack, Jira, and major cloud providers are all supported by Intruder.

Nmap is a port scanner, a security scanner, and a network exploration tool. It’s free to download and use since it’s open-source software.

It’s cross-platform compatible. Network inventory, service upgrade schedules, and monitoring host and service uptime are used for this tool. It’s suitable for both small networks and big ones. In addition, it offers binary distributions for Windows, Linux, and OS X.

Using raw IP Packets, When it comes to determining:

Speciality: A network scanner’s dream come true! It’s simple to use, and it’s quick, too.

Availability: Metasploit Framework is a free, open-source programme. You’ll need to pay for Metasploit Pro to use it, and it’s possible to get a 14-day free trial. For more information about prices, get in touch with the business.

Pen testing software may be found here. Metasploit allows you to write and exploit code against a remote computer. It’s cross-platform compatible.

Aircrack-ng: There is no charge for this service. Aircrack-ng provides tools for assessing Wi-Fi security.

Speciality: The best controller for any wireless network interface.

Wireshark: There is no charge for this service.

Many protocols may be inspected using Wireshark’s packet analyzer. It’s cross-platform compatible. The output may be exported to XML, PostScript, CSV, and Plaintext file formats. To speed up analysis, it can apply colour rules to packet lists. This picture shows how packets are captured.

Speciality: Optimal for decoding and analyzing packets of data.

Unauthenticated and authenticated testing and speed tweaking for large-scale scans are all features of OpenVAS Open Vulnerability Assessment Scanner.

It has a strong internal programming language and a variety of high- and low-level internet and industrial protocols. The scanner can run vulnerability testing because of the scanner’s extensive history of upgrades and updates on an ongoing basis.

It’s free software with a strong detecting engine. It is compatible with various databases, including MySQL, Oracle, and PostgreSQL. Stack queries, out-of-band queries, error-based, UNION queries and the boolean blind are all supported by this SQL injection tool.

SQLMap can run any command and get its expected output, download and upload any file, search for particular database names, and more. Connecting to the database will be easier using this tool.

Using NetStumbler is a way to discover wireless networks. It is compatible with Windows. LAN 802.11b, 802.11a, and g are all used to identify wireless LANs. MiniStumbler is a smaller program version for portable Windows CE operating systems, and it has GPS support built-in.

Network setups can be verified, places with poor WLAN coverage may be found, wireless interference can be found, and illegitimate access points can be found using the NetStumbler tool. 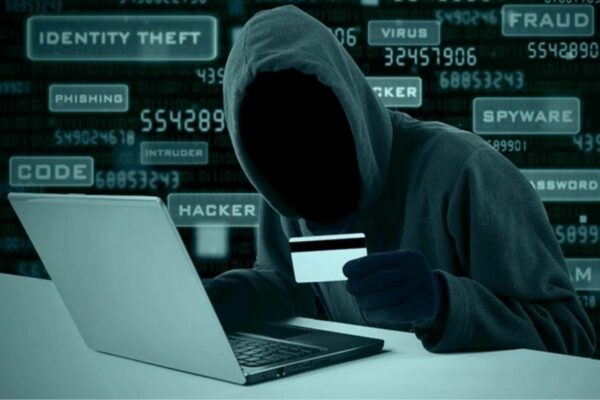 Companies hire ethical hackers to uncover and repair security flaws in their networks and computer systems. Certified Network Defense Architect is another credential offered by the EC-Council (CNDA). By DOD Directive 8570.01-M, this certification is exclusively accessible to employees of certain US government agencies, including some commercial government contractors. An ANSI-accredited training facility and a GCHQ-approved training facility (GCT).

Ethical hackers are specialists in the area of information security who adhere to strict ethical guidelines. Designed by seasoned security experts, Ethical Hacking (White Hat) Intruder is a vulnerability management tool that allows you to focus on the things that really matter instead of worrying about the rest.

Nmap is a network exploration programme that may be used as a port scanner, a security scanner, or both. Metasploit is a tool that lets you create code and run it against a remote machine. iarcrack can breach WPA2-PSK or other security vulnerabilities by cracking WEP keys using FMS, PTW, and dictionary attacks, as well as other methods. Netstumbler is a tool that allows you to explore new wireless networks.