With India’s Union Health Minister Mansukh Mandaviya stating that it was crucial to assess the operational readiness of equipment and human resources, many hospitals across the nation performed mock drills on Tuesday to assess how ready health institutions were to handle any surge in COVID-19 cases.

While health ministers in each state evaluated the drill, Mandaviya oversaw it at the Safdarjung Hospital operated by the Centre. To be extra cautious after a surge in infections in China and other nations, the Center has asked states and union territories to carry out the drill.

According to officials, the mock exercise concentrated on factors such as the capacity of isolation beds, oxygen-supported beds, ICU beds, and ventilator-supported beds, as well as the best possible availability of doctors, nurses, paramedics, AYUSH practitioners, and other front-line staff members, such as ASHA and Anganwadi workers.

According to Mandaviya, the simulation was required to assess the level of readiness at our facilities. The number of Covid cases is increasing globally, and India may see a rise in instances as well. As a result, he said, it’s critical that all aspects of the Covid infrastructure—including the tools, procedures, and personnel—be in a condition of operational readiness. 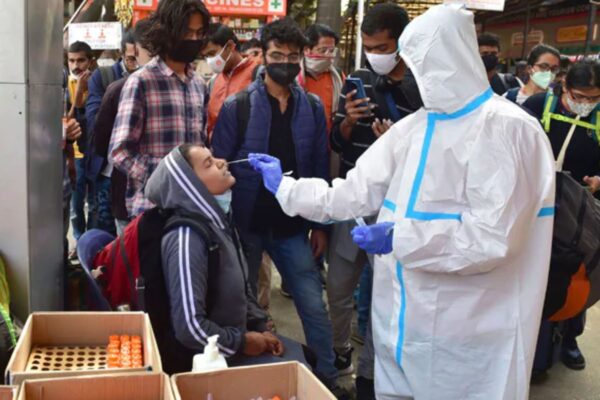 Mandaviya noted that both government and commercial hospitals are conducting mock exercises and stressed the importance of clinical preparation in hospitals. He advised everyone to adhere to Covid Appropriate Behaviour and warned against complacency. Additionally, he urged everyone to be well-prepared and to avoid spreading untrue information.

The number of COVID-19 cases in India increased by 157 in a single day, although the number of active cases of the illness slightly fell to 3,421. The LNJP Hospital and other government-run facilities in the nation’s capital hosted the drill. Later in the day, some private hospitals are anticipated to start exercising.

Around noon, Deputy Chief Minister Manish Sisodia, who is also in charge of the health department, went to the government-run Lok Nayak Jai Prakash Narayan (LNJP) Hospital in Delhi to evaluate the drill.

“The Delhi government is equipped to handle any emergency. There are 2,000 beds at LNJP, and 450 of them are designated for COVID-19. If a need arises, we can commit all 2,000 beds to COVID-19; in addition, we can enhance this number by using nearby banquet halls and adding 500 more beds, so there would never be a shortage “At the hospital, Sisodia spoke to media.

The new BF.7 substrain of the coronavirus, which is causing a spike in illnesses in other countries, is identical to earlier versions, according to primary data, the deputy chief minister said in a plea for people not to worry.

“Here, five PSA plants have been put in place, ten-folding the amount of oxygen that was before available. Ventilators are likewise available. The care of patients and their transfer to the specified place in five minutes were demonstrated during today’s mock drill “Added he.

According to a representative, COVID-19 testing in the city will probably soon be intensified. In the city right now, somewhere between 2,500 and 3,000 tests are performed every day.

Over 2,007,000 Covid cases and 26,521 fatalities have been reported in Delhi since the pandemic began in early 2020. According to official data, since mid-November, the number of daily cases has stayed around 20, and the positive rate has remained below 1%. 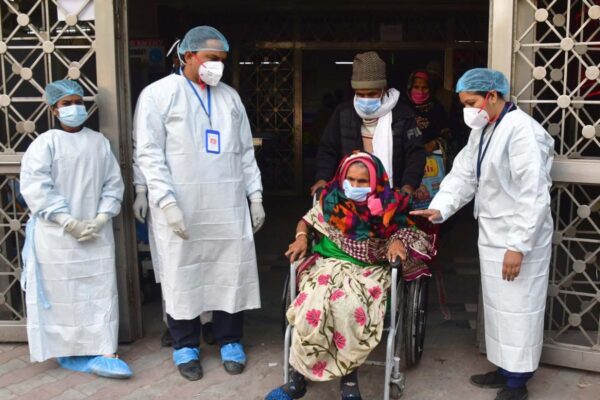 The medical director of Safdarjung Hospital, Dr B. L. Sherwal, stated: “The Covid centre will screen, evaluate, and test every symptomatic patient there. Following the release of the report, a decision about admission or discharge must be made within one to two hours. The patient may be watched until then. There is oxygen available in every bed.”

The samples of four international travellers from Myanmar who tested positive for Covid at the Delhi airport have been sent for genome sequencing and they are being treated at the Safdarjung Hospital.

“They exhibited no symptoms. Once the test is negative, they will be released “Educated by Dr Sherwal. To assess the hospital’s readiness for any situation, Uttar Pradesh’s Deputy Chief Minister Brajesh Pathak visited one in Lucknow.

Two COVID-19 instances among people who had just returned from abroad were reported in the Uttar Pradesh districts of Unnao and Agra. All Covid hospitals in the state are participating in a simulated drill to assess their readiness. I examined the ventilators, oxygen flow, and Covid management (facilities) at Lucknow’s Balrampur Hospital.

The operation is flawless. The medical, paramedical, and nursing staff are participating in a fake emergency simulation to learn how to respond “Reporters heard from Pathak, who also serves as the state’s minister of health.

At least one senior officer, MLA, or minister attends the drills in the state’s hospitals. In other nations, COVID-19 is present, but as of right now, Uttar Pradesh is not in danger, according to Pathak. 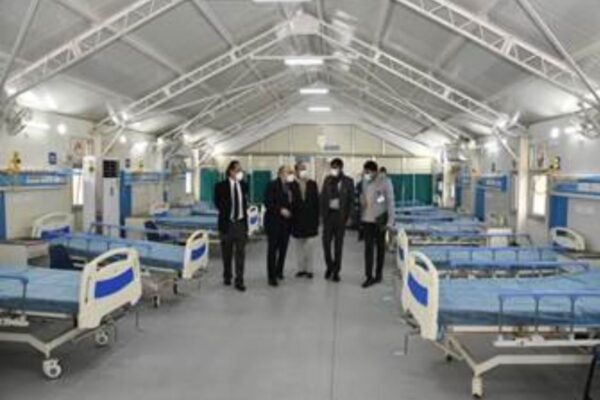 The mock drill will be held, according to the state-run J J Hospital. According to the press release, the city has a daily testing capacity of 1,35,035 at 34 hospitals and 49 laboratories to identify and monitor COVID-19 cases.

All of the state’s government-run hospitals in Madhya Pradesh conducted similar drills.

According to state medical education minister Vishvas Sarang, the COVID-19 situation in Madhya Pradesh is under control and there haven’t been any recent positive cases reported from the state.

Any scenario can be handled by us. Intensive care units, paediatric intensive care units, oxygen-supported beds, and medications were all tested as part of the practice, according to Sarang, who also urged everyone to behave in a COVID-19-appropriate manner.

According to officials, Madhya Pradesh has four ongoing COVID-19 cases as of Monday evening, and no new positive cases had been reported from the state.

The drill also includes participation from one hospital in each of the districts and all private hospitals in the city, the official noted. “If COVID-19 cases increase, we are prepared to handle any situation. This activity is designed to keep our level of readiness in check.

There is currently no need for concern because the COVID-19 outbreak is completely under control. There are ample testing facilities in the state, and we are prepared for any circumstance “According to Siddhartha Niyogi, director of health services (DHS), PTI.

All districts and talukas in the state of Karnataka, according to Health Minister K Sudhakar, have implemented Covid reaction simulated drills. Although the COVID-19 BF.7 variation is transmissible and low virulent, he emphasised that pregnant women, senior persons, and young children should exercise caution.