Emergency period is considered to be the most controversial period; the Indira Gandhi justified the drastic measure in terms of national interest, by giving the reasons that India’s security and democracy was in danger, the second reason she gave was that there is a rapid need of economic development and upliftment of underprivileged section, and third reason that she warned was the intervention of powers from the abroad which could weaken the India.

What actually happened in India after the lockdown emergency was imposed?

Emergency- an overnight decision that the Indira government made, justified it in three specific but not so specific reasons, after the emergency was imposed in 1975, the then prime minister suspended the civil liberties. Nobody in the country back then was ready for this. Many opposition party leaders, media house owners, journalists, and activists were put in jail and tortured for raising their voices. The fundamental right like right to freedom was badly hampered. Right against exploitation was suspended as anyone raising voice against any sort of exploitation was behind the bars. Right to freedom of religion. Cultural and educational rights, freedom of speech all of these fundamental rights were taken away. Freedom to walk freely, speak freely, write freely, express freely, was docked by the government.

While things changed overnight and India was in the face of a Constitutional crisis during the Emergency, the Press freedom was one that took a dark turn. The printing press was censored by the government official, right after the emergency was declared Indira Gandhi appointed an officer and formed a new department called the “press information bureau” to enforce the censorship on the newspaper. 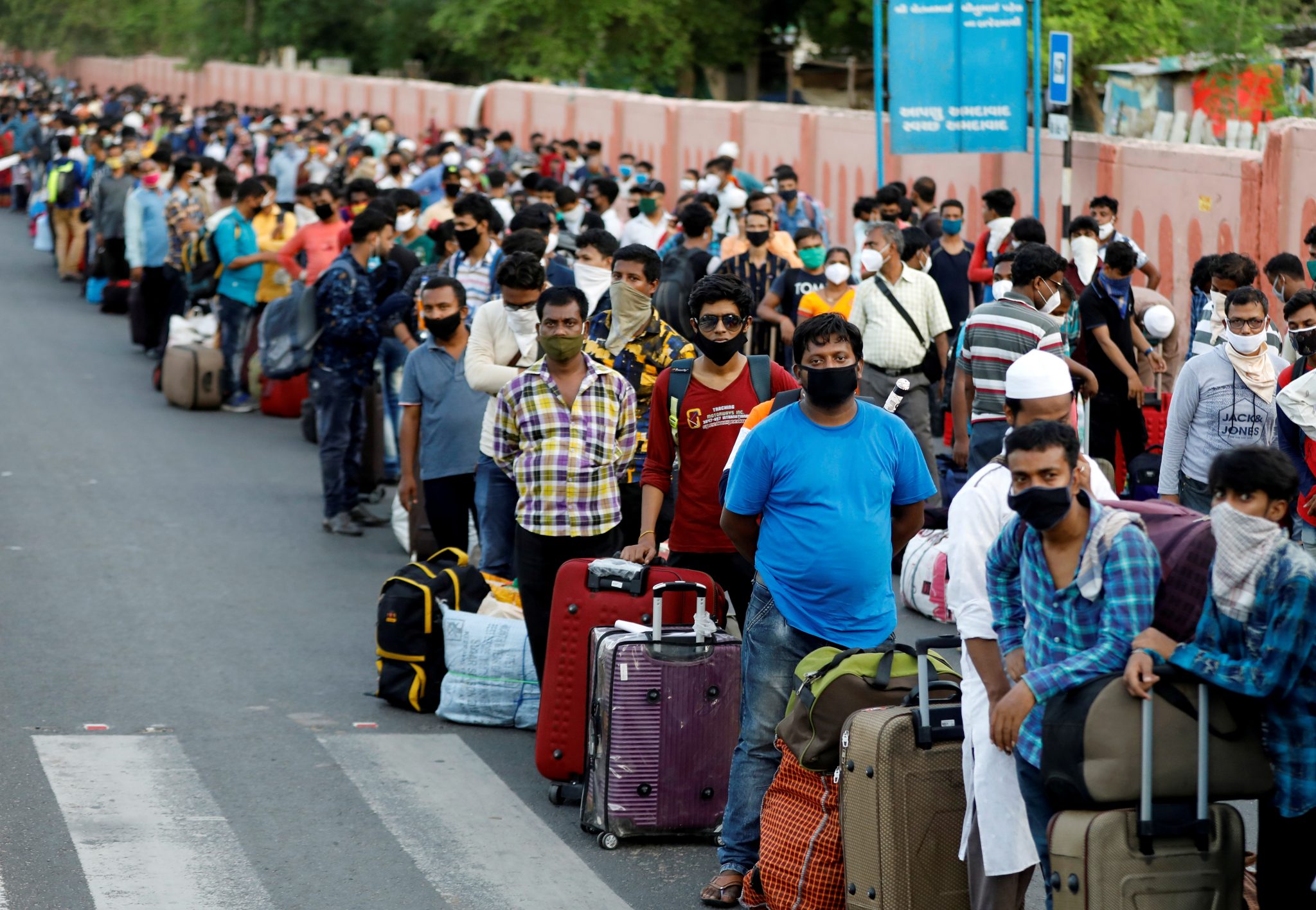 At that period, preventive detention authority was given to the police and administrations, which led to detention of people by the police without any charge and notice to the family, the police used its power against the innocent people, tortured and abused them by making them a political prisoner.

Also, because of the industrial economic growth coupled with the high rate of unemployment the, Indira Gandhi government decided to freeze the salaries of the government employees which led to a huge level of dissatisfaction amongst the workers.

In 2020, when a global pandemic has its grip all over the world, due to the increasing cases of COVID-19 in India, Modi government first imposed the 21 days of  lockdown on 24th of march , that evidently was un- declared and un-planned, like the article 370, demonetization and ,many other decisions. The Prime Minister Narendra Modi is a true khatro ke khiladi as even after being warned too many times by the opposition and the medical experts he did not took measurable steps before in the January when the first positive case of coronavirus was discovered. May be Modi government has this habit of doing and planning things overnight, and the repercussions are always faced by the public.

How 1975 emergency is period is same as the lockdown period?

As, mentioned before the emergency period was the darkest phase India has gone through, so is the coronavirus outbreak which has infected more than 12,000 people in India and more than 400 people are dead. In order to control the spread of COVID-19 Indian government has imposed a complete lockdown all over the country. The lockdown period in India has also led to suspension of many fundamental rights just like what happened in the emergency period. 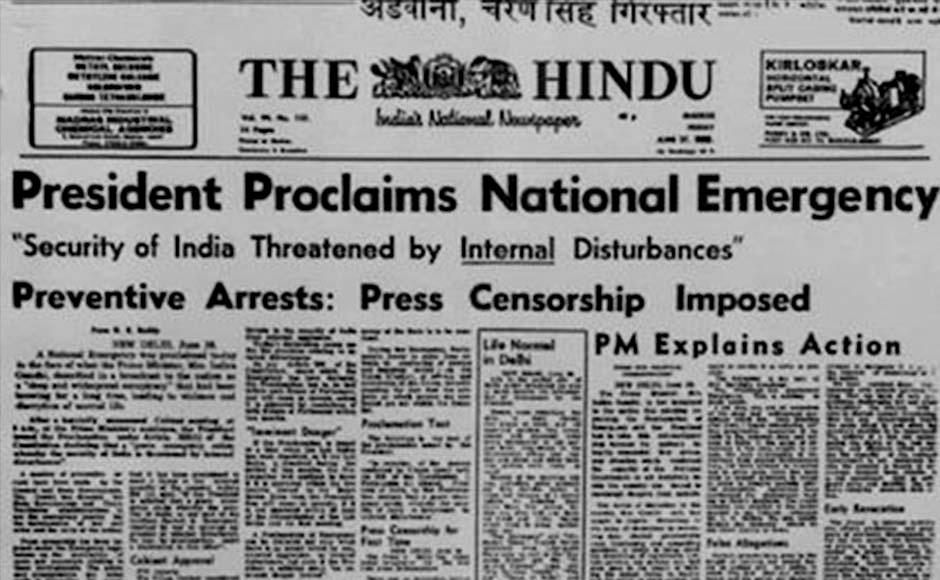 Apart from rights being suspended there are many other facts that proves that the condition of the country in the emergency period is as same as the condition of the country today, at the time of emergency the censorship on the newspapers and the media houses was imposed for the government propaganda. The same thing is taking place in this coronavirus lockdown as digital media is warned by the government to not to broadcast any sort of harsh news on COVID-19, there are certain restrictions that have been imposed on the print and electronic media by the government and there is a full censorship on the social media by the government these days.

Alike emergency period, the police has become more unethical now, at the time of lockdown and is behaving very insensitive, the police in India is well known for its unethical behavior and for harassing the common people, during this coronavirus pandemic and lockdown also police has played its role very well by doing lathi charge on people, doctors, vendors and e- commerce delivery man and doing its willfulness.

How people are dealing with this un- declared emergency?

The un-planned and un-declared decisions are always taken by the government and the repercussions are faced by the citizens of the country, after this un-declared emergency or the lockdown as we call it the economy of India is facing a recession as due to the complete lockdown in the country people are not able to work the industries are suffering heavy losses, all the three sectors of the economy, primary, secondary, tertiary has been affected drastically because of the shortage of resources, raw material and labour.

All the migrant workers have moved out of the cities because of the unemployment and lack of the basic necessities. The un- employment rate in India has been increased by 60%, in mere 24 days the economy has suffered a loss of 12 lakh corers. The people are hardly able to cope up with lockdown, the lockdown has led the people to sleep less, eating and drinking more, increasing anxiety and increase in domestic arguments. 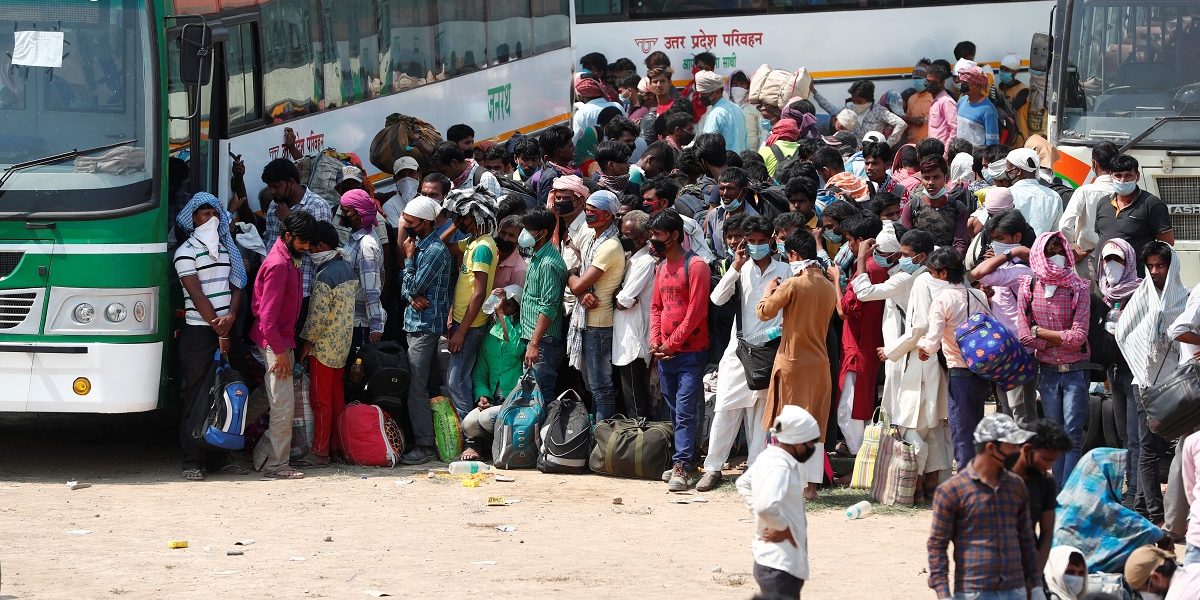 Thus, the comparison between the 1975 emergency period and 2020 coronavirus lockdown is not difficult to make because most of the facts and characteristics of authorities and government are similar. The only thing which is different is that the emergency was imposed because of the economic crisis and for the financial development, but the lockdown has given birth to more financial crisis, economic depression and crisis in the country.

Government To Provide Relief Package To Small and Micro Industries