In a situation where “The Dragon’s” steel construction industry is still in a slump, and ‘The Super Power’ and Europe’s economy are exhibiting signs of recession, ‘The Golden Bird’ took the affluent position to mark its presence and become the savior for weakening global steel demand.

India is on the verge of an economic boom.

India is in the midst of a construction boom and is on the attempt to overtake China to become the world’s most populous country next year. This may be seen in Prime Minister Modi’s attempts to link the whole country with networks of updated highways, rail networks, and ports. This effort will eventually assist ‘The Golden Bird’ in competing with China to become an important location for the manufacturing hub.

According to the World Steel Association, steel demand will climb by 6.7% in 2023, reaching 120 million tonnes, indicating an increasing trend of growth that is projected to be the greatest. Following China a few years ago, the Indian steel industry, which had embraced dramatic growth this year, has surpassed the United States to become the world’s No. 2 steel consumer.

Mr. Jayant Archarya, the deputy managing director of JSW Steel Limited, stated that in the entire nation-building era of the economy, there is a need for a large amount of steel and corresponding commodities. India, at present, is in this development phase, and it has succeeded in establishing the infrastructure to increase the country’s steel consumption to more than 200 million tonnes by 2030.

Players who are putting effort in the part of this development.

With the goal of country development in mind, we can see ArcelorMittal Nippon Steel India Limited, a joint venture between India’s Mittal family and the Japanese, has ambitions to increase the capacity to 30 million tonnes in the next decades. Mr. Gautam Adani, Asia’s richest person, is looking for possible opportunities in the domain along with the development of mills with the support of Posco Holdings Inc., a South Korean steelmaker. The game of demand and supply.

India is witnessing an upward spike in demand for steel. This may be seen that, even though the major portion of steel necessary is produced in the country, India is pressurized to pay duties and import steel from other areas to fulfill domestic demand. According to data from the government, the cost of inward shipments increased 15% from April to October over the past year to 3.1 million tonnes.

How the development plan will exercise?

Despite signs of development, India lags behind its peers in terms of consumption of overall steel, as India remains well behind its Asian rival. For example, next year’s demand will amount to less than a seventh of China’s 914 million tonnes. How quickly and effectively India bridges this imbalance will ultimately be determined by Modi’s construction roll-out of the Ministry of Finance. This amount in figures is estimated to be $1.4 trillion in funding which is calculated as the requisite amount for the successful development of the National Infrastructure Pipeline through 2025.
The problem encountered behind the suppressed steel demand.

We can see that the traditional steelmaker demand is decreasing with time. This situation has generated a tense feeling among local manufacturers due to the influx of cheap imports. To back up the import data, we can see that China contributed more than a quarter of imports in October, while steel from Russia is also finding its way to India. Also, the Chinese real estate crisis, as well as the recurring impact of Covid on various economies, are all contributing to the suppressed steel demand in the next year.

The need to keep an eye on the import of quantity along with quality.

In a situation where the Indian government is paying large sums for steel imports, the quality of steel imported cannot be compromised. There is an imperative need to import steel at affordable and worldwide costs while retaining steel quality that meets Indian norms.

Factors affecting steel production and demand in the future.

In the long run, whether the steel demand is going to satisfy the steel development’s production capacity is a serious worry. The most probable answer is a balance between the recovery of the concerned sector and the Chinese government’s policy of an infrastructure-led economic growth model.

The last words of wisdom.

According to India’s major conglomerates, rising consumption, consumer confidence, and investment patterns will sustain the country’s development narrative, while Europe’s energy problem, the effort to limit inflation to prevent a recession, and persistent geopolitical tensions may hinder global growth. 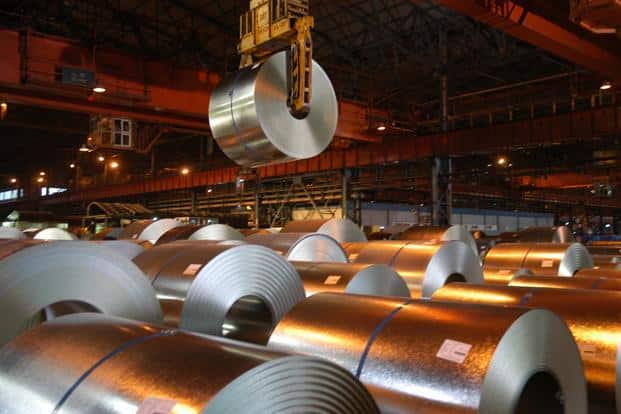 There is an image of a progressive decline of Domestic inflation in 2023, but comparatively low global growth may be a downward force on production. However, there is good news for India since it is well-positioned and will continue to be the fastest-rising economy next year. This is a time to rejoice because, despite the risk of several factors threatening the global environment, India is firmly grasping the hands of opportunity to emerge as a superpower.

An Electronic Vehicles-plosion awaits in 2023, and it’ll be packed with tech

Interest rates hikes & Recession: What Does 2023 Hold For Indian Banks?